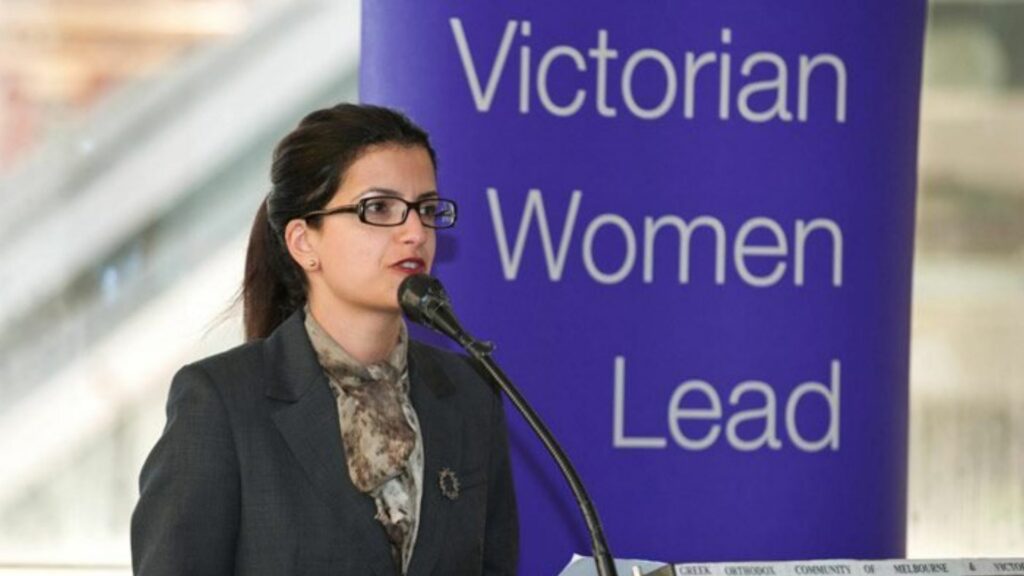 As the Greek Community of Melbourne was getting ready to announce the list of nominees for its 19-member Board on Sunday afternoon, in the hours before the AGM took place, one of the commentaries dominating pre-poll discussions related to the large – ‘record’ according to some – number of women nominated.

But one female absence was notable on the nominations’ list (FULL LIST BELOW): the GOCMV’s first female Vice-President, Tammy Iliou.

“For many months, I have been torn whether to re-contest. I have decided not to. It is a difficult decision but the right decision. I am proud of my contribution and achievements as a volunteer with the GCM – for decades- and in the past twelve years as a Director,” Ms Iliou wrote in a social media post.

The post, highlighting some key moments in her tenure and paying tribute to supporters and fellow Board members, also included a personal recounting of her experience as one of the few women having served on the GOCMV Board and the first in a Vice-President capacity, as well as a piece of advice for the organisation.

“Days into being elected as Vice President, I was clearly shocked to be told by a prominent male community member that I was the ‘token first female Vice President’.
There is no hiding from it. Gender inequality continues to be a challenge. When I was first elected to the Board in 2009, there were just two females on the 19-person Board. This level of under-representation is unthinkable today. However, the current Board did still just have five women.
I recommend that the organisation commits to at least eight female Board Members. This is what many in our community now expect, as do the organisation’s business partners and all levels of government.
It was my aim to change this imbalance and I am saddened that I am leaving this objective unmet. I am also disappointed that more progress was not made with respect to a collective strategic direction and community blueprint.
Ultimately, the organisation’s members and broader community make the assessment if the Board is diverse or representative of the community.
I know and recognise that diversity is not just gender based – and it is time for the organisation to consciously work towards deep and wide representation. Hence, my call out to my member friends to give it a go! There are many memorable moments to be had, friendships to be made and changes to implement.”