‘Immature is a word that gets thrown around by the uneducated,’ Nick Kyrgios tells Herald Sun 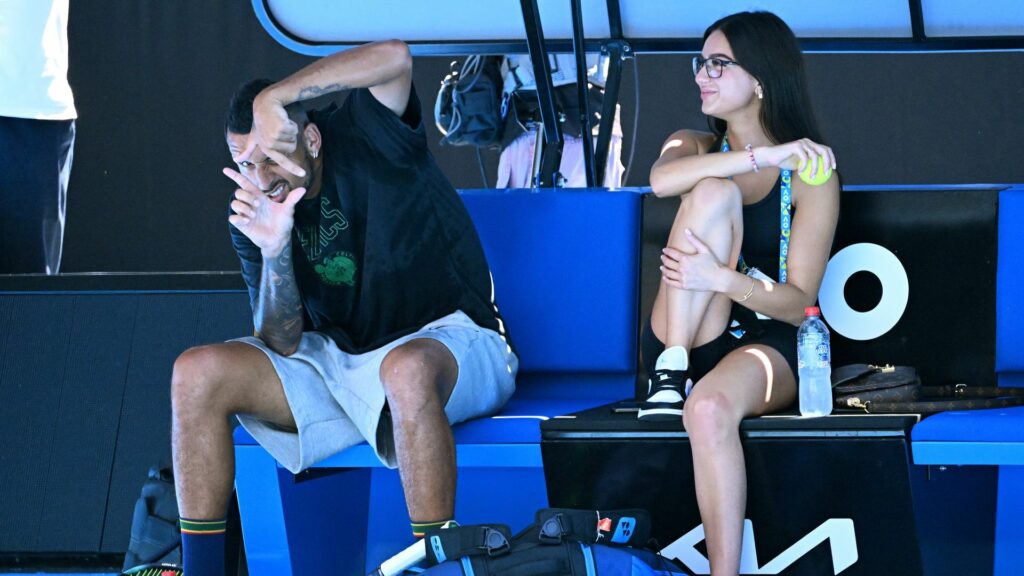 Nick Kyrgios of Australia reacts to photographers while sitting with girlfriend Costeen Hatzi during a practice session ahead of the Australian Open, at Melbourne Park in Melbourne. Photo: AAP/Dave Hunt

Even though Kyrgios says it was fun to be part of the campaign which will launch at the start of the Australian Open, he does not agree with these descriptions of himself.

In an interview published in the Herald Sun on Sunday, the Greek Australian tennis player discusses his reputation of being a hothead, spoilt, immature and egocentric, though he does admit, that these descriptions have not bothered him particularly.

“I know what I stand for, my morals, and what I’m trying to achieve”, Krygios says stressing that  “you’ve got to stop competing with others and just be yourself, and try to be better. It really puts people in dark places when they try to act like they’re something they’re not.”

When he stopped worrying about all that was when he started finding some happiness, he added.

He does however admit that he has been a hothead over the last couple of years, as he wore his emotions on his sleeve, but what he doesn’t agree with is being described as immature.

“I’ve seen more in my lifetime than probably 95 per cent of Australians. I’ve seen many parts of the world … different cultures, met millions of people, seen absolute poverty … tried to help out, and I continue to do so.”

He adds that he doesn’t consider himself spoilt either, as he has “definitely earned the right” to be living the life he lives now and nothing was given to him.

As far as being described as egocentric, Kyrgios explains that he does exude confidence which may be confused with  egocentrism.

“I’m not going to be someone that’s not confident when I’m beating the best in the world.”

Kyrgios landed in Melbourne for the Australian Open on Sunday, after being in isolation with Covid at a friend’s house in NSW where he had access to a tennis court, and as he told the reporters of Herald Sun “he’s ready to put on a show at Melbourne Park”.

Kyrgios, will take to the court on Tuesday.