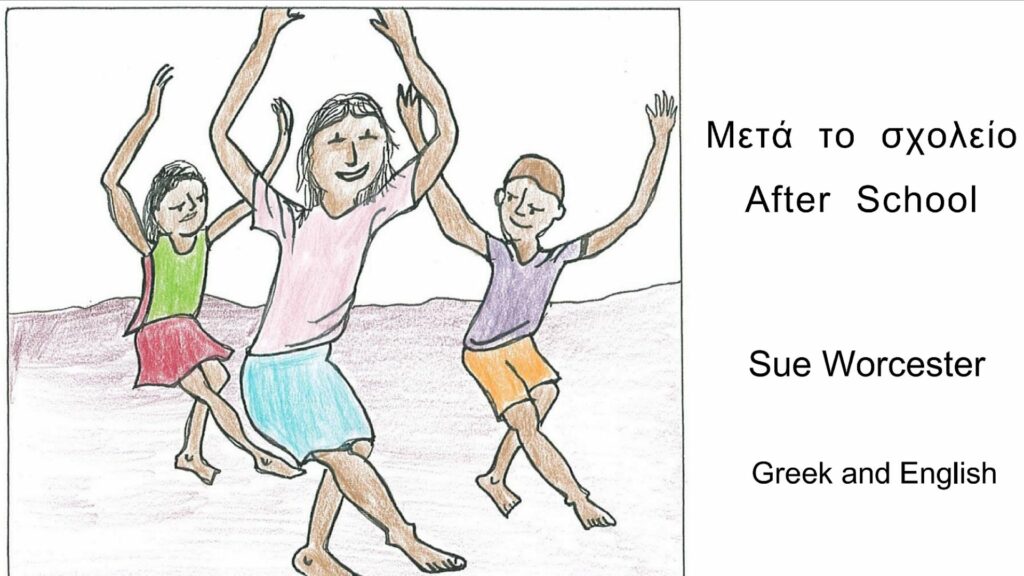 An illustration from the Greek Early Reader that is freely available online by the Research Unit for Multilingualism and Cross Cultural Communication (RUMACCC, University of Melbourne) by Sue Worcester. Photo: RUMACCC

The University of Melbourne’s Research Unit for Multilingualism and Cross Cultural Communication (RUMACCC) has released Level 1 and Level 2 readers in Greek, available for download free of charge.

Greek (Ελληνικά) is the Indo-European language with the longest documented history (over 3,400 years of written records). It is written using the Greek alphabet which also formed the basis of the other current European writing systems (Latin, Cyrillic etc.). Together with Latin, Greek is the main source of our scientific lexicon and has been used to coin new words in many other languages, including English.

Greek is the official language of Greece and Cyprus. Today, at least 13.5 million people speak Greek as their first language, mainly in Greece and Cyprus, but also in Italy, Albania, Turkey and in the Greek diaspora. In Australia, 237,588 people indicated in the 2016 census that they speak Greek at home.

The readers were translated voluntarily by members of the Greek Australian Cultural League in Melbourne (GACL), among them Niki Farfara and Cathy Alexopoulos who also coordinated the translation effort. Thank you Cathy and Farfara. This is a great resource.

♦ Look out next week in our education supplement as Vasso Zangalis launches a four-part series of interviews exploring various aspects and forces around a successful bilingual/immersion programs in the Victorian state school system, beginning with an in-depth interview with Vic Papas of the Department of Education and Training (DET).