Kyrgios and Kokkinakis blast through to the final 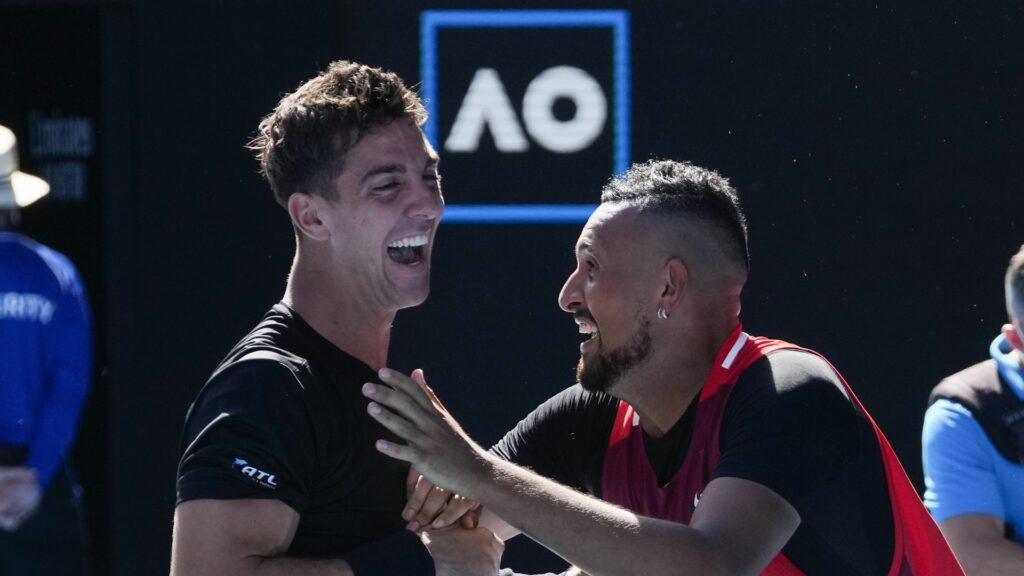 Nick Kyrgios of Australia and compatriot Thanasi Kokkinakis, left, celebrate after their win over Marcel Granollers of Spain and Horacio Zeballos of Argentina in a doubles semifinal at the Australian Open tennis championships in Melbourne. AP Photo via AAP/Simon Baker

In a packed Rod Laver Arena Nick Kyrgios and Thanasi Kokkinakis gave their 100 per cent while fans were cheering on non-stop.

The Greek Australian mates, an unseeded pair, have made it to the final of the Australian Open, against all odds and expectations, storming past Argentinians Marcel Granollers of Spain and Horacio Zeballos with 7-6(7-4), 6-4.

Kyrgios and Kokkinakis won serving aces (13 all up) and sending down 32 winners to 21 and dominating the sets while a sometimes frustrated Kyrgios who was clearly playing to win got warnings at the same time Kokkinakis stayed calm.

They will face Matt Ebden and Max Purcell in Saturday’s final; an unexpected all-Australian men’s doubles for the first time since 1980.

“I have played a lot of singles matches around the globe with amazing atmospheres,” Kyrgios said out of breath and excited.

“But this week with Thanasi playing in front of you, nothing beats this. This is insane.”