The Ship of State sails with confidence into the future 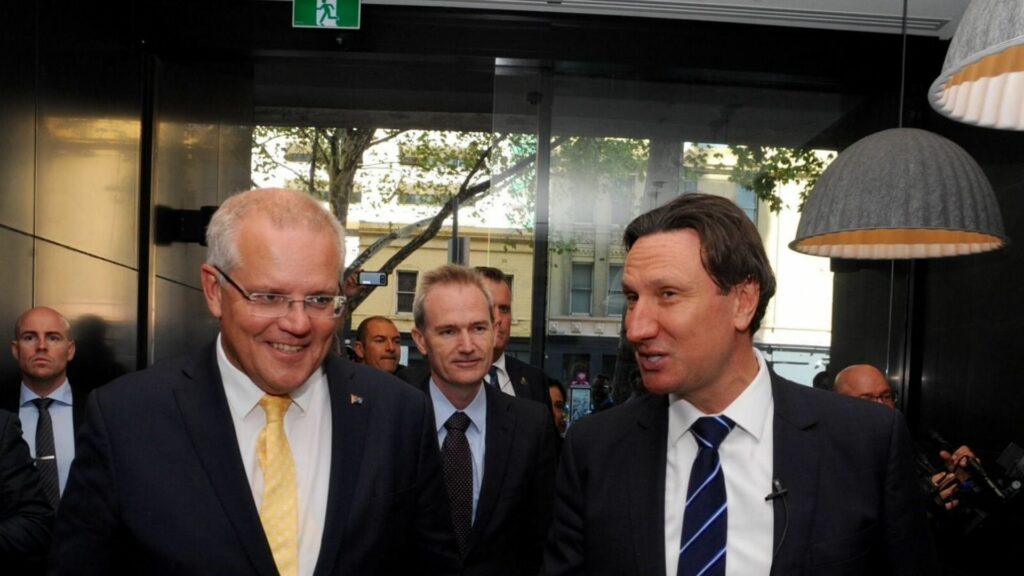 Plato talked of the Ship of State as a metaphor for governance and direction. The Greek Community of Melbourne (GCM) has had steady governance and now looks to the future. I think we can all be proud of the achievements of our administration and those of our 125-year-old community.

The pandemic impacted on all of us, most profoundly on the Greek community of Melbourne.

Tragedy, business hardship, the absence of community events, challenges for students, unable to see family and friends all weighed heavily on us.

However, through all these difficult years, we have steered the GCM well. We now have the economic footing and an experienced board to meet all challenges. It is a Board with a transparent agenda, with the Community’s achievements over the past decade being visible to all.

The Greek Community is now a national leader of global repute.

With the support of government, business, and numerous Greek Australians and their families, we raised many millions of dollars over the past decade which has allowed us to achieve much.

Key amongst these is the completion of the 15 storey Greek Centre in the city which brings in one million dollars per year to the Community.

The Centre has facilitated the presentation of (Pre Covid) over 150 events each year – events that included musical performances, theatre, exhibitions, film, lectures, comedy and much more.

Looking forward, we plan to expand the Greek Centre’s programs via the Greek Centre Hub at the new Russell Street property that was purchased with $5.5 million which we received from commonwealth and state governments.

We have also recently received the opening offer from the State Government for the property in Bulleen. The Government have offered $11.48 million for the old drive-In site.

We have advocated for the benefit of all Greek Australians lobbying both the Federal and Greek governments. Our efforts have contributed to; a Working Holiday Visa; negotiations for a Tax Treaty between Greece and Australia and a Reciprocal Health Care agreement.

We hosted Prime Ministers, Ministers, and other parliamentarians at our Greek Centre and and are in regular contact. No government ignores us when it comes to Greeks of the Australian Diaspora We contribute to health and social policy discussions, and in this time of global pandemic we have regular input with Minister Hunt and Minster Foley and key health officials. These deep and constant relations led to the rollout of the vaccination hubs at our churches in August and September last year

I am proud of the GCM Board’s work on education. We have been vigilant advocates for the Greek language and Hellenic heritage. We have over 1200 students in our Greek language school, the largest Ancient Greek program in Australia, extensive Greek for adult beginners and an early learning programs.

We were instrumental in saving the La Trobe University’s Modern Greek program and successfully lobbied the Federal Government for $2.5 million for the establishment of the Greek Community of Melbourne Hellenic Chair in Diasporic Studies at the University of Melbourne

On the Cultural front we have been equally active and successful. The Antipodes Festival has doubled its footprint and impact. It is now an annual major cultural and arts event that promotes Hellenic and cross-cultural arts whilst delivering a major cultural and economic benefit to Melbourne of well over $7.5 million.

We stage over forty Greek history and culture seminars each year – even during the recent lockdowns.

We have provided unique experiences for our members and linking Greek sporting stars with our members including, the Greek National Football team, the Greek U21 National Basketball team and the tennis champion, Stefanos Titsipas.

I point to the above only as reference to the great work and achievements of the GCM Board. We have endured, we have been resilient, and we are building for a future.

Now as thin rays of hope peer through the dark clouds of the pandemic, we will extend on the work we have done.

We will continue to service the educational, health, economic needs of the Greek community – across the generations.

We do this with the view that Hellenism in all its hues and diversity is sustained and strengthened. With this, our younger generations, can walk with pride and confidence as Hellenes and as Greek Australians.

*Bill Papastergiadis is the President of the Greek Community of Melbourne and Commissioner of the Victorian Multicultural Commission.