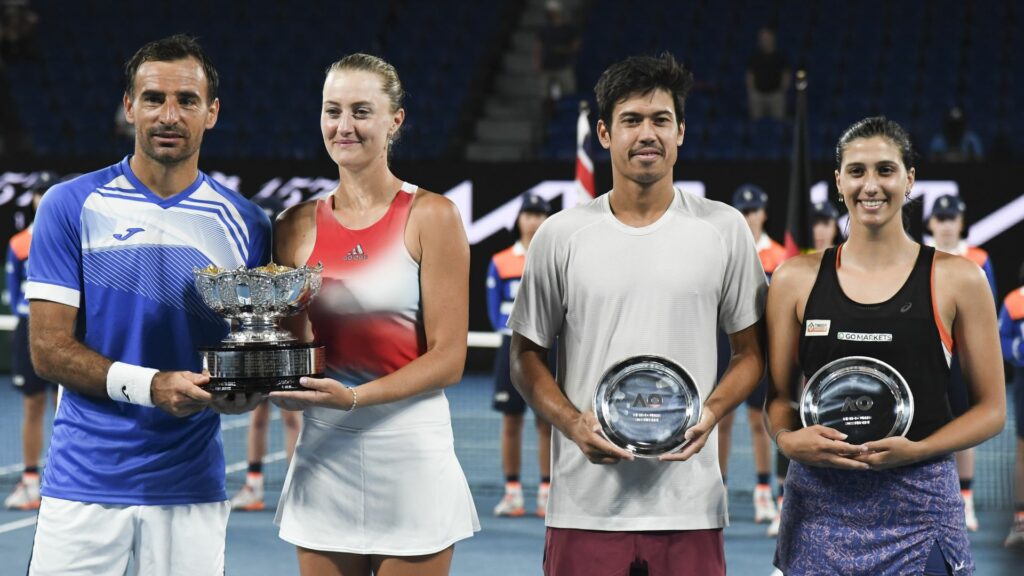 Mixed doubles couple Jaimee Fourlis and Jason Kubler did not manage to claim the title at the Australian Open against European duo Kristina Mladenovic and Ivan Dodig.

The French-Croatian combination, won with a 6-3 6-4 victory on Friday afternoon.

Neither Fourlis or Kubler had won a grand slam mixed doubles match before they joined forces and were handed a wildcard for this year’s Open.

The pair saved match points in three of their first four matches and took a “nothing to lose” attitude into the final against the fifth seeds.

But they were broken early in the first set and were ultimately outclassed by their more experienced and aggressive opponents.

Both Fourlis and Kubler have has serious injuries earlier in the year, a shoulder and a knee respectively but still managed to have a stunning run.