Since the days of “Pistol Pete” Sampras a few Greeks have had a prominent role in the Australian Open. Mark Philippousis and Marco Baghdathis played their part, but this year the Greeks are everywhere … 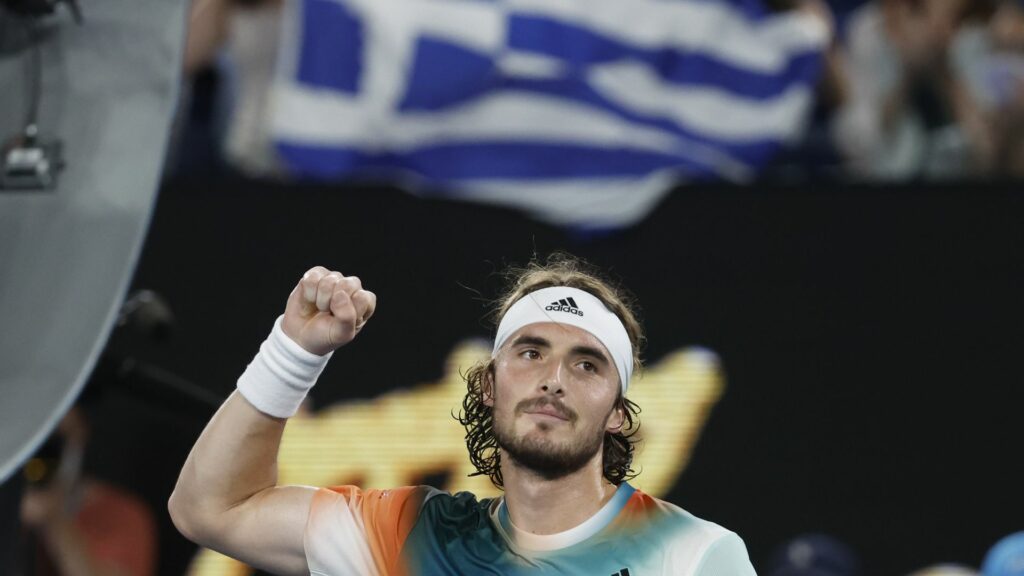 Stephanos Tsitsipas of Greece is set to do battle with Dannil Medvedev tonight at 7.30pm. At stake is a place in the men’s singles final of the Australian Open on Sunday. Photo: Andy Brownbill/AP Photo

Tennis is not one of your traditional Hellenic sports Greeks from the homeland and the diaspora have done well over the years but never have so many done so well in a one Grand Slam tournament as in this year’s Australian Open. Blink and you will miss another player of Greek descent contesting the latter stages of the tournament.

At the time of writing, Friday evening was crunch time for Stephanos Tsitispas due to face the Russian Dannil Medvedev for a place in Sunday’s Men’s final against either Matteo Berretini or Rafael Nadal who played in the afternoon.

If ever the term “wildcard” was well suited it must surely apply to Greek-Australian partners Nick Kyrgios and Thanassis Kokkinakis who on Saturday face Matt Ebden and Max Purcell in an all-Australian double’s final.

On their route to the finals, the Greek-Australians have turned the men’s doubles on its ear with their chest-bumping, gallery-pleasing, animated showmanship that has irritated defeated favourites and enthralled the crowds.

READ MORE: Stefanos Tsitsipas speaks to NK: ‘Most proud of putting Greece on the tennis map’

One television commentator was moved to declare after their quarter-final victory on Wednesday that the Kyrgios and Kokkinakis display was “the future of tennis” as they appealed to the youth audience with their boisterous good times celebrations.

At the time of writing, another Greek-Australian, Jaimee (Dimitra) Fourlis was teaming up with Jason Kulbler to take on Kristina Mladenovic and Ivan Dodig in the Mixed Doubles’ final at the Rod Laver Arena.

Although Maria Sakkari did not do as well as we all hoped, she nonetheless advanced to the fourth round of the Women’s Singles before succumbing to American Jessica Pegula.

Michaela Laki is another rising star of Greek tennis with the 16-year old advancing to the quarter finals of this year’s Australian Open Juniors tournament. She is number 11 in the world and everyone is taking notice.

Sofia Kostoulas is yet another rising tennis star of Greek descent who plays under the Belgian flag and was set to face Australian Charlotte Kempermaers-Pocz in the Australian Open Juniors semi-final on Friday afternoon.