Property sale could see $100 million for Greek organisations in Sydney

The Hellenic Village president, George Mpliokas, explained to Neos Kosmos, that the sale could guarantee income and investment for the community’s needs of today, with a school, a community centre and various other philanthropic projects 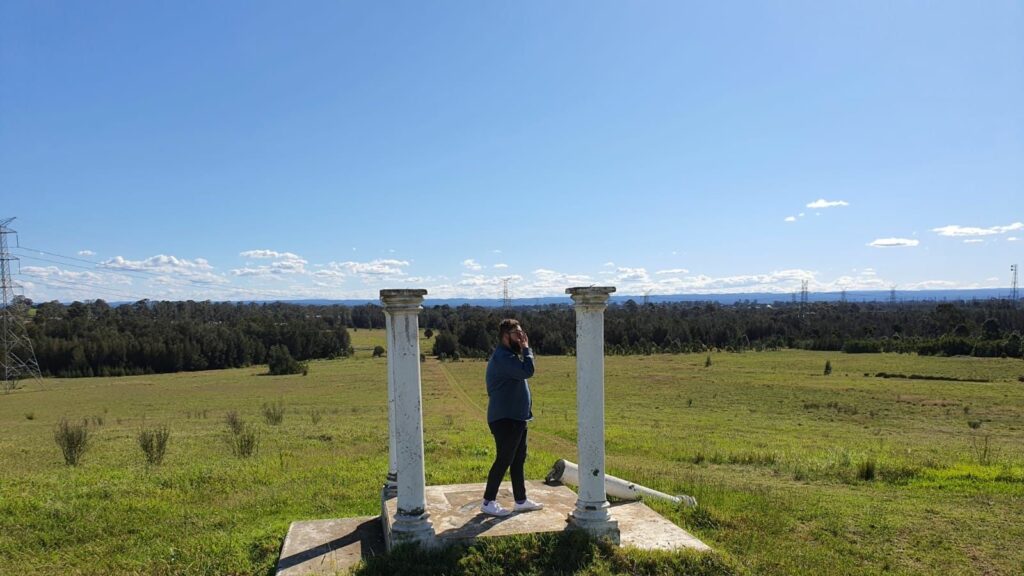 In a historic unanimous agreement, delegates of 21 Greek organisations in Sydney voted in favour of taking the next step in realising their vision for the future of the Greek Australian community.

These organisations, which make up The Hellenic Village, agreed to list its 105-acre Kemps Creek property on the market, in order to fund new initiatives and charitable works for the community.

The property, which is estimated to sell for more than 100 million dollars is situated only seven kilometres from the new airport in Sydney, which is under construction, raising its value significantly from the day it was purchased for around $500,000 by the federation of Greek organisations, more than 30 years ago.

“This will be a lifeline to the existing organisations, for the associations that operate today, but also a pathway forward for future participation in our community projects,” George Mpliokas, president of The Hellenic Village, told Neos Kosmos.

When the property was acquired in the late 1970s-early 1980s, the community had different ambitions, which are not as relevant in today.

George Mpliokas, explained to Neos Kosmos, that it all started back when, the Pan Arcadian Association approached the NSW government about acquiring a plot of land from the state government.

“The response they had from the government was that instead of supplying one association with a plot, they would be willing to offer the opportunity to a broader group of Greek associations.” And hence, The Hellenic Village was created, a Federation comprised of 21 Greek Associations in NSW, who then raised the funds to purchase it outright, by the end of the 1980s.

“The original ambition was to establish a Hellenic village. To develop the site ourselves, and to build homes where each of the Greek associations and their members could purchase homes and live together in a Greek neighbourhood. But that’s not really the reality of the situation today.”

George Mpliokas explained that by investing elsewhere, they would be able to cater for the community’s needs today, with a school, a community centre, and various other philanthropic projects as well.

Constantine Boulougouris of MinterEllison and John Azarias, a prominent Greek Australian philanthropist in Sydney were invited by previous Boards to draft the new corporate structures.

“This work has been done pro bono and the current Board has continued to work with them both in this area,” Mr Mpliokas adds.

“The most important thing for us to consider is that the proceeds from the sale of the property aren’t just to spend until we hit zero. We need to have a portfolio of assets that will generate income for us in perpetuity for these objectives. The aim is to have a varied portfolio (for which we will receive the relevant advice), that will generate sufficient income that will cover all of our costs, and fund various philanthropic work.”

There was a breakdown of trust historically, Mr Mpliokas explains and therefore the current board has been extremely focused on regaining that trust and keeping the members and the community informed.
“Monday’s result brings us a step closer to transforming Sydney’s Greek-Australian community for the better,” Mr Mpliokas said after the extraordinary General Assembly on 21 February. “We met, considered and unanimously agreed to move forward, and credit is due to all 21 organisations, to the Board’s commitment to transparency, and to our shared vision to plan for our future as a generous, benevolent and philanthropic community. For that, I say thank you.”

There’s plenty of interest in our community, for different projects that have a lot of potential, Mr Mpliokas adds.

“We’re a very diverse community. We have migrants who arrived recently due to the economic crisis in Greece. We have Greek Australians who have been here for more than a hundred years. We have different generations of Greeks.

“If we can embrace that diversity, then we’ll unlock a lot of potential in young people, especially in those who identify one way or another with our culture and history. But we have to foster it. And it’s important to guard it from the historical challenges in our community, whether they’ve been ideological or based on power, or the differences from one generation to another.”