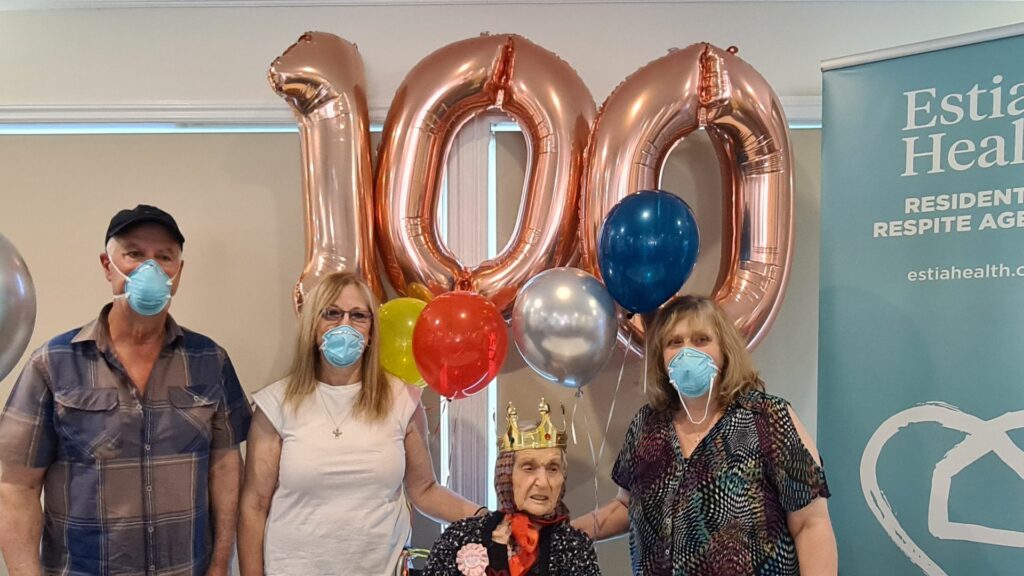 Mrs Marianthi with her three children on her 100th birthday. Photo: Supplied

In 1922, the year that Smyrna was burned, Marianthi Kapantai was born across the sea in the village of Filia on the island of Lesvos (Mitilini).

Her life wasn’t easy. She lost her partner at 30 and was left with three young children aged two, five and nine years old.

Marianthi had to stand on her on two feet and make do.

Only a few years after the civil war in Greece, where life was particularly hard, in a landscape where poverty, death and fear reigned, Marianthi kept persevered. She never remarried and worked unimaginably hard to raise her three children being both a mother and father figure for them.

In 1972 her eldest decided to migrate to Australia. A year and a half later she followed with her other two children. At the time she was 52, yet, she dared to cross the ocean and go to the other side of the world, to an ‘island’ much bigger and different than Lesvos, the only place she’d ever known.

Life proved her right, rewarding her for all the pains and struggles of the previous 50 years. Watching all her children advance and accomplish their goals, she gained relief and pride through their achievements. All her children married and provided her with with the joys of five grandchildren.

On 5 March, Marianthi celebrated her milestone 100th birthday. Her entire family came together at Lifestyle Oakleigh Aged Care where she has been a resident to honour her and share the love throwing a big party.

“We wish her to always be well and we thank her for all she has gone through for us. We love her immensely,” her children told Neos Kosmos.