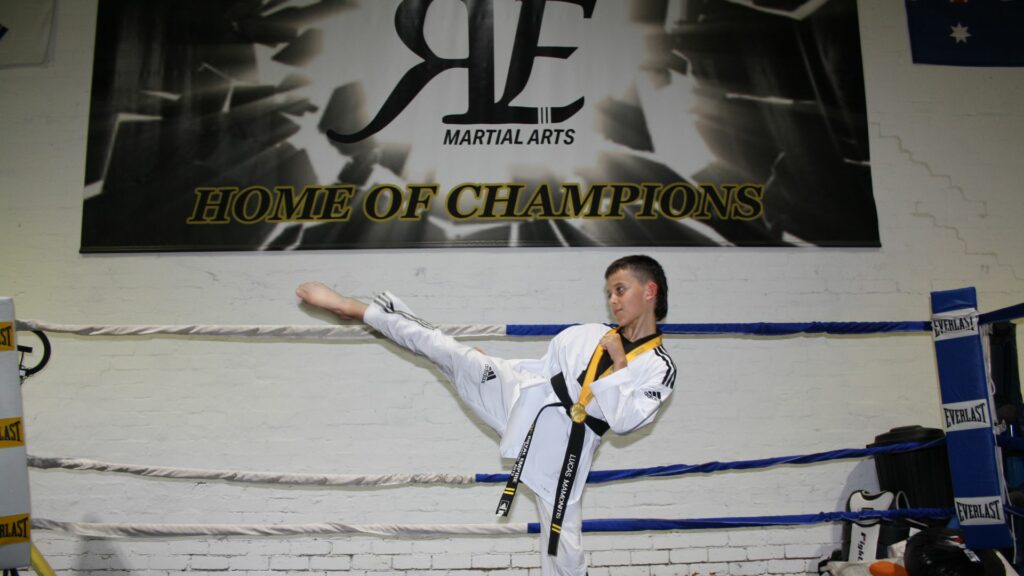 The little taekwondo pocket rocket is back and swinging without missing.

At just 10-years-old, Lucas ‘The King’ Mamonitis has secured his second national title in taekwondo after competing at the 2021 Australian Taekwondo National Championships in Brisbane on Friday, 1 April.

The young athlete took home the gold in the black belt under 10s division, keeping him as the undefeated winner is his division to date.

Australia Taekwondo have been playing catch up since cancellations caused by the pandemic put the competition on hold and so this was Lucas’ return to the national competition since 2019, where he won his first national title.

While winning the national title was a great highlight of his time in Brisbane, the young Melbourne local was given an extra surprise on the trip back home.

The cabin crew manager on Lucas’ flight noticed the gold medal and asked about the youngster’s latest feat. His father Phillip was asked to write down some details and upon landing a special announcement was made by the cabin manager congratulating “Lucas Mamonitis from Victoria” who “won a National Taekwondo title over the weekend in Brisbane”.

The airplane erupted in cheers and claps for the little King and the congratulations continued as he picked up his luggage from the carousel.

Last year Lucas made his way to the Victorian State Taekwondo Championships and took out the state title in his division after winning all three fights.

“I put in a lot of effort, so it felt really good to win,” he told Neos Kosmos.

Lucas continues to train at Royal Empire Martial Arts and expressed his gratitude for all the support he recieved in the lead up to his fight.

“I want to say thank you to all of my coaches and especially my older brother Evan for training and coaching me during my fights.”

Now the young athlete is putting his focus into making it to Perth in October for the 2022 National Championships.