You know those uncomfortable truths about fathers and sons? ‘Anathema’ airs them out

Not all migrant stories are success stories. Here’s one dedicated to those of us who “fell through the cracks”. And while made for screen, it is more rooted in real life than you’d think. 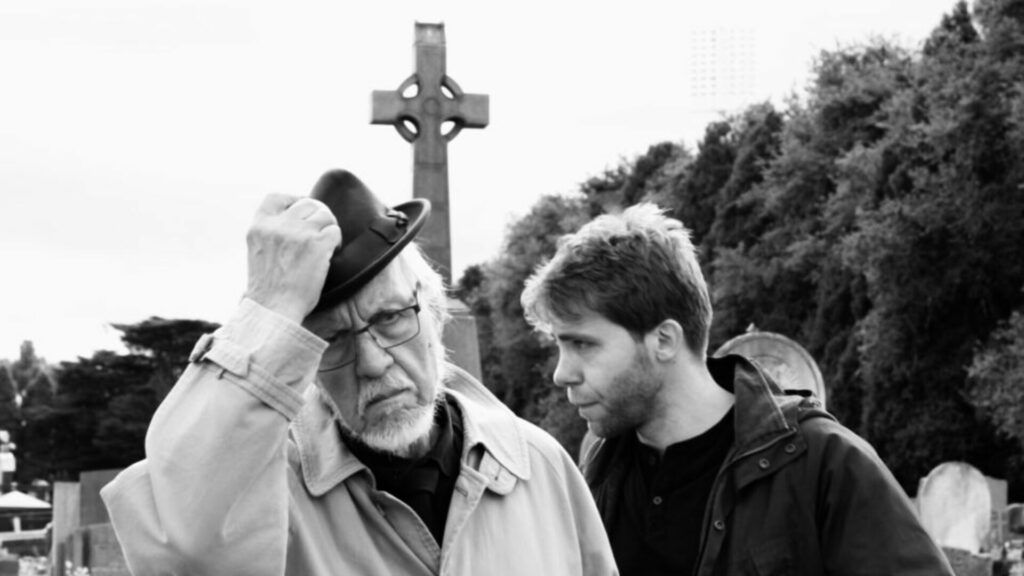 Antonios Baxevanidis as the father and protagonist Kostas Moutsoulas. All Photos: Supplied.

March 2022 has been special for Ange Arabatzis.

It marked day four of shooting his first ever feature film. Two years after day three.

But even before the pandemic hiatus, ‘Anathema’ has been in the making in some form or another for the past decade.

“I’ve written several, I wouldn’t say drafts, but rather versions of the same core story, which is pretty much the son trying to distance himself from the trauma bestowed on him by his father and trying not to become him and move on with his life, ” he tells Neos Kosmos.

If you came across Arabatzis’ lockdown creations, chances are you had at the minimum a giggle with the “Manny Cockaflopoulos” videos, whether your type of comedy or not.

But his new movie coming to life, after covid hibernation is “a surrealist drama”, he says.

Approaching middle age, the protagonist is struggling to begin a new life with the woman he loves, faced with his mother’s recent death, and the expectation, as the only child, to care for his ailing father.

“An emotionally unavailable man and the catalyst for our protagonist’s inability to access his own emotions,” as Arabatzis describes him.

Airing out the uncomfortable trauma

Playing the son is Greek born Kostas Moutsoulas who migrated to Australia about a decade ago. Nicola Jayne performs the co-lead role of the woman he falls in love with.

“We got together with them and workshopped a lot of the scenes between the two lovers, and they really talked to the work from the beginning.

“They responded to each other with this sort of synchronicity and that was great to watch. I mean I’ve got video footage of them in rehearsal that I’m even thinking ‘could I incorporate that in the film'[…] The chemistry between the two of them is unbelievable.”

The father character is performed by veteran Antonis Baxevanidis. And Arabatzis says there couldn’t have been a better casting fit, with his real-life experiences resonating with some of the film’s storyline.

“So him being an artist, an actor and being able to see it through that lens, but also having the experience on the other side of it, it really gave it such a strong sense of authenticity and also artistry required to perform in a particular way that’s cinematic.”

True to the biblical roots of its name, ‘Anathema’ incorporates elements of sin, remorse and “contradiction between one’s actions and inner spiritual state.”

Expect to see scenes portraying love and loss and what ties together children of migrants in their “struggle to find their own voice.” 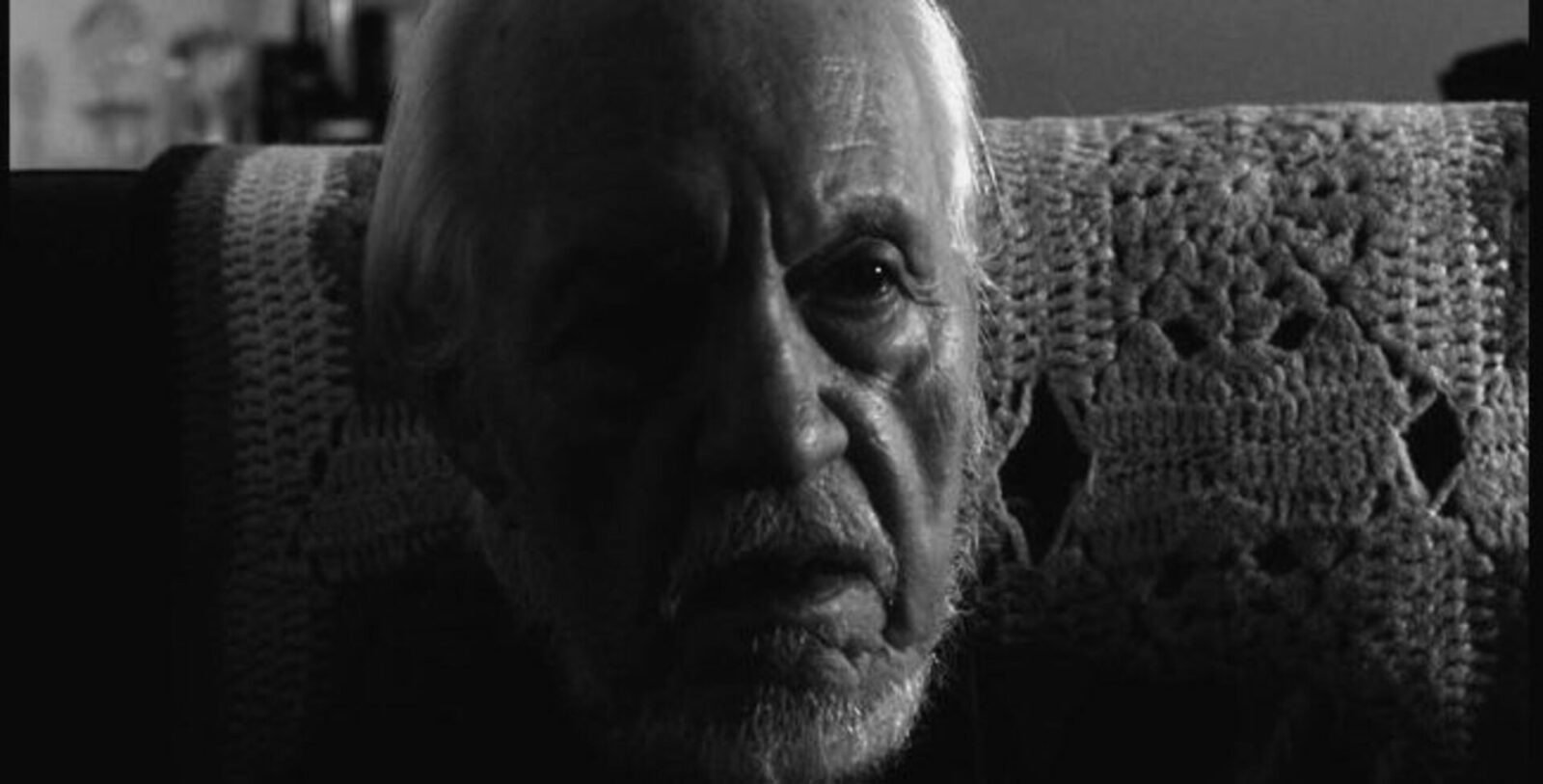 "He is a brilliant actor and man and he has this sort of rich personal history as well[…] Shooting with Antonis and listening to a lot of the stories and a lot of the things that he went through as a young man, it was really just beautiful to sit there and talk to us as humans, not just filmmakers." "We've worked together a few times with Kostas and I thought he would be perfect for the role. He has an almost old school, European leading man type of energy about him."

Arabatzis says he has endeavored to talk about migration traumas that often slip under the radar.

“There’s probably some uncomfortable truths that haven’t been addressed by the children of migrants[…] We tend to romanticise, when we look at 60s and 70s old grainy photos and project onto those images how they were together with their people in a new country, going to tavernas, living in close knit communities. I mean I know I’ve romanticised that.”

“But I think every family has the story of an ‘uncle’, an ‘auntie’ who kind of fell through the cracks.”

For the Arabatzis clan, it was not a blood relative but still a beloved ‘theio’ who resorted to alcoholism.

“He always had the smell of beer on his breath, and he was always funny and you know larger than life. He ended up moving to the country and I remember when asking my parents it was always a vague story that he left Melbourne. But when you look back as an adult you realise he didn’t have his family here, the move to Australia must have been hard for him and so on. It’s a sad story and he didn’t have the mental health support that we have now.”

Not everyone is impacted negatively by displacement, he says, but neither is the migrant reality is always made up of success stories.

“And even for those who do have the sort of successful migration story, there’s always something not 100%. As kids we live through traumatic experiences but we kind of laugh them off. We make jokes – I sure do – about how eccentric our households were.”

It is scientifically proven that men can ‘inherit’ paternal trauma.

But hearing Arabatzis say “Anathema is anchored by the theme: The sins of the father shall be visited upon the son” doesn’t make you wonder ‘has he also read that research about legacy of trauma passed down generations?’.

Rather it’s tempting to ask: “How much of the film is based on your own experience?”

Don’t jump into conclusions though. This is not a movie about Ange and dad.

He does admit having felt ‘distance’ and ‘tension’ between the two of them while growing up.

“Which was mostly on my end. Hopefully, I’ve gotten older and a little bit wiser and our relationship over the last few years is really just gentle and kind. And it’s very different to anything that’s portrayed in the film.” 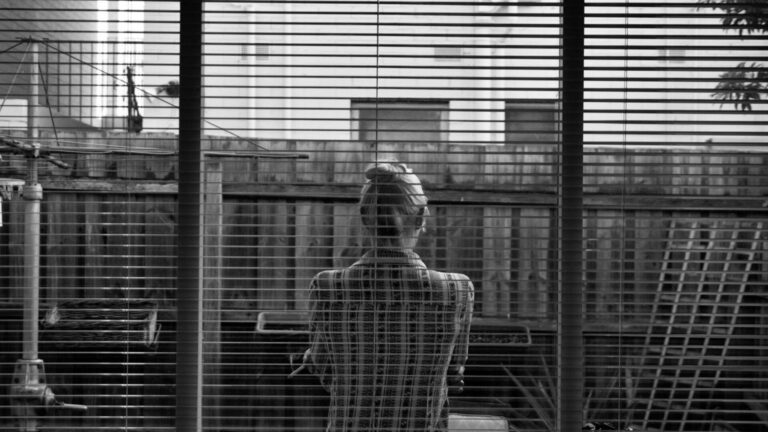 But these experiences of distance and tension with his father have informed the film in an indirect way.

“It has allowed me to look back and just extract little bits and pieces and make something creative, artistic out of it.”

It seems 10 years in the making was in fact the right timing for ‘Anathema’.

“I’m relieved I never got around to make the film when writing those versions years ago. Because I wasn’t ready as an artist, as a man, to approach the subject matter with nuance and kindness and tenderness.

“It’s the right time to be making this film now.”