French politics: an armchair for three

European politics analyst, Dr Georges Tassiopoulos sees a triumphant Emmanuel Macron, the rise of the ‘third man’ in French politics, in the form of leftist, Jean-Luc Mélenchon, which means campaigning for the Parliamentary elections set for 12 and 19 June have begun and the dust has hardly settled from this election. 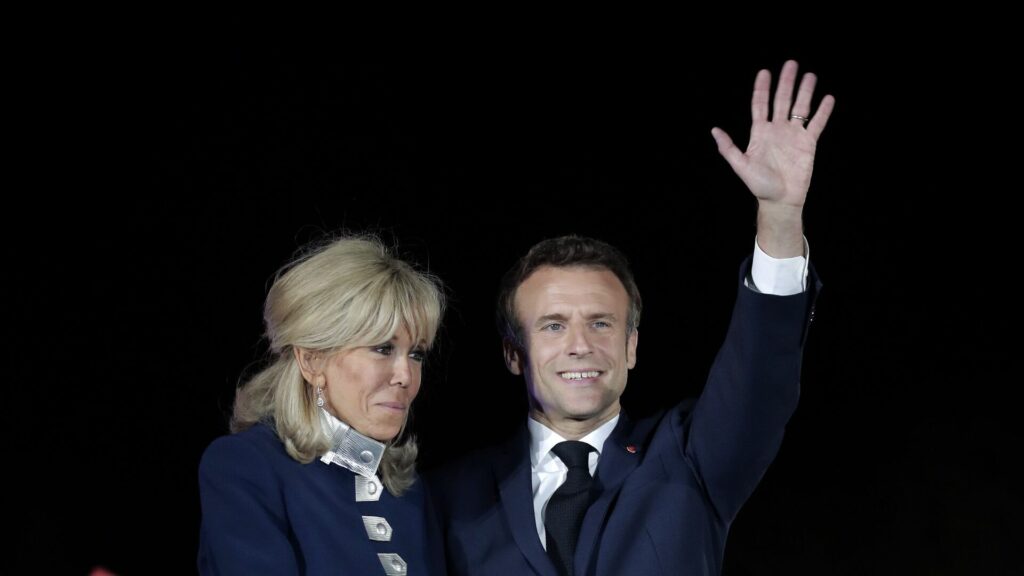 The image of Emmanuel Macron, accompanied by his wife and dozens of children in the Champs de Mars against a backdrop of the Tower of Eiffel in Paris dominated television screens on the evening of April 24, 2022.

As in 2017, Beethoven’s Ode to Joy played, sending a clear message about the European-friendly orientation of the newly re-elected French President. This contrasted with his opponent and her cautious, often hostile, attitude towards the European Union and its institutions. It revealed the gap between a France open to Europe, and to the world, deeply implicated in globalisation, and a second France, deeply attached to its own traditions and past, according to which “It was [always] better before” (C’était mieux avant).

Arguably, interpretation of the result is extremely complicated, and it is easy to come to a completely different conclusion every time. That is why the French presidential election result should be analyzed very carefully.

As far as Emmanuel Macron himself is concerned, this is a very big victory. He has become only the third president after François Mitterrand and Jacques Chirac to be re-elected for a second consecutive term. This success is particularly important given that the two previous presidents, Nicolas Sarkozy, and François Hollande, both failed to do so. However, Macron managed to effectively address the political phenomenon of “dégagisme” the closest English translation is kick ’em out.

This was the sword of Damocles over the heads of all French politicians for many years and has become an effective bottom-up pressure on the French elites. Obliging them to keep their promises, in a country with a long tradition of popular uprisings against those in power.

As far as Emmanuel Macron himself is concerned, this is a very big victory. He has become only the third president after François Mitterrand and Jacques Chirac to be re-elected for a second consecutive term. This success is particularly important given that the two previous presidents, Nicolas Sarkozy, and François Hollande, both failed to do so.

For Marine Le Pen, the election result was important for two reasons. She managed to increase her share of voters by 8.5 points, from 33 per cent to 41.5 per cent. And she engaged blue collar voters, and as the poorest (mainly white) in France, particularly in French overseas territories. In doing that she overcame the “Extreme-Right” label, used by opponents for decades as a red flag. On the other hand, like her father in the past, she neutralized a rival who challenged her leadership of the nationalist hard right.

A few months ago, polls announced journalist-candidate, Eric Zemmour, would obtain 18 per cent of the vote, although first-round presidential election results gave him only 7 per cent. Marine Le Pen also overcame a mass flight of high-ranking members of her party, including her niece, Marion Maréchal-LePen. This was a severe blow to the LePen project of intergenerational family politics begun by grandfather, Jean Marie Le Pen, in 1972. Dynastic political families are well known in Greece and for a long time but are rare and unprecedented in France.

That is a candidate who does not qualify for the second round but wins a significant share which may allow him to play a prominent future role in the French political process. As in the 2017 election, this “third man” was veteran left-wing politician, Jean-Luc Mélenchon who even managed to improve his first-round share by 2.37%, rising from 19.58 per cent to 21.95 per cent. Ségolène Royal, the defeated 2007 Socialist candidate (lost 47 per cent to 53 per cent in the second round), declared that if the Greens (4.63 per cent), the French Communist Party PCF (2.28 per cent) and the Socialists PS (1.76 per cent) had withdrawn their candidates, the second round of the French presidential election would have been completely different. With one candidate of the United Left leading with 30.62 per cent, against the Centrist Emmanuel Macron, who got 27.85 per cent in the first round, this would have led to a completely undecided race. Every candidate who surpasses the psychological level of 30 per cent in the first round is usually elected in the second one.

Even though the French Left has lost this presidential election, all of this is now history. However, that doesn’t mean political offensives are over. While the processes of forming a new government have begun, election campaigns have been launched for the French Parliamentary elections on 12 and 19 June.

Early indications suggest these elections may be even more unpredictable than the ones that have just ended.

Dr George Tassiopoulos is a Greek French political scientist, with a doctorate in political science from the University of East Paris. He was born in Athens and has lived in France for the past 20 years where he teaches geopolitics in a business school in Paris.