George Xylouris is back in Melbourne – May 29 marks his first solo performance in 30 years, followed on June 3 with Xylouris White the collaboration with Jim White (Dirty Three) for the Rising arts festival 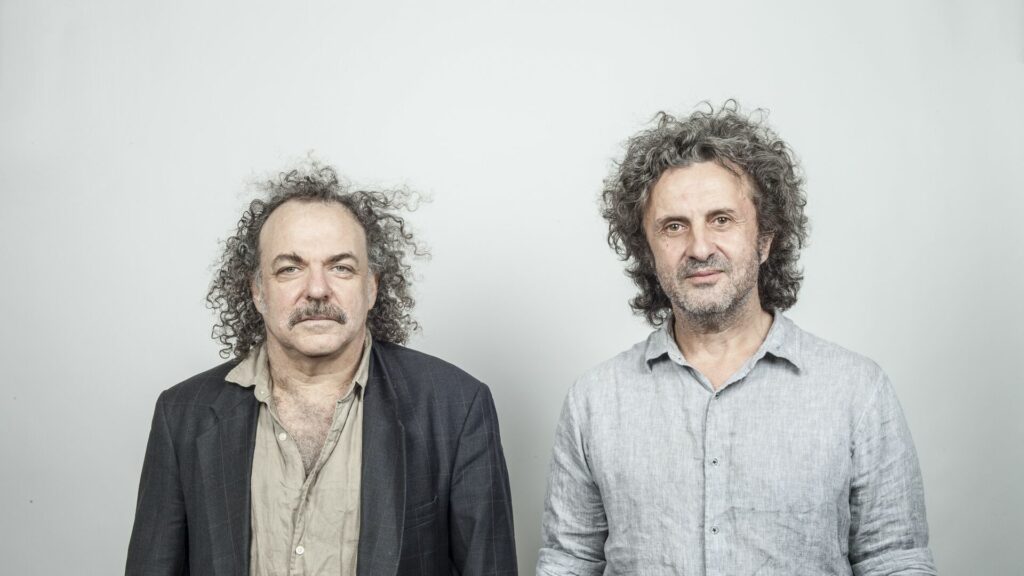 “I have missed Australia very much …” said George Xylouris to Neos Kosmos.

The master Cretan laouto (lute) player and singer talked to Neos Kosmos from Crete, just outside of Chania.

Xylouris made his name in Melbourne in the 90s, with the Xylouris Ensemble.

His return is signalled by a solo show, the first in 30 years, on May 29, at the Brunswick Ballroom. Then, on June 3, he joins co-conspirator, Jim White, from seminal Melbourne alt rock ensemble Dirty Three, for Melbourne’s Rising festival.

“The solo show is built on a more traditional Cretan repertoire, but with a new aesthetic” Xylouris says to Neos Kosmos.

“It will anchor my return to my other home, Melbourne, after the long absence.”

For Rising White and Xylouris explore new territories, as they have over the last few years on four albums, and across the world, from New York to Berlin.

Xylouris moved to Melbourne in the late 80s. The member of a multigenerational Cretan music family fell in love with established musician Sheelagh Hannan. They formed the Xylouris Ensemble, and by the early 90s they had carved a path in the underground/indie rock, folk, and world music scenes. The late Nick Xylouris, his uncle, was a watershed in establishing new progressive Cretan music and melding folk, with rock and pop in the 1970s. Psarandonis, George Xylouris’ father, is himself a tradition bearer, who has performed many times in Australia, and was invited to a festival curated by Nick Cave.

Xylouris and White are close, and White visits Crete regularly.

“When Jim’s here, we go to a square, for a coffee or a drink, and always, always, some local calls me over and asks, ‘Whose son is he, isn’t he so and so’s son?’

“In Crete there are historic clan feuds, it’s a bit like Asterix in Corsica, they want to know the family he might belong to.”

Jim White also talked to Neos Kosmos, but from Melbourne, where he was caught when the world froze. White, a scion of Melbourne’s 90s alternative scene – Dirty Three, Springtime, The Double – has been living in New York.

“I am privileged to be with the Xylouris family in Crete; to be able to go with them for a village feast, or a snail festival, or drive to a remote mountain top village to see Psarandonis play.

“I know Crete, I’ve now got long relationships there.”

White says he’s played with “George in Athens, in Thessaloniki, in Europe and US, but there’s something different about Crete.”

“George had moved to Melbourne, he fell in love, so we said, ‘hey let’s go meet George, Shellagh’s new bloke from Greece'”

“Before the Dirty Three, maybe late 1980s, I saw George play in Lonsdale Street in a restaurant, the music gripped me, there’s something about the music” said White to Neos Kosmos.

“I don’t seek out music, I don’t research music, I listen to what I want to listen to, to what appeals to me, to what is interesting.”

The dark princes of underground rock, Warren Ellis, Nick Cave, Jim White, “all heard this stuff through the same connection”

“I said, ‘Warren check this out’…it’s Melbourne after all,” White said to Neos Kosmos.

“I grew up in Fitzroy, it was all Greek, my school was Greek, but I didn’t engage in the culture in the same way as I do now, after I heard Cretan music, it’s earthy, but it is also really rock and roll.”

Xylouris and White are about to release a new album, produced by Guy Picciotto of Fugazi fame, the American post-hardcore Washington D.C. band from the 90s. Xylouris won’t describe it, or can’t describe it.

“It’s totally different to anything we’ve ever done.” He says the work reflects the last two years of isolation, how everyone worked from our own isolation. It even has hints of psychodelia says Xylouris, “whatever you think psychedelic means.”

“I, here in Crete, Jim in Melbourne, all caught in isolation, we had to find something with meaning for us, something for these times.

“Regardless of the distance between us, the isolation, and because of it, we created something different,” says Xylouris.

Melbourne is privileged to have two commanding musical events in the next few weeks featuring Xylouris, the first solo concert in 30 years, on May 29 and the Xylouris White project in Rising Jun 3.

For information and tickets go to:

May 29 – Xylouris solo at Brunswick Ballroom