Kyrgios reveals drug use and self-harm before the pandemic

The shift in his mindset happened around the time of the 2020 Australian Open, Nick Kyrgios said, but he also credits his girlfriend, Costeen Hatzi, for her positive influence in getting his life back on track 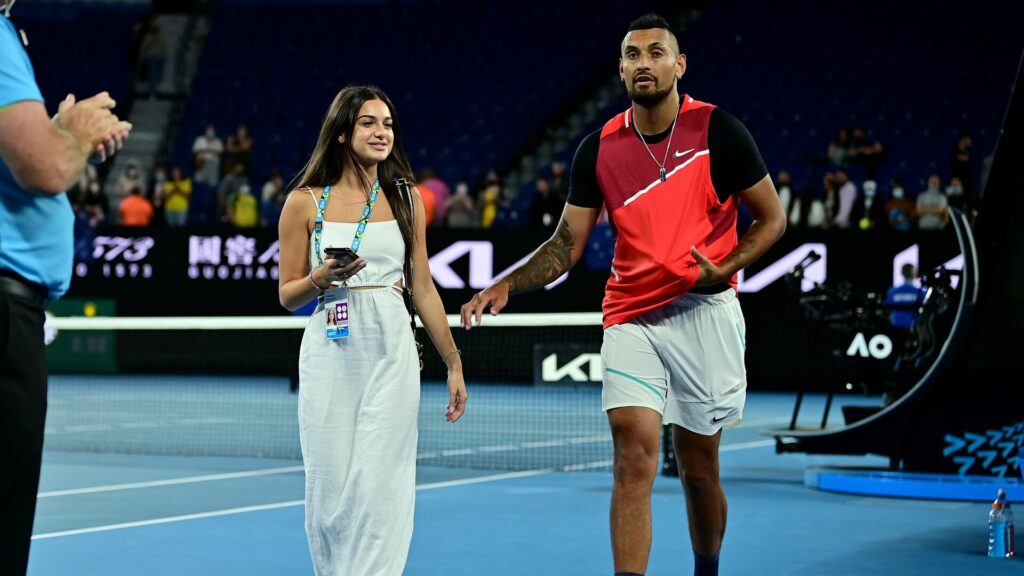 Nick Kyrgios claims that the forced reset of the pandemic gave him the chance to develop a healthier lifestyle and mend relationships, after his life “spiralled out of control” in the years heading to 2020.

The Greek Australian tennis star who won this year’s Australian Open doubles title alongside compatriot Thanasi Kokkinakis, revealed to Wide World of Sports that he had turned to drugs and alcohol to deal with his demons, in the period before the pandemic emerged.

“It was very serious, to the point of self-harm and it’s not OK,” he said. “I guess I pushed everyone that cared about me away and I wasn’t communicating, and I just shut down real life and I was trying to handle and tackle my problems head-on.

“I was abusing alcohol a lot, drugs and that spiralled out of control. Now I barely drink – I literally have a glass of wine at dinner. That was the initial kind of thing I had to clean up a little bit and then build my relationship back with my family and get into healthier habits like the basics; like diet, getting good sleep, trying to train a little bit more and that was it. I think COVID helped me a lot with that.”

The shift in his mindset happened around the time of the 2020 Australian Open, he said. It was then that Nick Kyrgios started a campaign to raise thousands for bushfire relief, but the tennis star also credits his girlfriend, Costeen Hatzi, for her positive influence in getting his life back on track.