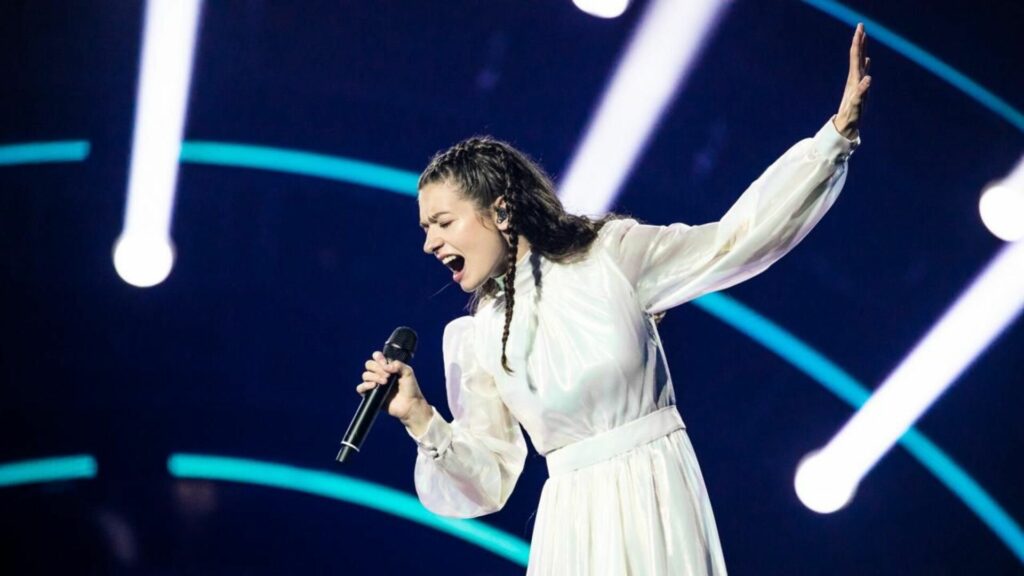 Amanda Georgiadi Tenfjord representing Greece in this year’s Eurovision Song Contest has placed in the top 10, sending Greece through to the grand final which will take place on Sunday, 15 May.

‘Die Together’ is the name of the song that Georgiadi Tenfjord wrote alongside Bjørn Helge Gammelsæter.

Speaking recently about the meaning of the song, the singer said that “The title of the song may have a negative connotation. But if you listen carefully to the lyrics of the song you will realise that it is the anthem of absolute love.”

The stage was drenched in blue lighting for Georgiadi Tenfjord performance as she sang surrounded by scattered fallen chairs across the floor.

Mr Evangelinos told Greek national television ERT that Amanda’s simple presentation and loneliness on stage were purposefully done to “emphasise three elements: the absence, the toll and the grief of a separation”.

Amanda Georgiadi was born and raised in Greece’s Ioannina up until she was three-years-old. Her family then moved to Norway to a town called Tenfjord, so Amanda adopted the place for her stage name and she performs under the name Amanda Tenfjord.

Outside of pursuing a career in music the 24-year-old studies medicine and has been doing her placement in a hospital for COVID-19 patients.

Ukraine was also among the 10 countries that successfully made it through to the grand final, with their Eurovision entry Stefania by the Kalush Orchestra tipped to win this year’s musical extravaganza.

SBS will exclusively cover the event on SBS and SBS On Demand from May 11 to 15.