Zervos an ‘Upstander’ against prejudice

Courage to Care’s Greek-Australian CEO Michael Zervos is marking the milestone with a special two-week exhibition of inspirational “Upstander” leaders in history at the ARK centre in Hawthorn. 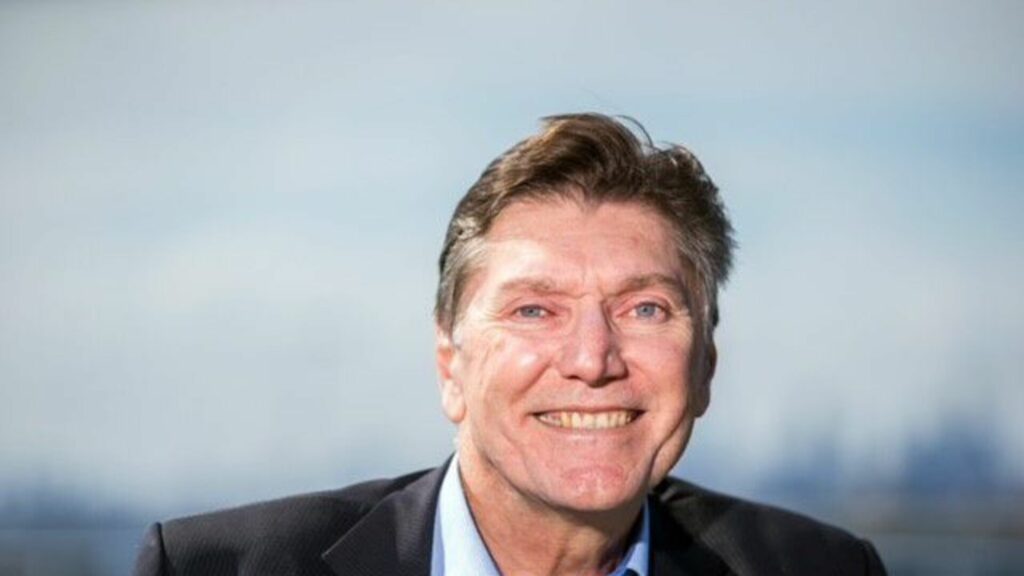 “Leadership that respects people is needed across the world, there is so much global tension and we need to re-energise people now and go to schools at talk about these issues,” Mr Zervos told Neos Kosmos.

“We are creating a generation of Upstanders, so that our grandchildren can live in a better world.”

An “Upstander” is someone who will stand up to racism and discrimination in his or her community.

“Sometimes just speaking out in a non-confrontational way can stop things developing.”

“Education is key. Courage to Care goes out to the schools and we have this conversation with students and community groups at a grass-roots level, this week alone our volunteers have gone out to Bendigo, Echuca and we’ll be in Colac in June,” he said.

“We offer these programmes at no cost, so fundraising is a big part of my job. I do Rotary talks, look for donors and organise funding campaigns.”

As a devoted marathon runner who with his wife, Roslyn, have run the iconic race in Greece, last year Mr Zervos raised $11,000 for Courage to Care running a lonely marathon through the streets of Melbourne in lockdown.

As the CEO of the past four years, he looks after the 150 volunteers, and ensures they receive training as well as coordinates their efforts throughout the state.

Before joining Courage to Care, Mr Zervos has served in leadership roles for not-for-profit organisations like Make a Wish Foundation, Alannah and Madeline Foundation and Guide Dogs Victoria.

Before his work for the not for profit sector Mr Zervos was a corporate leader. He was in charge of Cadbury in East Africa, based in Nairobi Kenya, as well as various roles in Schweppes and Repco in Australia.

“I wanted to work to make a difference,” he said of his decision to switch to the not-for-profit world.

Mr Zervos’ family roots are in Kastellorizo and he served as the community’s vice president for seven years. His maternal grandfather, Michael Mangos came to Australia in 1909 and his father, Con Zervos, arrived in 1937, as a 15 year old to help his uncle and aunt run their cafe.

“My whole family are Kazzies, my mother Chrissie (nee Mangos, related to the media personality John Mangos) and wife, Roslyn, who was born in Australia are Kastellorizian. Roslyn grew up at the back of fruit shop. I grew up in the back of fish and chip shop on Bridge Road, Richmond.”

“We are proud of our heritage. Our parents gave up a lot on our behalf and instilled a strong work ethic, pride and good manners which I try and follow in my life.

“Being blue-eyed, I looked like an [Anglo] Aussie at school. Things are more tolerant now, but with a surname like ‘Zervos’ you had to fly under the radar. I did okay academically – the only thing I failed was Greek school,” he quipped.

“I lived a bit of a double life, I anglicised at school but at home my yiayia spoke Greek, I ate Greek food and the only friends I invited home were Italians, who understood my background.

In their early years in Australia, both families suffered discrimination . In 1915, Michael Mangos set up a shop in Kalgoorlie which was wrecked during the ant-Greek riots by drunken soldiers, because he was a “foreigner”.

He left Western Australia for Victoria because of that attack.

Mr Zervos’ parents spoke of having to put up a sign on their fish and chip shop that declared: “We are British subjects” in the hope it would stop xenophobes from shattering the shop window on a regular basis.

But Mr Zervos also pointed out that Australia did not descend to the sort of xenophobic abuse that Nazi Germany inflicted on its Jewish citizens.

“Michael Mangos’ shop was destroyed, but the soldiers were held to account [and faced court] unlike Jewish shops in Nazi Germany were smashed with state support. The Holocaust did not start with a gas chamber but with people calling others names.”

The problem is that the attitudes that caused misery in the past century are resurfacing in the wake of growing world tensions and uncertainties. Even a multicultural nation like Australia is not immune.

“The Scanlon Foundation which monitors changes in social attitudes in Australia reported that in 2020, 40 percent of respondents thought racism in Australia was either very big, or a fairly big problem. By the end of 2021 that number swelled to 60 percent,” Mr Zervos said.

Community Secure Groups reported 490 anti-Semitic incidents across the country during 2021 which as a 38 percent increase on the previous year. During this period marked by the COVID pandemic there were more than 500 reports of racist incidents against Asian Australians.

So the work of Courage to Care becomes even more significant.

“By having open discussions with students, we empower them to become Upstanders, wherever they encounter prejudice and discrimination. We are creating a generation of Upstanders, so that our grandchildren can live in a better world.”

As part of the 30th anniversary celebrations, Courage to Care will host a special panel discussion Talking Upstander Action: A discussion about Discrimination which will moderated by writer and social commentator Dr Susan Carland with specialist panelists including academic Dr Shakira Hussein, Department of Education and Training’s Kristy Lang and Aaron Clark from theKorin Gamadji Institute.

Booking: Book online by 20 May through www.trybooking.com