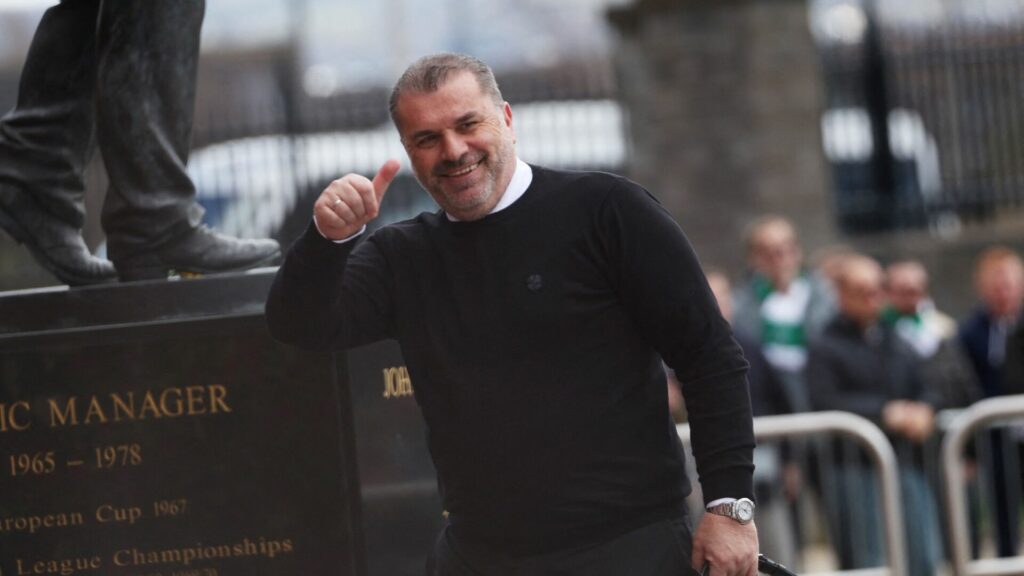 It took a 1-1 draw away to Dundee United to confirm what has seemed inevitable over the past few weeks as Ange Postecoglou guided his Celtic team to open a gap at the top that is now unassailable. Against all the predictions that marked the start of his tenure at Celtic, the Greek-Australian has delivered the Scottish Premiership with one game remaining in the season.

The championship has been delivered off the back of a 31-game unbeaten streak and Postecoglou said that he was at a loss for words for his team’s success.

“It’s pretty overwhelming at the moment, it’s been such an epic season for us, it started off a fair way back and to finish up on top is pretty special,” Postecoglou told the Celtic FC website.

“I’m just really proud of the players and staff, and the way they’ve tackled every challenge this year.

‘That’s 31 games without losing and we had to be unbelievably strong through that period to be where we are today, and I think we’re worthy champions.’

“We’ve overcome every obstacle thrown at us, including a difficult start and we deserve to end up on top.

“It’s just a real belief in each other. We set out a task to be a certain type of football team, to play in a certain way, and we haven’t waivered from that.

“We haven’t allowed ourselves to be distracted by any noise from outside. The players have every day really believed in what we are trying to achieve and we have the rewards now.”

He also heaped praise on the support the team received from fans particularly after they were finally allowed to return to Celtic Park to support their team as COVID restrictions eased towards the end of last year.

“They’ve just been unbelievable. I know how tough it was for them last year, not just the fact that the team didn’t have success, but because they couldn’t be there for the team – that’s the part they love and it was taken away from them,” said Postecoglou.

“Getting back in the stadium this year and supporting us, they’ve been great from day one.

‘They haven’t waivered in their support of this team and myself.’

“I just couldn’t be happier that they’ve got back that special feeling again and their team being champions of Scotland.”

It will be the 52nd championship in the club’s long history – it was formed in 1888 – and the 16th in this century. On the way to securing the championship, Postecoglou also delivered Scottish League Cup in December.

Winning the cup helped to sway the doubters to the point where songs were composed in his honour despite the difficulties of rhyming with his surname. His track record up to his Celtic appointment in 2021was based on his successes in Australia and Japan.

He was otherwise an unknown quantity in Europe and he walked into a team that was demoralised by the resurgence of Rangers under Liverpool legend Steven Gerrard and its abject showing the 2020-21 season season under Neil Lennon when Celtic finished the season 25 points behind their rivals.

Postecoglou faced not only the doubts of fans but also the disenchantment of established players. He brought in new players and revitalised the careers of players who chose to stay on with him. His Japanese signings, especially Fuhurashi Kyogo and Yosuke Ideguchi, proved inspired as was his signing of Greek striker Georgios Giakoumakis who has grown in stature as the season has progressed. Former England goalkeeper Joe Hart who was unceremoniously discarded by Manchester City’s Pep Guardiola has found a new lease of life under Postecoglou.

Veteran captain Callum McGregor and Socceroo Tom Rogic have been the mashals of the midfield and have provided the grit that has characterised Postecoglou’s team when it has most mattered.

“From the moment I arrived, I’ve had my head down…I’ve done the things I believed would set this club back on the track it should be on. …This isn’t a club that should go years without any trophies,” Postecoglou said following the Scottish League Cup victory over Hibernian. He has more than delivered on his words.