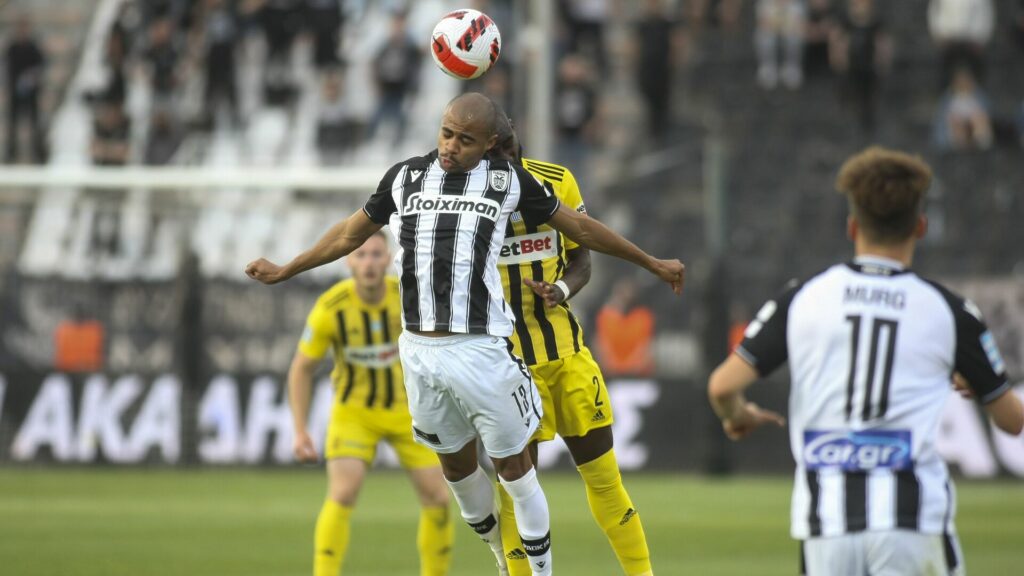 Superleague 2021-2022 Play off between PAOK and Aris. Photo: Eurokinissi/Pavlos Makridis/MEGAPRESS

Aris sets out for battle against AEK and, with both teams locked at 56 points with two matches remaining, the contest looms as one with massive European implications.

The Thessaloniki club host Enosi on Sunday morning (AEST) in the ninth round of the play-offs and a win would give either side an enormous advantage for a European qualifying spot.

The Athens club will be extra motivated to bag all three points, knowing that their final match is against Olympiacos, a team which has suffered only three league losses this campaign.

The Piraeus giants take on PAOK at home in a crucial match for the Double-headed eagle of the North who, after going six league matches winless, now have Panathinaikos breathing down their neck for second place.

The Greens are preparing for a comparatively easier match, facing Giannina at home, though they have proven a difficult side to break down.

The “Trifylli” should be extra motivated by the fact that a win would drastically increase their chances of reaching the European qualifying rounds.

Volos challenges OFI at home in the opening fixture of the play-outs seventh and final round, with the Cretans searching for a win to finish first of the bottom half.

Lamia clashes with Atromitos on Monday morning and the Fthiotida side will hope to build up some momentum as they prepare for the relegation play-off against either Veria or Levadiakos.

Asteras Tripolis competes at home with the relegated Apollon Smyrnis who will be hoping to bow out of the top division with a victory to hold their heads high.

Ionikos hosts Panetolikos and the Nikaia side will be sure to fight for maximum points given they also could finish first of the bottom half, should OFI drop points.