Five things the next government should do

Professor James Arvanitakis lists five things a new government must tackle after this Saturday’s election, especially as the honeymoon will be short lived 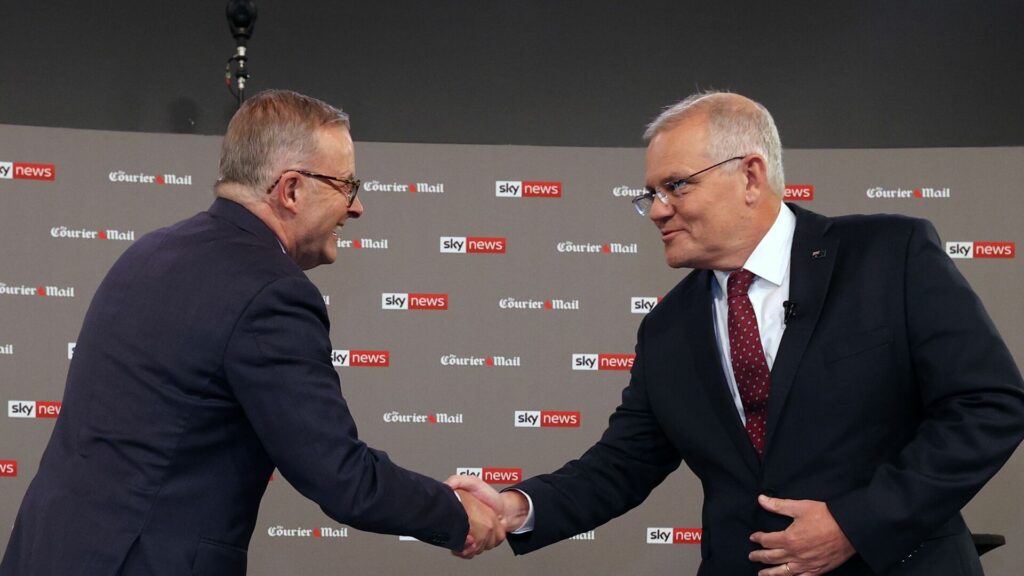 As we grind our way through the final week of the federal election, many voters are still making up their minds. While the polls indicate the election is there for Albanese to lose, many undecided voters will ask themselves on Saturday, ‘do we really need change?’

Writing for the Sydney Morning Herald a few weeks ago, columnist Niki Sava argued that we should never underestimate the power of complacency: her point – most of the electorate are simply complacent.

Whoever wins the election will face significant challenges: economic, social, environment, and of course, security. There will be a short honeymoon period and the government will need to act quickly if it is to confront these challenges.

Here are the five areas the government must prioritise to move forward – and each need some bipartisanship, or we will end up dithering on which way to go. Importantly, I do not list climate policy because it crosses each of the five priorities areas.

1.     Rebuild trust with the electorate

Trust is a fundamental element in any democracy and is driven by the sense that those elected place the interests of the nation ahead of their own personal advantage.

Across the political spectrum, this has taken a hit as repeated revelations reveal many elected officials are failing this criterion: be it the expose that the Morrison government has appointed more than 30 former Coalition ministers, MPs, staffers, and donors to taxpayer-funded jobs over the last six months or the fact that marginal seats attract more government spending, there is a sense that the snouts are truly in the trough.

We need a federal corruption commission that can hold the government to account and a review of the media landscape to ensure this arm of democracy remains vibrant, diverse and holds those in power accountable. This means investing in regional, multicultural, and independent media.

The second area is a focus on energy security: be it supply chains, global insecurity or climate change, Australia’s vulnerability has been exposed. We should understand that reliance on any single resource – gas, coal, or renewables – places the nation at risk.

Australia should be a world leader in renewables but three decades of neglect and policy paralysis has seen a growth industry struggle with many innovators moving overseas. This does not mean closing all coal power stations. We can neither afford to do this nor can we ignore the many communities whose livelihood relies on these industries.

I spent a decade working across the Pacific including in the Solomon Islands, PNG, and Tonga. This was in the 1990s and even then, China’s influence was expanding.

There is no doubt that the many Pacific nations have a strong cultural and social bias towards Australia, USA, and New Zealand, but relying on this alone is not a diplomatic strategy.

As Tess Newton Cain noted when writing for The Conversation, Australians (including our politicians) lack ‘Pacific literacy’: knowing little about the culture, history, and everyday lives of our neighbours. This needs to be addressed with an aligning of domestic and foreign policy efforts including immigration policy, energy, and climate policy, making the Minister of the Pacific a senior portfolio and a focus on soft diplomacy.

Again, this must be done in a bipartisan way and the government must move urgently to depoliticise national security. No more should opposition parties be excluded from high level security discussions such as we have learnt happened during the AUKUS negotiation.

The disruption of supply chains and climate change has also highlighted the need for Australia to focus on food security.

The federal government, along with the states and local authorities, need to cooperate to develop food resilience plans. According to researchers from the University of Melbourne, this is not just about the amount of food produced but ensuring that all Australians have access to enough nutritious food in a world where shocks to food supplies are likely to become more common.

We have vibrant universities and efficient producers in regional area: the government should coordinate food resilient plans both in these areas and beyond.

Australia has a history of producing world class research and development through our universities, government bodies (including the CSIRO) and private institutes.

Whoever forms government after Saturday, needs to give the R&D sector a major boost. This includes appropriate funding for universities – both as research and teaching institutes. We must stop treating universities as pawns in the culture wars: they should be seen as institutions that build prosperity, produce tomorrow’s leaders, and be encouraged to speak truth to power.

These priority areas clearly overlap and require a redirection in the way they are currently managed. The question is, will a newly elected government use its political capital to move quickly, or simply sit on that goodwill for three years while it slowly dissipates.