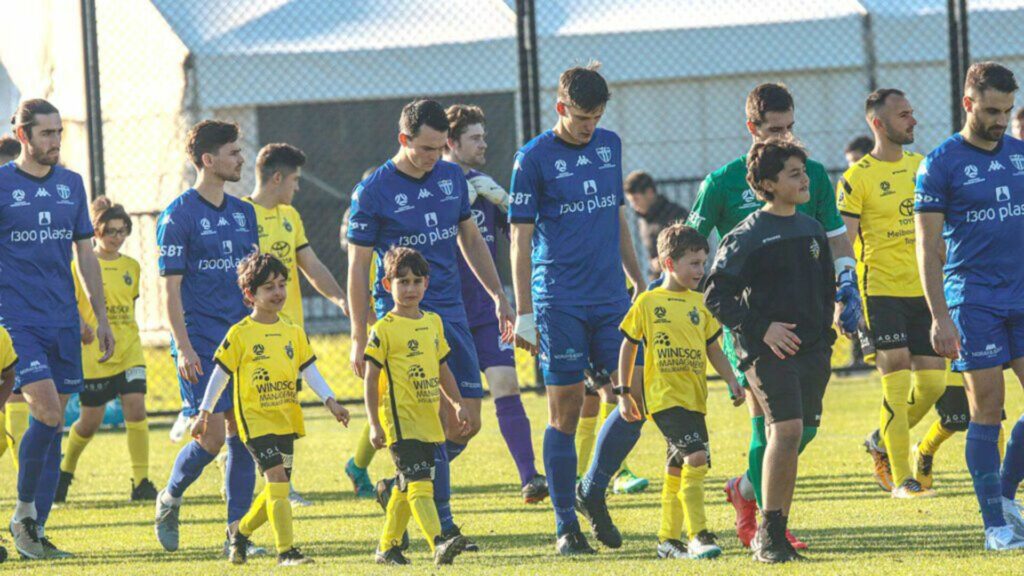 With just under half of the Victorian NPL season remaining, the battle for first is firmly in the balance between South Melbourne and Oakleigh Cannons, as each of the Hellenic sides is striving to finish as the state’s premiers.

South Melbourne and Oakleigh find themselves locked on 34 points heading into the 15th round of the season, and South Melbourne will have to dig deep as they come in to this weekend with the significantly harder fixture on paper.

The Cannons go into their match against Eastern Lions on Friday night as huge favourites, with their opponents currently languishing in bottom place having only won once this campaign.

In contrast, South Melbourne takes on Bentleigh Greens (Παγκύπριος) on Saturday evening, with the Greek Cypriot outfit competing strongly for a play-offs spot.

Port Melbourne Sharks, currently in third, will be looking to keep the pressure on the top two as they prepare for their home clash with the struggling Hume City.

Heidelberg United are preparing for an away trip to Dandenong and they will be hoping to continue their recent form (seven points in last three games) and gain ground in the race for the top six.

Sydney Olympic (5th) is set for a huge away game on Sunday afternoon against fierce rivals Rockdale (6th) in the 13th round of the NPL NSW. The match is of vital importance for the “Blues”, finding themselves among the many clubs in contention for first position, with only three points separating first and seventh.

In Northern NSW, Newcastle Olympic will be weary as they travel to play Weston Workers on Saturday afternoon for the 12th round, with the opposition only a point behind the fourth-placed Greek Novocastrian side despite having two games in hand.

The faltering Adelaide Olympic will be hoping for a much-needed win as they compete with North Eastern Metrostars on Saturday afternoon in the 12th round, with the Greek side one place outside of the relegation zone.

Olympic FC (2nd) are looking for a crucial three points in their 12th round away game against Eastern Suburbs on Saturday evening, striving to keep close to league leaders Queensland Lions.

Floreat Athena is readying for a rivalry match against first-placed Stirling on Saturday night for the 10th round, with the Hellenic WA side aiming to reduce the gap between the two.

Canberra Olympic is seeking to bounce back from two successive losses in their Sunday afternoon clash against competition leaders Canberra Croatia in the eighth round, with a win giving them a chance to propel into the top four.