Like a Greek goddess, Nadia Matsa poses in Greek inspired Louboutin, as featured in the campaign. Photo: Christian Louboutin/Instagram

This year, Maison Louboutin signature ‘cabas’ collection takes us on a modern-day odyssey through Athens and the Cyclades inspired by Christian Louboutin’s insatiable love of travel and brought to life by his dear friend Konstantin Kakanias’ playful illustrations.

Greek international model and culture writer Nadia Matsa, a long-standing muse of Christian Louboutin, returns as the face of the campaign, allowing her unique profile to become the backdrop for this collaboration. 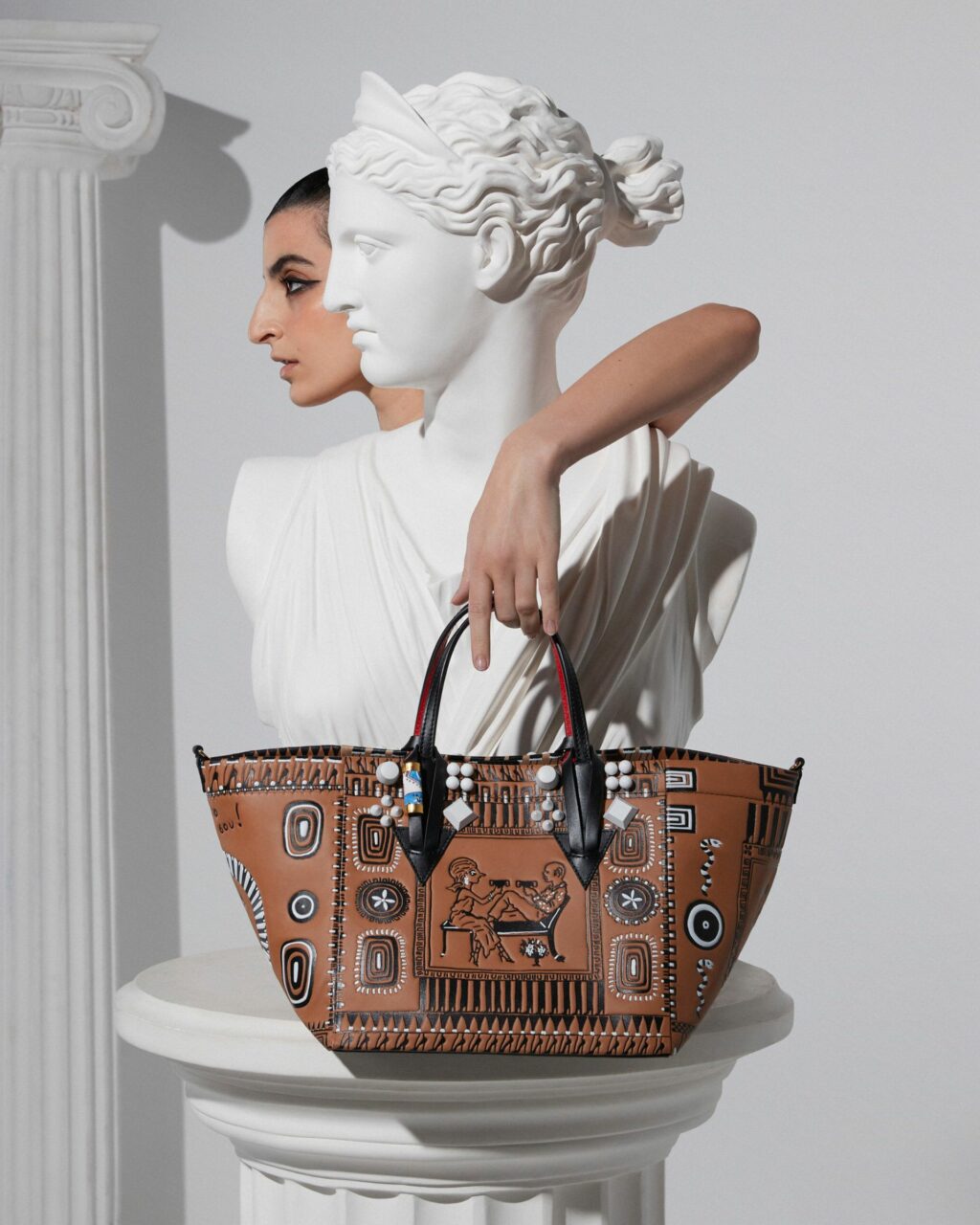 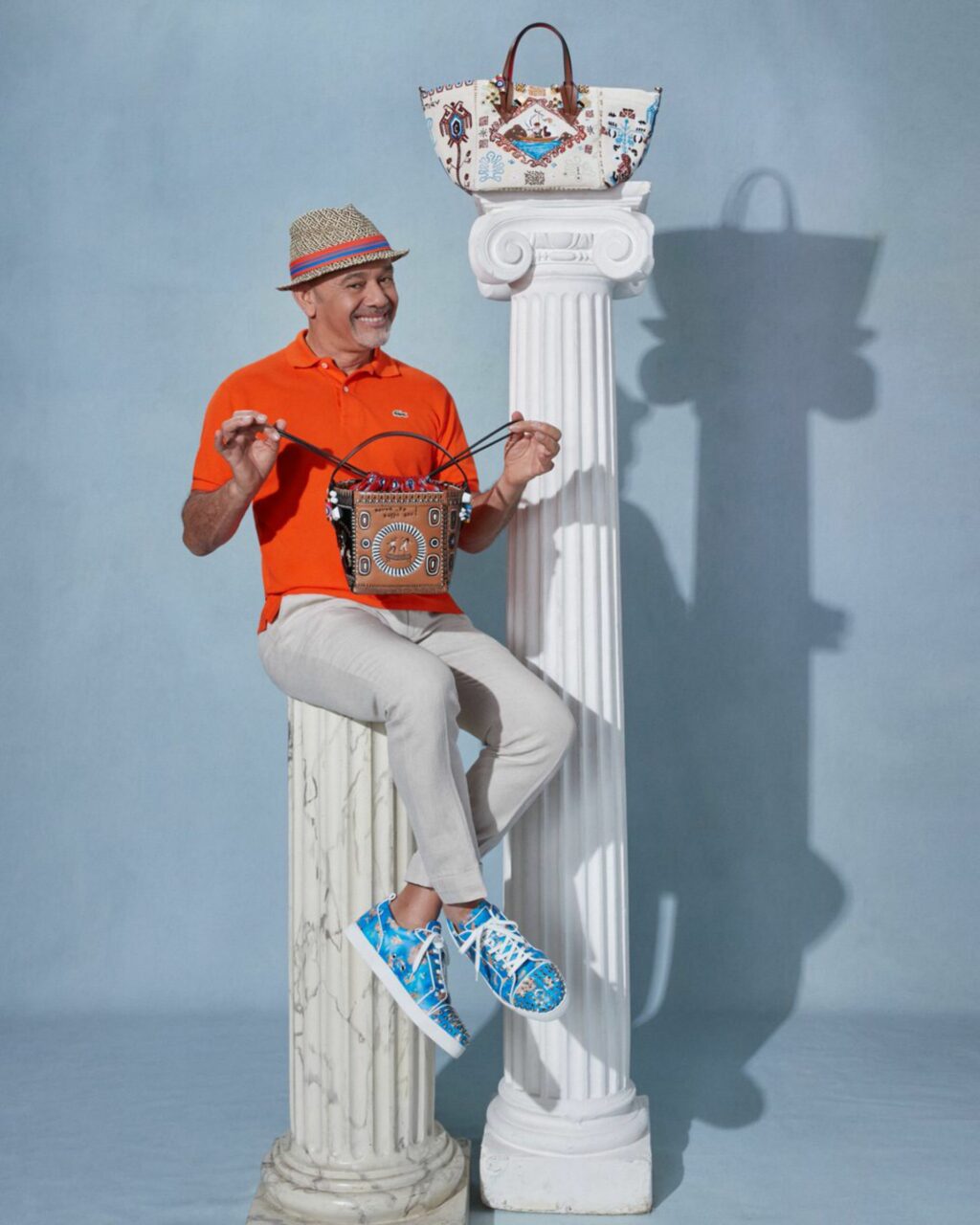 Matsa, who writes for the Financial Times, Wired and seven Vogue titles, poses holding and wearing the capsule, seasonal pieces that pay tribute to her roots for acclaimed photographer José Castellar.

Christian Louboutin himself gets photographed for this collection as if he is in Athens and fictional character Miss Tependris and her poodle Pepe are his guides through the city.

‘Greekbala’ patterns include the new and vivid ‘Loubieye’ print which reimagines the traditional ‘evil eye’.

Every year, Christian Louboutin’s ‘cabas’ contributes to a charity. This year’s beneficiary of is ‘Together for Children’ (TFC), an umbrella for nine member organisations all working to provide immediate and effective support to children, young adults with disabilities and their families in need. 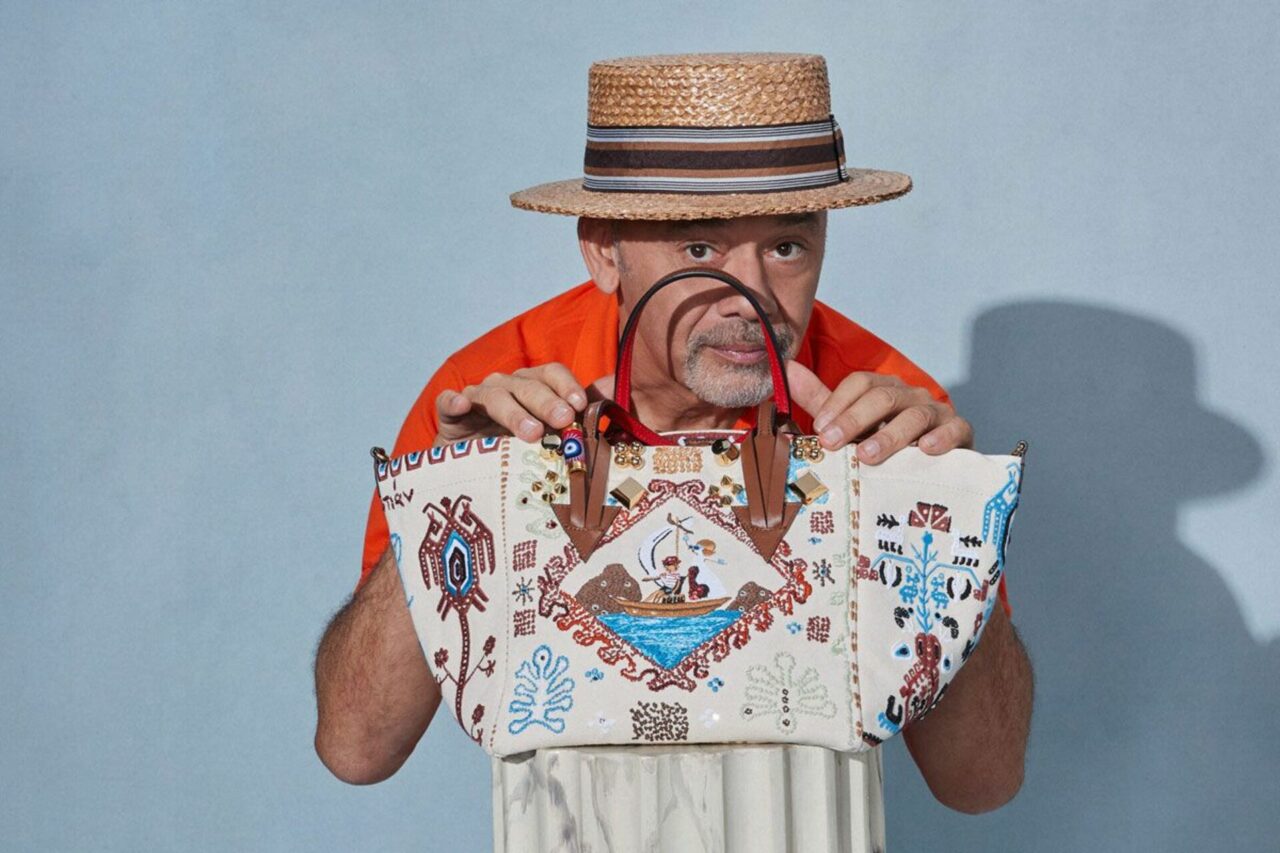