Greek representation in media: Where are the pites and yiayiades? 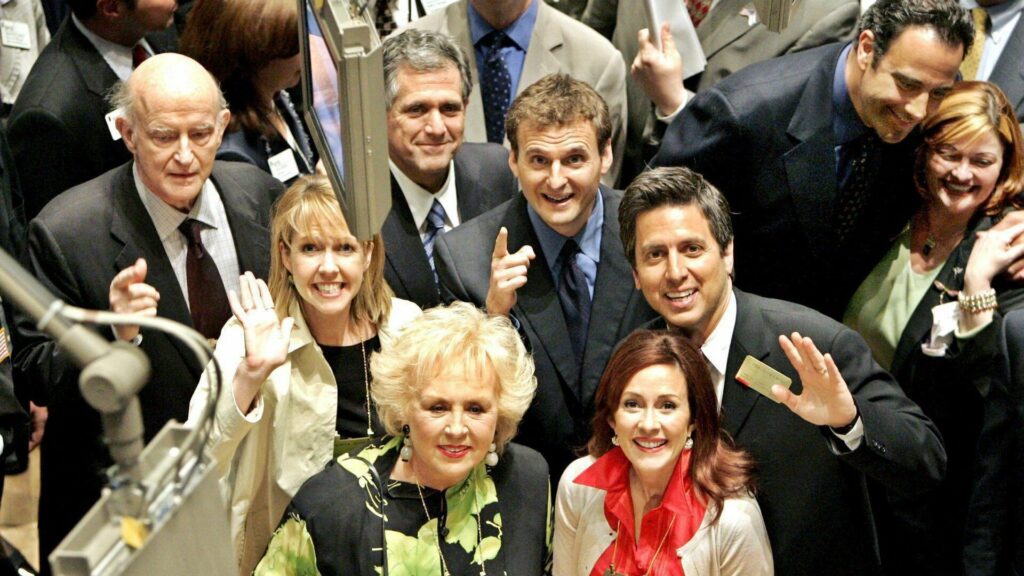 The cast and producer's from 'Everybody Loves Raymond', the successful US sitcom depicting an Italian family, pose for pictures on the floor of the New York Stock Exchange in New York City, Monday 16 May 2005. Photo: AAP via EPA/PETER FOLEY

When I was young and watching television, a film, or even the evening news, I always got excited when I saw a Greek last name credited. I would watch the end credits of a film for a few minutes to see if any of the cast or crew had an ‘oulos’, ‘iou’, or any of the giveaway Greek surnames. It was a search to see whether anyone from my culture had created the media I valued.

My Big Fat Greek Wedding has become a hallmark for Greek representation, but it seems that’s the most representation our culture receives. While the film is legendary, its singularity raises the issue of the overwhelming lack of media representation of modern Greek culture. Growing up, I enjoyed Everybody Loves Raymond because it centered around Italian culture, and that was close enough to Greek culture, so it sufficed. But the nagging thought ‘why can’t we have our own show and accurate representation?’ was ever-present in my mind.

I recently discovered that Tina Fey is of Greek descent. However, she doesn’t seem to use her position as screenwriter and producer of countless popular media to include Greek representation. I don’t remember seeing a ‘Maria Konstandiou’ in Mean Girls. That’s not to say that it’s imperative for all media to include Greek characters, however if even Greek creatives are not featuring our culture on screen, then where will our representation come from?

Now, there are several instances where media has accurately articulated the Greek experience. Brides/Νύφες (2004), directed by Pantelis Voulgaris, follows a mail order bride and an American photographer travelling to America in 1922. It sheds light on the circumstances that constricted many Greek women when migrating. Australian director and screenwriter Ana Kokkinos created Head On, a 1998 film adapted from Christos Tsiolkas’ novel Loaded. The film tracks Ari, a second-generation Greek Australian whose rejection of his Greek identity leads him to float through life exploring his sexuality and experimenting with drugs. I was introduced to this film during an Australian Film and Television subject at The University of Melbourne. I appreciated its inclusion in the subject and the film’s attention to the identity struggle that plagues many second-generation Greeks; not belonging enough to their Greek culture but also being too far removed to assimilate to Australian culture. While not modern, these representations are still invaluable as they provide young Greeks with the chance to see their culture and history validated on screen.

Modern representations of Greek culture, particularly Greek-Australian culture, are lacking. Several social media comedians have used their platform to poke fun at our culture. This form of media representation is positive in its ability to reach a wide audience. However, the Greek experience should also be fleshed out in longer film and television narratives which would be beneficial to young Greek Australians. So, if you’re a budding filmmaker reading this, think about how you can include Greek culture in your work. It’ll make all the difference to that young person viewing your media and seeing themselves reflected on screen.

Christina is in her final year of a Bachelor of Arts, majoring in Screen Studies and English/Theatre Studies. She is currently on the general committee for MUnGA (Melbourne University Greek Association). Christina has created and edited several editions of the club’s magazine, a new addition to MUnGA this year.