Greek-Australians recognised for their service to the community

20 Greek-Australians were included in Monday’s Queens Birthday Honours List for the myriad roles they have performed in Australian society. 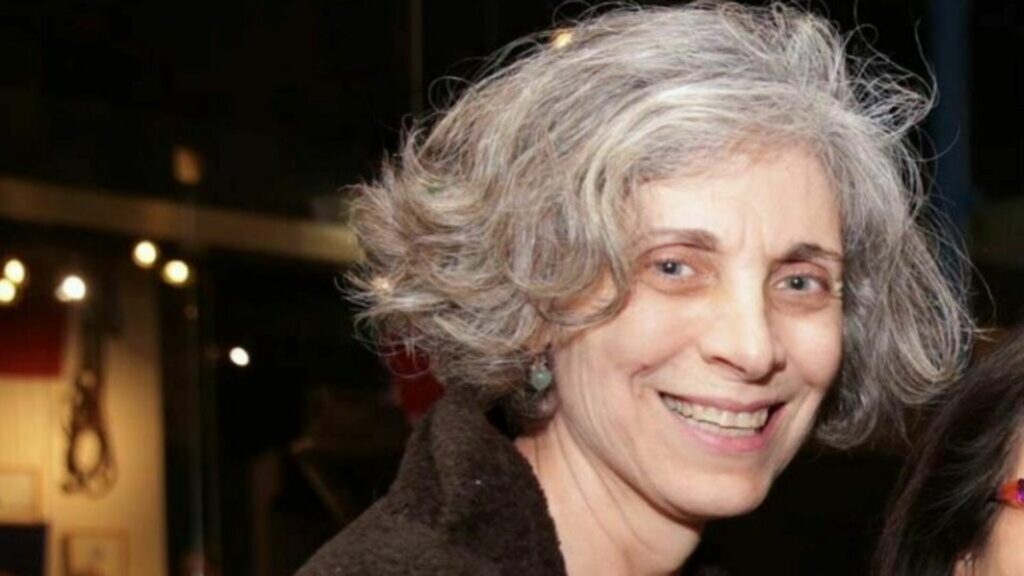 A tireless worker for the Aboriginal community of Victoria, Argiri Alisandratos, was one of the committed community workers and philanthropists, dedicated doctors, academics, historians and public servants among the 20 Greek-Australians who were included in Monday’s Queens Birthday Honours List for the myriad roles they have performed in Australian society.

Mr Alisandratos who received a Public Service Medal (PSM) was also named on the COVID-19 Honour Roll for “outstanding public service to the community, particularly to Victoria’s most vulnerable”.

The 20 Greek-Australians who were among the 992 Australians who were honoured by the Governor-General David Hurley AC DSC (Retd) on the Queen’s Birthday Honours List, were given their due recognition for their work in the arts, community, philanthropy and medicine.

The Governor-General said on Monday: “On behalf of all Australians, I congratulate the Australians recognised in today’s Honours’ List.

“Recipients share some common traits – including selflessness, excellence and a commitment to service. They’re from different backgrounds, their stories are each unique, and each has served in different ways. This diversity is a strength and each has impacted their community and made it better.

“For that, we thank them and, today, we celebrate them.”

With so many Greek-Australians receiving recognition for their work, we focused, for the sake of space, on Victoria’s recipients while applauding the contribution of all Australian Greeks on this year’s honours list.

Christina Despoteris (OAM) Victoria: For service to the Greek community in Melbourne.

Ms Despoteris has been the vice president of the Lemnos Gallipoli Commemorative Committee since 2016. She was vice-president of the Thessaloniki Association of Melbourne 2011-16. Her other roles have included executive member of the George Devine Treloar Memorial Committee since 2017. Honorary Member of Merimna Pontion Kyrion Oceania. Member of Art and Craft Cookery Committee (Royal Melbourne Show), the Royal Agricultural Society of Victoria and the Fred Hollows Foundation.

In 2018 she received Meritorious Service to the Community Award from Multicultural Commission.

Ms Despoteris who is a long-time contributor to Neos Kosmos said: “I am honoured and extremely proud to receive the Medal of the Order of Australia (OAM) as announced in the Queen’s Birthday 2022 Honours List. I have been blessed to have had a very rewarding career and exceptional relations with all the groups and organisations which I have had the pleasure to work with over the years. I have associated with many amazing and talented people, not only in our community but the broader Australian community. It has been my privilege to work with them.”

“I came to Australia with my parents at a very young age from Alexandria Egypt, not knowing a word of English. … Working for the Victorian Government for many years and through my work with the community, I have developed extensive experience in event management, protocol, media, marketing and public relations. I have coordinated and presented many events, both in Australia and Greece, including art exhibitions, international conferences, national day celebrations, commemorative events, photographic exhibitions, and worked on Royal and State visits as well as establishing sister school relationships. In all I have done, I have been a strong believer in creating, developing and establishing things that will leave a legacy for future generations.”

Dr Stephanos Herodotou (OAM) – Victoria: For service to medicine and to the Cypriot community of Victoria.

Dr Herodotou a General Practitioner in Lalor, has been a Consultant Emergency Physician at The Northern Hospital in Melbourne since 1981 and since 2001 has served as Staff training Coordinator. He is also an Honorary Senior Lecturer at the University of Melbourne Medical School. He has been a Fellow of the Academy of Clinical Teachers since 2013.

Dr Herodotou served as vice-president of the Cypriot Community of Melbourne and Victoria from 1980-92. He chaired the community’s Cultural Events Committee from 1980 to 1992 and is life member.

Among the awards and recognition that he has received in his career Dr Herodotou in 2019, was voted the MD2 Teacher of the Year of the Northern Clinical School of the University of Melbourne.

In responding to the news of Dr Herodotou’s award, the Northern Clinical School said in a statement to Neos Kosmos: “On behalf of the Northern Clinical School, our warmest congratulations to Stefan on being awarded an OAM for his outstanding contribution to medicine and the Cypriot community. Stefan has taught medical students for over 30 years, becoming an Honorary Senior Lecturer with the University of Melbourne in 2002. He established, coordinates and delivers the Emergency medicine curriculum to our MD2s. Stefan has a passion and dedication for education, enabling confidence, motivation, and skill development in his students. He is highly regarded by the students for the humility, integrity, and compassion that he shows towards patients. It’s a privilege to have Stefan as a member of the school’s team.”

Felicia Leonardos (OAM) – Victoria: For service to the Greek community of Victoria.

Ms Leonardos served as the President of the Brotherhood of Evia Evripos for the last 26 years, and Organiser of Christmas Carols with the Greek Archdiocese of Melbourne since 1993. She was a founder and remains a committee fundraiser for Rubella Children in Victoria. She also received a Certificate of Appreciation from the Royal Children’s Hospital Foundation.

Ms Leonardos told Neos Kosmos: “I feel blessed for the distinction and very attached to our community. I thank God for all the good things I found in Australia and the opportunities I was given and I was able to express and put into practice what I felt in my soul. At times like these, I feel the need to remember my late husband George, a supporter and helper in all our philanthropic activities, as well as to thank my family for their moral support.”

Ms Leonardou ran Felicia’s Boutique in Clayton for 30 years, where she had worked earlier as a manager, for over 16 years.

Steven Stefanopoulos (OAM) – Victoria: For Service to the community in a range of roles.

The former Mayor of Stonnington (2017-20) served as a councillor for a number of wards over the years and on a number of council committees. He is also a respected historian and archivist with roles in the Australian Society of Archivists, and roles in numerous historical societies in the Malvern, Prahran, Toorak. He is the current deputy chair of the Pride Fund and a member of the Public Records Advisory Council, the Victorian Institute of Teaching, Australian Museums and Galleries Association. He is also the co-author of a number of publications.

In 2020 he received a Victoria Councillor Service Award from the Municipal Association of Victoria. In 2017 the Australian Society of Archivists awarded him its President’s Award.

Member of the Order (AM)

Andreas George Andrianopoulos (AM) – Victoria: For significant service to business, and to philanthropy.

Mr Andrianopoulos is the Founder and Managing Director, AA Holdings and the owner of 55 BP branded fuel and convenience stores.

Among his many awards he was inducted into the Hall of Fame of the Australian Association of Convenience Stores in 2021. He also received the Hellenic Australian Chamber of Commerce and Industry (HACCI) Spiros Stamboulis Award in 2017. He was named Benefactor by Fronditha Care in 2010 and 2014 and awarded the Honorary Key by Fronditha in 2013. A member of the Panarcadian Association of Melbourne and Victoria, he is a former treasurer and was named Great Benefactor in 1998 and received the Golden Key of Panarcadian House the previous year.

He is also noted for his philanthropy to a long list of Greek-Australian organisations, as well as the McGrath Foundation, Cancer Council of Victoria, the Salvation Army Australia, Ivanhoe Grammar School and the Royal Children’s Hospital in Melbourne.

Professor Joy Damousi (AM) – Victoria: For significant service to social sciences and the humanities, to history, and to tertiary education.

Among her many roles and achievements in these fields, she is the Australian Catholic University’s current Director, Centre for Refugees, Migration and Humanitarian Studies and Director of the Institute of Humanities and Social Services. Both positions she has held since 2020. At the University of Melbourne, she is Redmond Barry Distinguished Professor at the University of Melbourne since 2019 and Professor, School of Historical and Philosophical Studies, since 2004. Prof Damousi was president of the Australian Academy of the Humanities 2017-20 and remain a council member. And is an Immediate Past President (since 2020) of the Australian Historical Association.

Christopher Byron Leptos (AO) – Victoria: For distinguished service to the not-for-profit sector through leadership and philanthropic support, to the public sector, and to education.

He has held a number of positions in education, Health and Community, Business and Commerce and Information Technology. Since 2020 he was appointed Chair of the Treasury Review of National Housing and Investment Corporation Act 2018. In 2021, he was appointed Independent Reviewer of food and Grocery Code under the ACCC. In 2000 he was appointed to the Infrastructure Planning Council of Victoria.

Inspector Andrew Markakis (APM) – Victoria: For serving the community as an exemplary police officer for over 21 years.

Inspector Markakis is President of the Victorian Hellenic Police Association (VHPA) and a representative on the Victoria Police CALD Council. He has bolstered successful relationships with culturally diverse nursing and disability homes, bridging gaps that may exist between Police and disadvantaged and vulnerable people. Inspector Markakis has created community partnerships with international policing agencies in the USA, Greece and Cyprus. He is also the recipient of the Victoria Police Multicultural Media Award for Excellence.

Inspector Markakis, told Neos Kosmos: “I have been inspired by the people around me who have given me support, my family, friends and colleagues who inspire me each day. I will continue to grow in Victoria Police to champion the interests of the underdogs and of my multicultural brothers and sisters in Victoria Police.”

Mr Alisandratos, a strong ally of Aboriginal communities across Victoria has been a “key driver” in implementing Aboriginal strategies in the Department of Families, Fairness and Housing, especially through the Yoo-rrook Justice Commission truth-telling process.

During the COVID-19 pandemic Mr Alisandratos was recognised as a guiding force in enabling community services to better support their people as well as providing guidance to colleagues in difficult and uncertain times.

The citation said: “Mr Alisandratos’ contribution has ensured that Victoria’s most disadvantaged communities have been given the respect and support they deserve.”

Governor-General David Hurley AC DSC (Retd) said the 992 awards on the Queen’s Birthday Honours List were given because: “Collectively the recipients, whose achievements span community service, science and research, industry, sport, the arts and more, represent the very best of Australia.”.

There were 669 recipients of awards in the General Division of the Order of Australia:

Christina Efthymiades (AM) – NSW: For significant service to charitable organisations, and to the public relations industry.

Detective Sergeant Scott Andrew Mellis (APM): In recognition of distinguished service, particularly in the field of Cybercrime Operations and its predecessors.