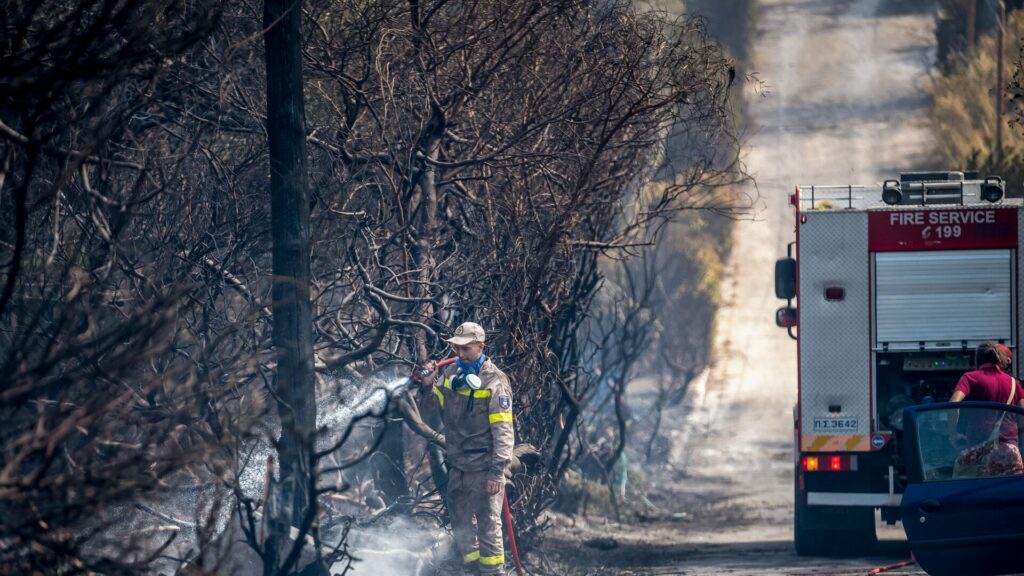 The village of Kremastos in Evia was evacuated on Saturday. File photo of a fire on the island of Evia. Photo: EUROKINISSI/Antonis Lambrou

Local authorities on the island of Evia were optimistic on Sunday morning over progress in containing a wildfire that broke out the day before.

“We are in a good position at the moment, though prevalent high winds in the area remain our concern,” said Kostas Dimas, Deputy Mayor for Civil Protection at the local Municipality of Kymi- Aliveri.

A challenging night had preceded, with more than 150 firefighters with 32 fire engines, having been called in since late Saturday afternoon.

Ground teams were also assisted by 2 water-bombing planes and 3 helicopters, as well as volunteers from the region.

While no houses were threatened on Saturday, the village of Kremastos was evacuated as a precautionary measure.

As of Sunday morning efforts were focused on ensuring the fire was contained to the central part of Evia to avoid a potential expansion to less accessible areas.

It follows the devastation of the northern part of the island by wildfires in August 2021.