Matoyianni in Mykonos listed among Most Beautiful Streets Around the World 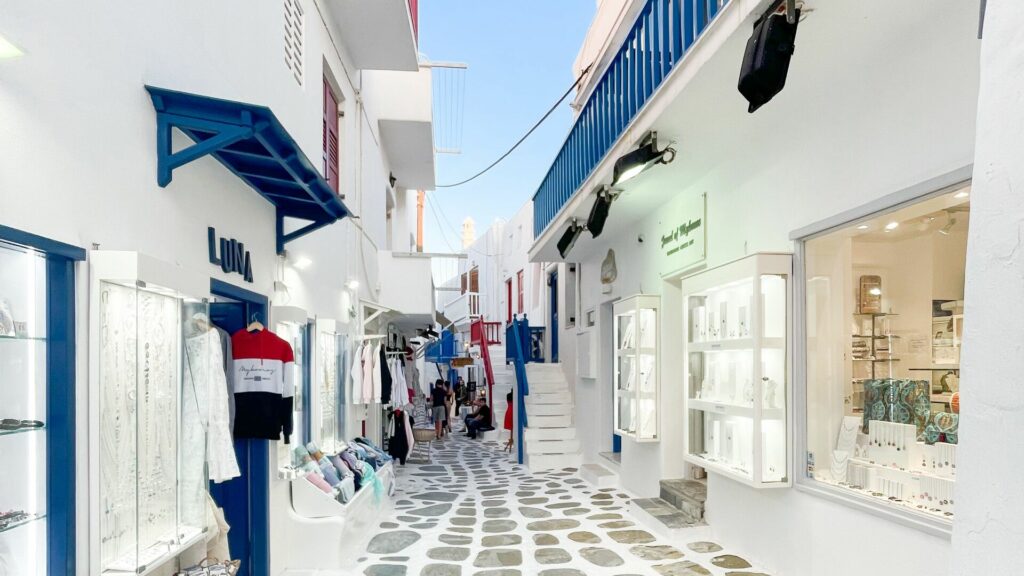 To find out which streets have the most kerb appeal, London’s prestigious real-estate Getagent ran a study using eye-tracking software to reveal which streets around the world caught people’s gaze the most.

Participants were presented with images of picturesque streets around the world and AI technology tracked their eye movements, revealing which images they found the most captivating.

According to the study, Matoyianni in Mykonos is among the most eye-catching streets around the world that people would also want to live on.

Property characteristics aside, the location of a home in on makes a ton of difference.

From London to Kyoto the streets adorned with natural wonders, such as cherry blossoms or bright green trees – including the quintessentially cobbled alleys are the most sought-after.

First came the iconic Philosopher’s Path in Kyoto, Japan. Combining access to everything the bustling metropolis of Kyoto has to offer, this nature-filled path can truly provide an oasis of calm, with added picturesque points during spring and autumn when the leaves turn shades of cherry pink or deep red. All that, just a breath away from the tourist and main shopping district.

The second most popular street according to the survey is Rue Principale in Lot, France. Otherwise known as the ‘Vertical Village’, medieval Rocamadour balances a number of stunning houses and churches at varying levels that seem to be nestled into a cliff face. The village contains many important pilgrimage routes, and the main road bustles with hotels and shops, decorated with greenery and stunning stonework.

In the third place sits the Via Baldassarre Galuppi in neighbouring Venice, Italy. Burano is one of Venice’s numerous islands, and its main street leaves visitors with just as many colourful memories as the rest of the Venetian network of canals. Shops, bakeries and local fish restaurants offering the catch of the day sit nestled amongst souvenir stands and lace shops selling traditional lace from the island.

Matoyianni in Mykonos, albeit one of the smallest streets included made it in the Top 50, on number 49, preceded by some of the world’s most famous and highly priced suburbs.

Matoyianni offers many narrow side-lanes to explore just how much beauty is hidden in Mykonos Town’s labyrinth of brilliant white-colored houses. The street is lined with designer boutiques, souvenir shops and enticing bars, cafes and restaurants in tiny squares that seem to spring out at wanderers at every turn. Matoyianni Street is conveniently located behind the harbour front. It is also one of Greece’s most famous couture and jewellery shop districts attracting Hollywood movie stars and International celebrities. When visiting Matoyianni Street during the day, a visit to Rarity Gallery and Church of Paraportiani before heading to Elia Beach for a relaxing afternoon in the sun is a must do.