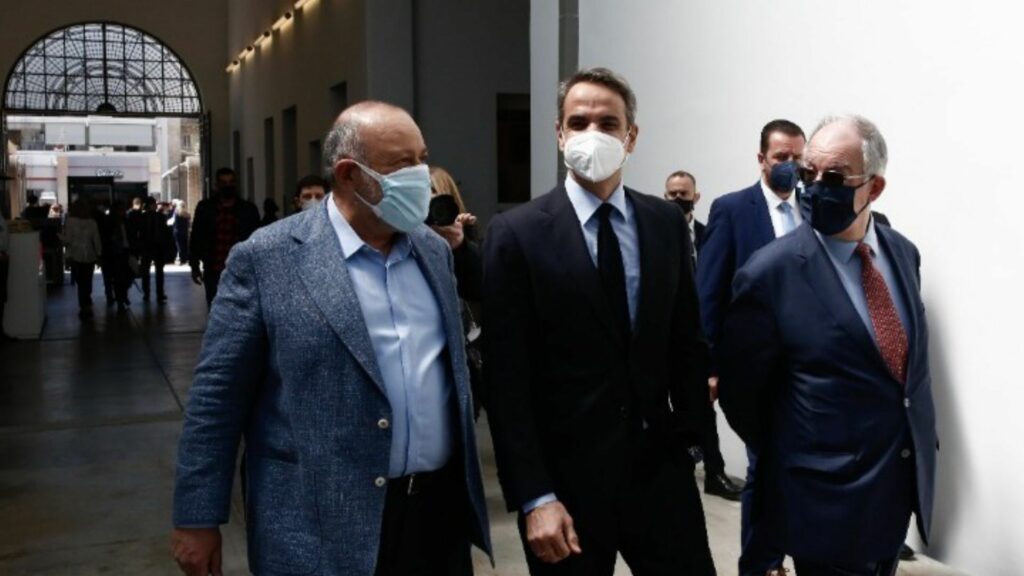 Tycoon and art collector Dimitris Daskopoulos is donating 350 works of art by 142 artists, of which 140 will be given to the National Museum of Contemporary Art (EMST) in Athens, roughly 100 in a joint gift to the Guggenheim and MCA Chicago museums and 110 to the Tate.

Mr Daskopoulos, 65, has accrued pieces by Louise Bourgeois, Marina Abramovic, Helen Chadwick, Sarah Lucas and Matthew Barney to name a few artists. The collector wishes to create a network of curators between the Tate and EMST, at a time when contemporary art in Greece is showing dynamism and promise.

“I never felt like an owner of the works,” Mr Daskopoulos told The Guardian in an interview. “I always felt like a caretaker, a custodian of the creativity of other people.”

Daskalopoulos headed the Hellenic Federation of Enterprises while Greece waged through the economic crisis, following the example of his father Aristides, who started the dairy business Delta, out of a small store in Athens.

Referring to the EMST, he noted that “A major outstanding issue has been resolved and operates with dynamism and vision, while new doors for cooperation have opened.

“The collection deserves to inspire and move as many people as possible in the world,” he said said, crediting the arts with making him more curious, and a bolder risk-taker. “It moves you away from your own fixed ideas. That’s why I am so grateful to contemporary art.”

At 65 years old, Daskalopoulos has spent close to half his life culminating his collection. The decision to donate might be the natural end of a passion that was, according to him, never pursued for financial gain, but his interest in contemporary art.

“I hope and pray that this action finds many imitators. We have many significant collectors. I invite them to adopt this example,” Prime Minister Kyriakos Mitsotakis told AMNA earlier, thanking the tycoon on behalf of all Greeks and said that it was a great day for Athens and for contemporary art worldwide.

“I have had many discussions with Dimitris about the present and future of his collection. I know how he troubled over it and with what difficulty but also joy he is now here to announce the donation. The moment of parting is not an easy process. For each of the works you remember not just when you acquired them but also the feelings they evoked. It is a kaleidoscope of emotions in the passage of an entire lifetime that you share with four museums,” Mr Mitsotakis said.

“You rightly said that the importance of this gift is that a private acquisition is turned into a public good. A private collection could be construed as a selfish action. Many private collections have ended up in storage. This often happens when art is converted from a good to a financial asset,” the prime minister added.