Makarios claims that a blogger has published false allegations of “diabolical” behaviour including misappropriating church millions. 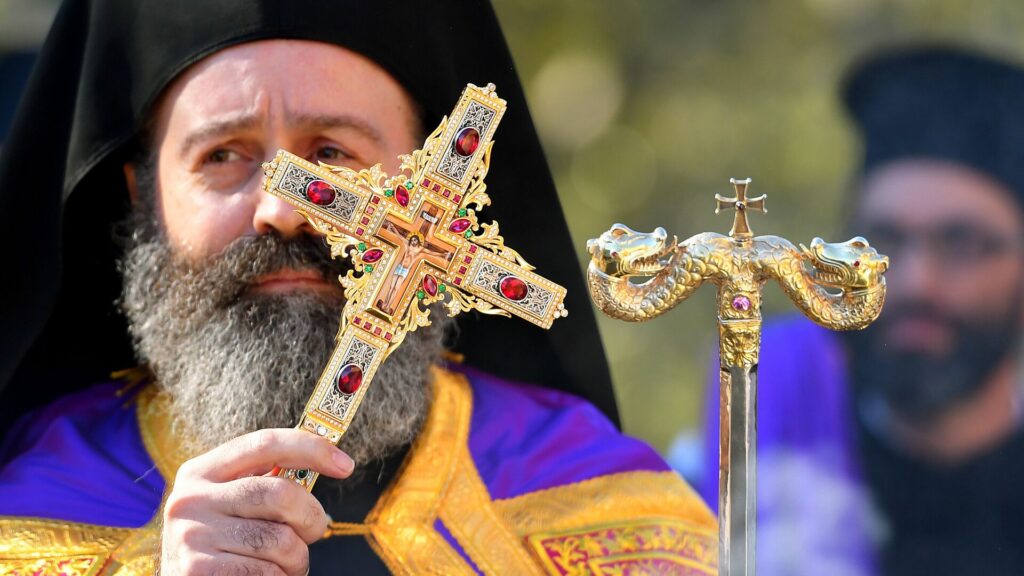 Archbishop Makarios Grinezakis claims a blogger has falsely accused him of misappropriating millions of church dollars to fund a palatial apartment on Sydney Harbour and luxurious lifestyle while covering up abuse and dealing in bribes.

The head of the Orthodox Church in Australia has appeared often on Greek Flash News blog penned by Alkis Morelas.

The archbishop’s barrister, Sue Chrysanthou SC, told the court on Monday that Mr Morelas had no proof to back up claims that the archbishop “funnelled” hundreds of thousands from the fundraisers into his own pockets.

A further $250,000 remains in an account, the blog claims, because the archbishop has delayed the transfer.

“It’s hard to see how there can be any dishonesty when the money is just sitting there, just waiting to be distributed,” Ms Chrysanthou told the court.

Morelas’ barrister, Tim Sowden, told the court on Monday that the articles are actually ask, “can you trust the Archbishop” to distribute funds properly because the bushfire funds were not sent to the Greek community, as initially pledged.

The blog also targets a $6.5m Millers Point apartment purchased for the Archbishop as his official Sydney residence in late 2019, the court heard.

One blog report makes salacious accusations against senior figures in the Greek church, including “burning ice, ecstasy and coca instead of incense in our churches”, and suggest that the church officials has links with “sex shops” and then talks of “peculiar monks” as well affairs with married parishioners.

Ms Chrysanthou said “shocking allegations” were being made against people who cannot defend themselves as they’re not involved in the lawsuit.

The final translated article, in the court documents, says the His Eminence used “mafia-style methods” to cover up for a paedophile in the parish.

Ms Chrysanthou said it would be argued the car, the robes and the trips to Europe were all legitimate.

“It’s a strange allegation that (the Archbishop) has bought tailor made cassocks with extravagant trimmings … I can step in with 42-years-experience and say that’s what they wear. That’s the tradition of the church.”

Ms Chrysanthou will argue the car, the robes and the trips to Europe were all legitimate.

The claims are all denied by the Archbishop who said his “unblemished reputation” would be harmed by the defamatory campaign by Mr Morelas.

His Eminence launched defamation proceedings in Sydney’s Federal Court this year over four articles by Mr Morelas since August 2021.