Mitsotakis meets with Greek Community of Melbourne’s president and treasurer 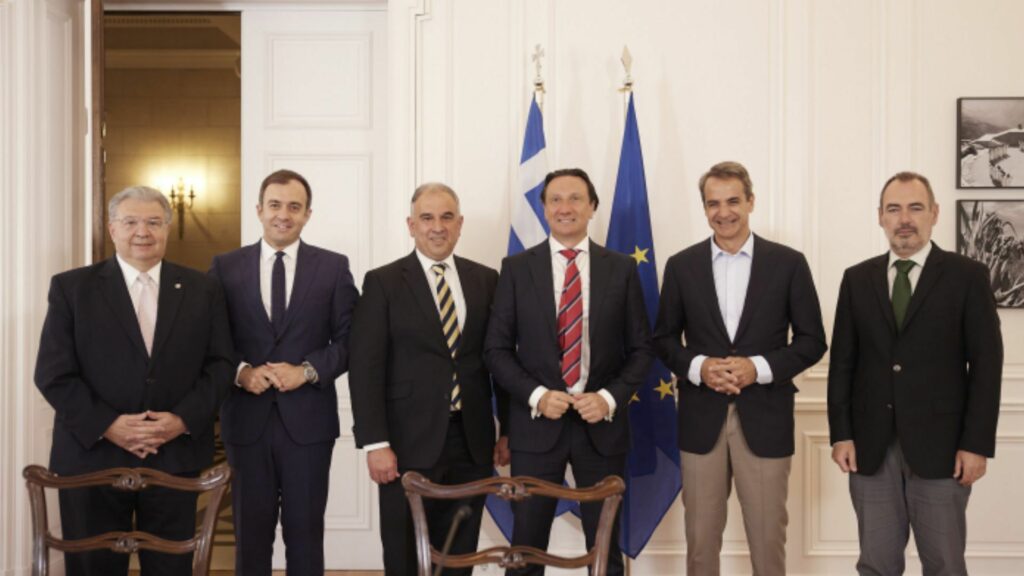 Greek Prime Minister Kyriakos Mitsotakis welcomed the President and Treasurer of the Greek Community of Melbourne to the Presidential Mansion, Maximou Palace, on 15 July.
At the meeting with Bill Papastergiadis OAM and Dr. Marinis Pirpiris, Mr Mitsotakis said that it was it was his government’s priority “to conclude a bilateral agreement to avoid double taxation of Greeks living in Australia and residing in Greece”.

The Greek PM emphasised the importance of “further deepening of bilateral economic relations with Australia, adding that the “promotion of investments on both sides, is crucial”.
Mr Mitsotakis referred extensively to the relations of the Greek state with the Hellenic Diaspora and made special reference to the new consular and digital services provided to the Diaspora for faster and more efficient service.

The implementation of the Register of Citizens, the video call system My ConsuLive’, and the Virtual Assistant application he said, “should greatly enhance services to the Diaspora.”
Finally, Mr. Mitsotakis highlighted the diversity and wealth of activities developed by the Greek Community, predominantly its focus on the “preservation of the Greek cultural heritage, and the support of our national issues”.

He thanked Mr Papastergiadis and expressed his “deep appreciation for their efforts with the aim of projecting the modern image of Greece in Australia”.

The meeting was also attended by the Deputy Minister of Foreign Affairs responsible for Hellenism Abroad and Public Diplomacy, Andreas Katsaniotis; Member of Parliament and Secretary of International Relations of the ND, Tasos Hatzivasileiou; the Secretary General of Hellenism Abroad & Public Diplomacy, Ioannis Chrysoulakis; and the Director of the Prime Minister’s Diplomatic Office, Ambassador Anna Maria Bura.