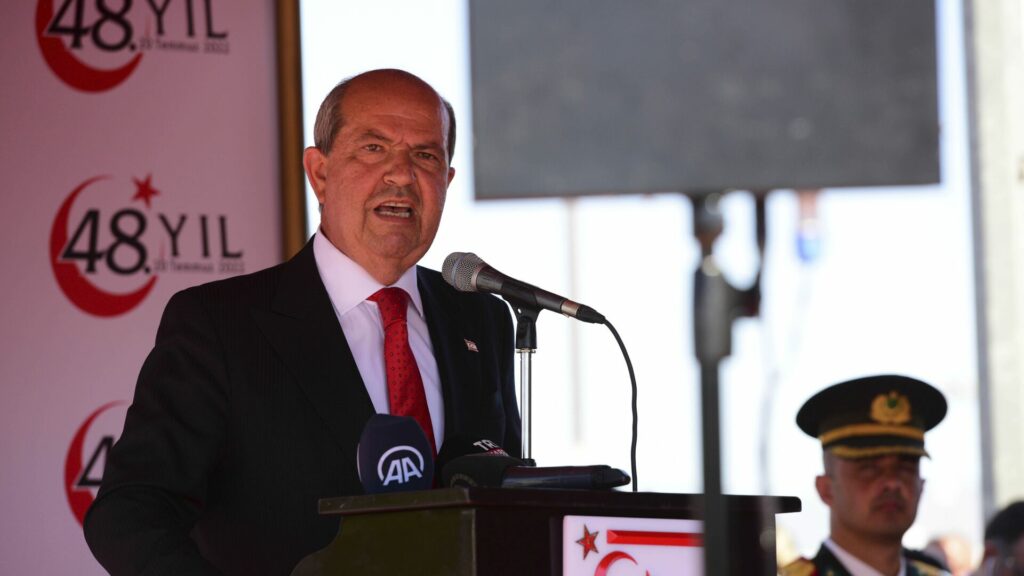 Ersin Tatar, leader of the Turkish-occupied Cyprus, promised to punish those responsible for using the wrong image to illustrate a lottery ticket . Photo: Nedim Enginsoy/AAP

In a serious gaffe officials of Turkish-occupied Cyprus ticked-off the use of photographs on a lottery ticket which showed armed men holding up a Turkish flag.

However, the photographs on the lottery tickets were not of Turkish fighters, rather of Greek-Cypriot EOKA fighters who held up a Turkish flag, rejoicing over their capture of a Turkish Cypriot position in the Kyrenia Mountains in April 1964, after the island was embroiled in a political crisis that led to ethnic violence.

The recall of thousands of lottery tickets began on Sunday when local media found out about the embarrassing photo.

The Cyprus Mail reported that the offending tickets were intended for a sweepstakes draw next month to commemorate the Battle of Tylliria -or the Battle of Kokkina as its known to the Greeks – when Turkish aircraft attacked Greek-Cypriot positions surrounding Turkish-Cypriot enclaves.

Avrupa, a Turkish-Cypriot newspaper, accused lottery officials that the photos were touched up in order to disguise the true location and obscure their context.

Ersin Tatar, the leader of the Turkish-occupied north of the island told media that the lottery debacle was “a huge and unforgiveable blunder” and he would personally ensure that those responsible would be punished.