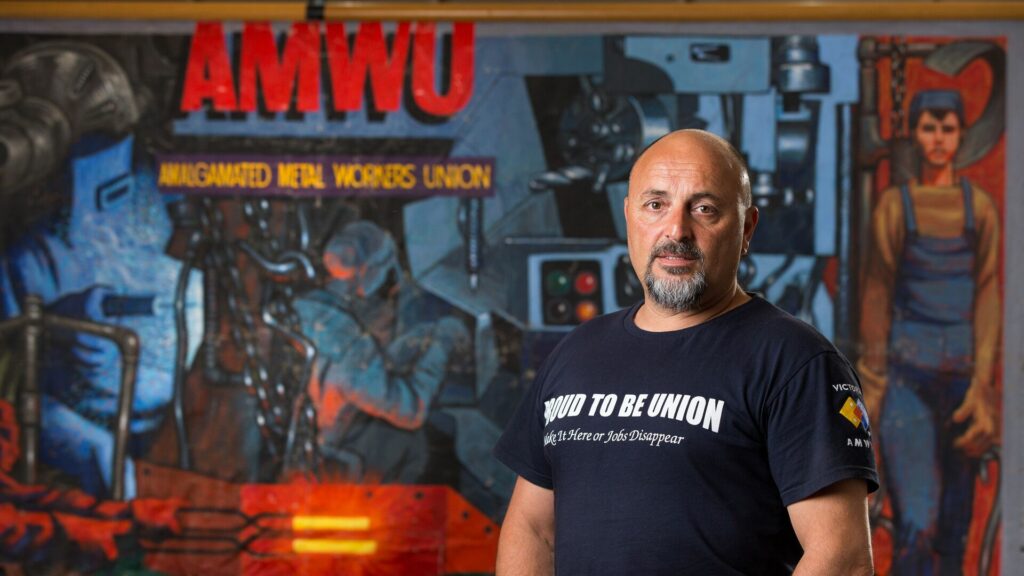 Regulators in the United States and the European Union have imposed anti-dumping duties on Chengxi Shipyard-made turbines, which are made with poor-quality steel and are subsidised by the Chinese government. Now Chengxi Shipyard is dumping its turbines in Australia – and the Anti-Dumping Commission is letting them get away with it. The Federal Government’s policy for a Future Made in Australia includes a commitment “to invest in our manufacturing sector”. That commitment will be much harder to live up to while Australia’s weak anti-dumping laws allow the domestic market to be flooded with shoddy overseas product.

“We’ve just had the long-awaited election of an Albanese Labor Government with a plan to rebuild manufacturing in Australia – a plan with decades-long advocacy and support behind it,” AMWU Victorian State Secretary Tony Mavromatis said.

“There’s so much enthusiasm and goodwill around making things in Australia again and having a government on the side of working people. But decisions like the Anti-Dumping Commission’s recent ruling on Chengxi Shipyard Co threaten the Federal Government’s ‘Future Made in Australia’ commitment.”

With this decision coming six weeks out from the Federal Government’s Jobs and Skills Summit, this is a perfect opportunity for the Minister for Industry to fix a long overdue problem in our anti-dumping laws that undermines Australian manufacturing, Mr Mavromatis argued stating the Union’s commitment to working with government – both state and federal – and with business, industry, and the community, to get wind towers built here in Australia.

“We have some of the best manufacturers in the world. We have the capacity and the capability to be an exporting nation that makes things. We call on the Minister to make overhauling these laws a priority and close this loophole that threatens Australian workers and jobs,” he said.