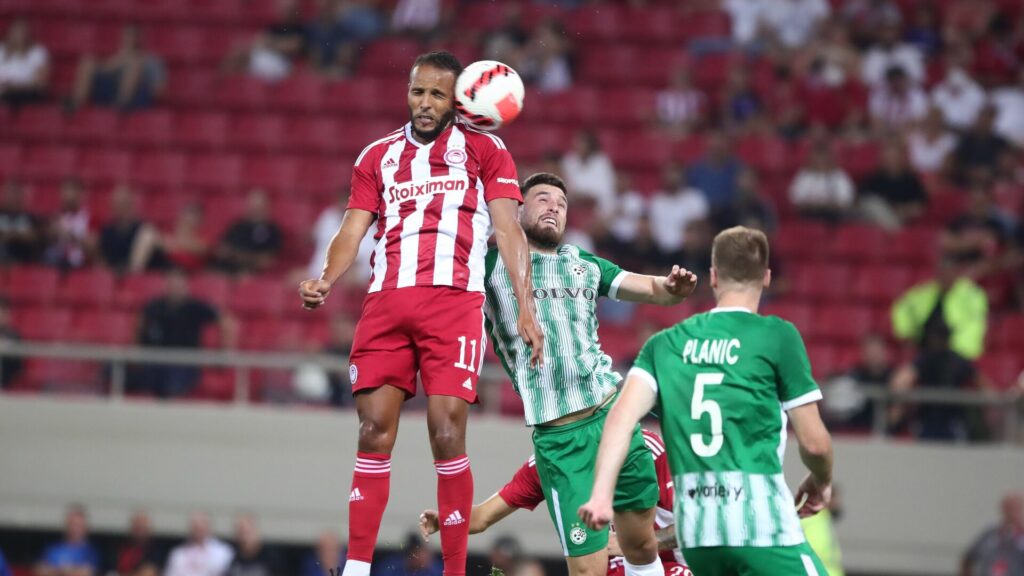 Olympiacos is forced to go another season without Champions League football after being humbled by Maccabi Haifa in a damning home defeat.

The Piraeus club was smashed 0-4 at “Karaiskakis” stadium by the Israeli champions on Thursday morning (AEST) in the second leg of their second round qualifying tie, winning 1-5 overall on aggregate, to send the Greek giants down to the Europa League qualifiers.

Maccabi Haifa took an early lead in the fifth minute after a powerful free kick from midfielder Tjaronn Chery proved too difficult to keep out for goalkeeper Tomas Vaclik.

The visitors then took control in the second half after striker Frantzdy Pierrot latched onto two crosses with his head, guiding them into the back of the net (61′, 65′) before his teammate, Mohammad Abu Fani, struck the final blow with a well-placed long shot into the bottom left (86′).

PAOK could only manage a 1-1 home draw against Levski Sofia on Friday morning, falling 1-3 on aggregate, to crash out of the Europa Conference League at only the second qualifying round.

Aris secured a 1-2 away victory in the second leg of their tie against FC Gomel on Thursday morning, finishing 2-7 on aggregate, to advance to the third qualifying round of the Europa Conference League.

The yellow-blacks opened the scoring through their new recruit and striker, Andre Gray, who polished off an excellent one-on-one chance in the 45th minute.

Gomel brought the contest level after Giorgi Gogolashvili (82′) converted his penalty but Gray stepped up again (90+3′), placing the ball into the bottom right after a great pass across goal from Juan Iturbe.

AEK Larnaca heartbreakingly fell on penalties (3-4) to FC Midtjylland in the Champions League second qualifying round on Wednesday morning.

The green-yellows pulled ahead early after a header from striker Victor Olatunji, though the Danish side responded three minutes later with their own header goal via centre-half Henrik Dalsgaard from a corner.

Neither side found the back of the net again until the penalty shootout, finishing 1-1 like in the first leg, and the woodwork proved the ultimate enemy for the home side, keeping out both Omri Altman’s and Luis Gustavo Ledes’ efforts to cruelly send them out.

AEK Larnaca will now face FK Partizan in the third qualifying round of the Europa League.

APOEL advanced to the next qualifying stage in the Europa Conference League after recording a vital 2-0 home win on Friday morning over Botev Plovdiv, improving on the goalless draw in the reverse fixture.

The hosts managed to break the deadlock on the verge of half time, thanks to a deflected effort from range by right back Issam Chebake (45+1′), and midfielder Georgios Efrem wrapped up the match and tie in the dying minutes with a brilliant low-driven free kick (90+3′).

Aris Limassol suffered a hugely disappointing 3-0 away loss to Neftçi Baku, losing the tie 3-2 overall as well as being knocked out from the Europa Conference League.

The Azerbaijani team went in front following a quick counter-attack, with striker Godsway Donyoh expertly finishing off the movement (38′), before a corner header from Eddy Israfilov (57′) drew them level on aggregate.

Kenny Saief then produced a wonderful long shot (62′) to complete the comeback for his side, overturned the two-nil deficit from the first leg and ensuring no European football for the Limassol club this season.