Two Greek Australians of Cypriot heritage have been acknowledged for their life’s work during an award ceremony at the Presidential Palace in Nicosia, Cyprus on 28 July.

Professor Maria Kavallaris AM and Dr Stepan Kerkyasharian AO have been awarded a Republic of Cyprus President’s Medal at the World Conference of the Cyprus Diaspora by the President of the Republic, Mr Nicos Anastasiades.

Pr Kavallaris was awarded the President’s Medal for Outstanding Contributions for her research in cancer biology and therapeutics. The accolade come on top of her being listed as a finalist for the prestigious Eureka Prizes, Australia’s most important science awards.

She has worked at the Albert Einstein College of Medicine in New York, U.S.A., as an IARC Cancer Research Fellow where she made significant contributions towards understanding the role of cytoskeleton proteins in tumour growth and cancer cell survival. 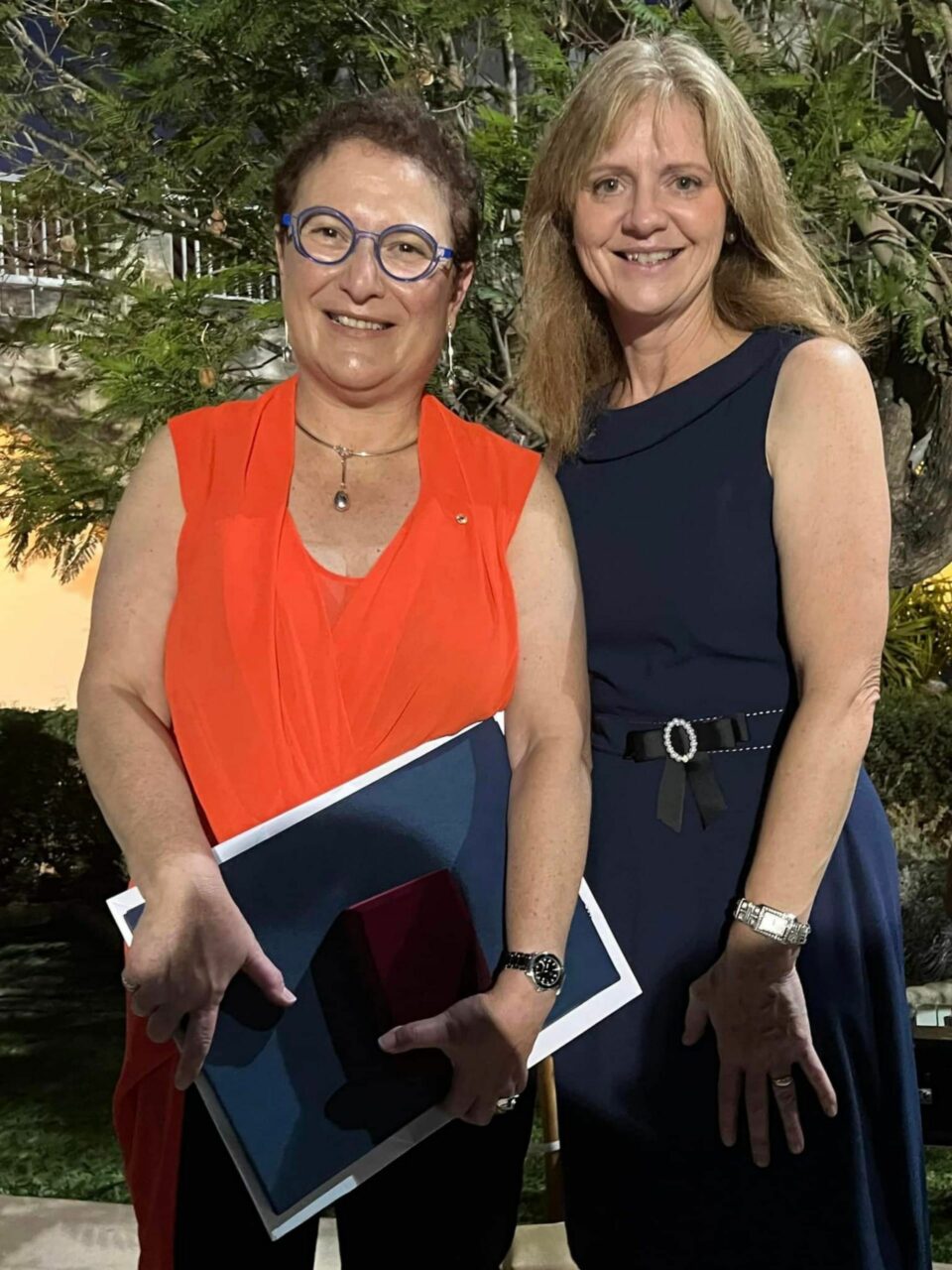 The former long-standing leader of NSW’s major multicultural agencies, Stepan Kerkyasharian, has also been awarded the Medal of Outstanding Contribution.

Mr Kerkyasharian was recognised for his pivotal role in fostering multiculturalism in Australia, championing debate and policy change to improve the well-being of under-represented communities on issues like religious practices, immigration law, refugee settlement, migrant qualifications and community relationships thus becoming a major influence in shaping community harmony. Most notably he was awarded for his long-standing contribution to the Cypriot Community in Australia, giving migrant voices a national platform.

Dr Kerkyasharian was the Chair and CEO of the Community Relations Commission of NSW from 1989 to 2014. In his concurrent roles as President and CEO of the Anti-Discrimination Board from 2003 to 2016 he advocated for minority groups, and became a major influence in shaping community harmony. From 1980 to 1989 he was the foundation head of SBS Radio and was made a member of the Order of Australia (AM) in 1992, received the Gold Cross in the Order of Merit of Poland in 1990, the Olympic Order in 2000 and the Doctor of Letters Honoris Causa from the University of Sydney. In 2011, Stepan was elevated from the AM to an Officer of the Order of Australia in 2011 for distinguished service to the Australian Community through a range of multicultural and anti-discrimination organisations, development and implementation of public policy and to the promotion of an inclusive society. The IOC conferred the Olympic Order on him in 2000. In 2013, Stepan was also awarded the Doctor of Letters Honoris Causa from the University of Western Sydney and the NSW Government created ‘The Premier’s Stepan Kerkyasharian Award for Community Harmony’ to recognise outstanding efforts of individuals working to make Australia a fairer and more tolerant place to live.