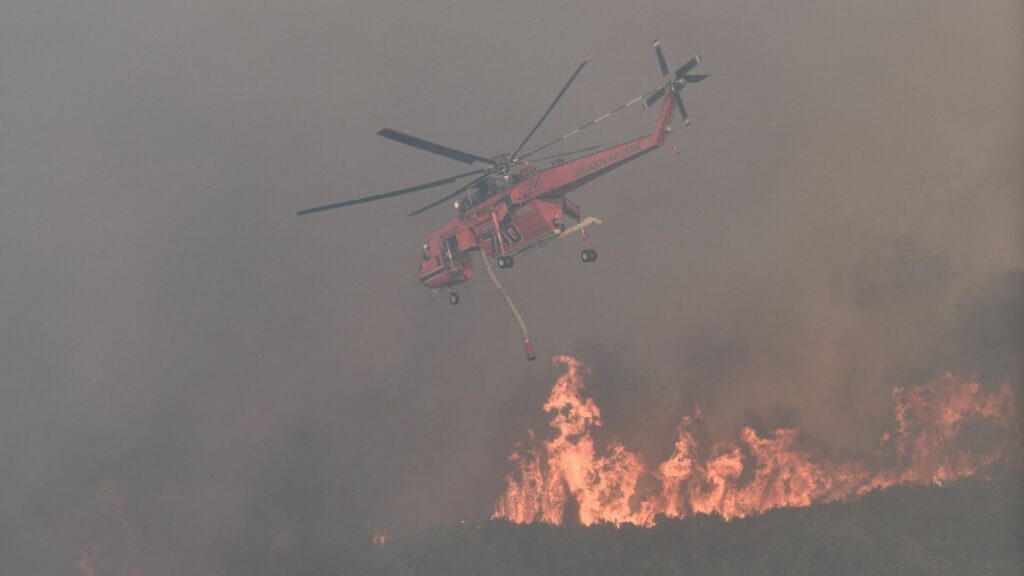 The regional units are either in the north (Chalkidiki, Thessaloniki), or in the Aegean (Chios, Icaria, Samos, all close to the Turkish coast, and the Sporades Islands, off the coast of central Greece).

What makes the above regions especially vulnerable today is a combination of factors: heat, dryness and high winds.

The Hellenic Fire Service announced that since July 22, nine individuals – eight men and one woman – had been arrested by fire investigators on charges of arson with intent or through negligence.

It also said that in the last week alone, it was called upon to deal with a total of 1,185 fire incidents, of which 345 were forest fires and 840 urban fires.

More fires are being investigated, according to local Greek newspaper Kathimerini.