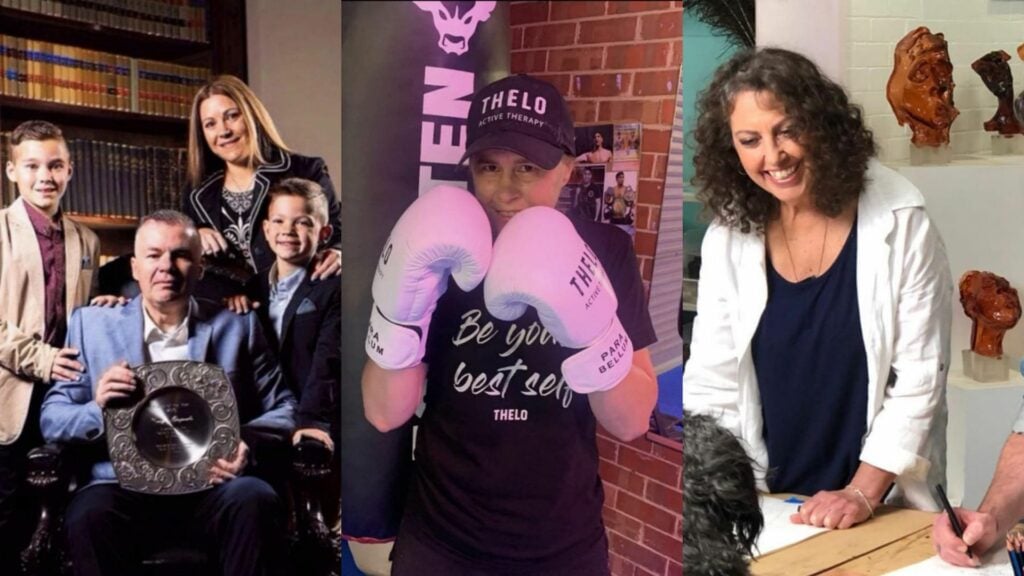 After years of struggling with self-worth and depression, Vickie Simos found a way through while training with a mental health professional and martial artist.

The Greek-Australian entrepreneur, holds a Masters in Counselling, a BA in psychology and a Graduate diploma in Psychotherapy, and has been involved in working with children for 10 years. Simos has worked for Melbourne Kids Developmental Services, and the Active After School communities program, as well as mentoring and volunteering at various schools and organisations, such as Anglicare. She has also volunteered at Pronia as a case manager/counsellor, working with CALD Communities.

“I have trained in martial arts for 20 years, worked as a personal trainer for 15 years and hold two black belts in different disciplines – 2nd Degree in Arjukanpo Karate and a 4th Degree in Doce Pares Eskrima. Simos has also won several medals in as many international and national competitions.

Bringing these two different life paths together, Simos founded Thelo – and acronym for Teach, Help, Elevate, Lives, Organically – to share her hard-learned knowledge and help other people gain confidence in mind and body.

Vickie always struggled to find her place, from adolescence to adulthood. Boxing was never Vickie’s first choice, and never something she had considered doing, but something pulled her towards it.

“This was not a smooth ride, but through a dedicated instructor who saw potential, a group of friends made along the way, and support from family, especially siblings, I learned a valuable lesson.

“By not giving up and by believing in oneself, you can achieve anything,” she says.

“Getting to this point was never going to be easy, and is still struggle, but it’s not without small achievements along the way.”

On 11 August, Simos teams up with Black Dog Institute to raise awareness and funds for mental health with an in-depth seminar and Q&A at the NSW Parliament House.

Titled “Martial Arts Therapy for Mental Health” the event promises to be an informative discussion at a time when local and global mental health issues particularly affecting youth are at the forefront.

“Awareness is knowledge, knowledge is power and power can make a difference in people’s lives.”

“Through my business, I’ve always liked to raise money, especially for Kids Helpline. So, when a friend of mine in Sydney suggested the Black Dog Institute, I was all for it, because they do research on mental health.”

Speaking about the upcoming event which she co-organised with Vicki Roulis, founder of Vasiiliko, Vickie Simos explains that the purpose of this seminar was to give a different insight on what each of us can do for our mental health and wellbeing.

“There’s more you can do, apart from seeing a counsellor, which is fine for a lot people, but you can do different things to help combat the mental health issues you face”.

“We also hope we can help break the taboo, that still surrounds the subject of mental health, in some circles. It doesn’t matter who you are, or what nationality. We all bleed the same and struggle”.

In addition to Simos who will delve into the principles of martial arts’ practices that can teach valuable lessons when struggling with mental health, there will be various presentations by two more Greek-Australian key presenters and a representative from BlackDog Institute.

Noula Diamantopoulos, psychotherapist, artist and author, and the founding director of the BeCause Movement and part of the Space 22 series on ABC/BBC will also be offering valuable insights from her extensive experience.

Finally, Terry Mitropoulos, who was told he would never walk again after being diagnosed with a brain tumour shares his own personal story.

Twelve years ago he went from successful businessman and happy father of two, to being diagnosed with a brain tumour at 36, with a five-per-cent chance of survival.

Mitropoulos underwent 13 brain operations, 72 different types of medication, a superbug contracted while in hospital that caused a blockage to his spinal cord and began to destroy his nervous system, a mechanical valve in his brain and two shunts to drain fluid, plus, a stroke. He lost his speech, sight and hearing. The doctors advised him that he would never walk again.

Not only did he walk but he he has completed a series of fundraising runs for Black Dog Institute, including the impossible feat of walking from Adelaide to Melbourne.

“My aim is to get the community together and to highlight the importance of mental resilience that enables us to endure the fight. I want to raise awareness of the importance of how working together anything can be achieved,” Mr Mitropoulos told Neos Kosmos‘ Theodora Maios in an earlier interview.

Vickie Simos invites the community to tune in and help support the important work that the Black Dog Institute does as it aims to create a mentally healthier world for everyone.

People can also offer sponsorship of the event, or provide an item for the auction that will be held during the event to raise funds for mental health.