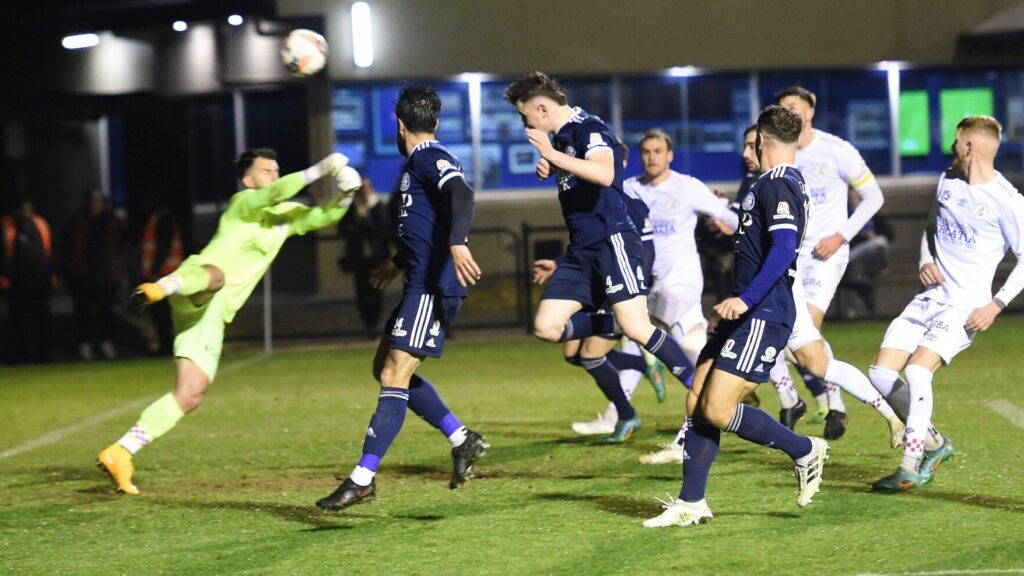 Port Melbourne have added another twist to a thrilling title race after defeating league leaders South Melbourne, keeping the premiership in contention for another week.

The Sharks downed “Hellas” in the biggest fixture of the 24th round of the Victorian NPL, allowing Oakleigh to narrow the gap to five points with two games left and maintain their slim chances for a first-place finish.

Heidelberg suffered a 1-2 home loss against top six rivals Green Gully on Sunday afternoon to remain in sixth with a two-point cushion.

“Megas” fell two goals behind after efforts from Gianluca Iannucci (38′) and Luc Jeggo (54′), with Kaine Sheppard scoring what was ultimately a late consolation (90+4′).

The Sharks earned a great 2-1 home victory over South Melbourne on Saturday evening to stop their opponents from securing first for at least another round.

Bentleigh Greens were beaten 3-0 away by Altona Magic to end their ten-match unbeaten run, keeping them locked on points with Heidelberg and only two in front of top six challengers Avondale.

Altona cruised to a three-goal lead, thanks to Lars Anton Kanninder (25′), an own goal from Danny Kim (37′) and Cherif Mohamed Aidara (55′).

Oakleigh bagged a vital 3-1 success over Melbourne Knights on Friday night to stay just in range of the league leaders and reserve their slim title chances.

It was an action-packed second half which featured all the crucial action, with the Cannons sailing to a three-nil advantage through Joe Guest (65′), Anthony Pantazaopoulos (75′) and Wade Dekker (89′), though Gian Albano managed to get one back for the Knights (90+2′).

NPL Victoria Ladder (teams which have a game in hand)

Sydney Olympic have won the premiership by the barest of margins after a sensational 2-0 victory over Blacktown City on Sunday afternoon, the team in first going into the 22nd and final round, sealing the title due to a superior goal difference over Manly United.

The Blues’ lethal marksman, Roy O’Donovan, scored a goal either side of half time (23′, 58′) to lift his side one point ahead of their opponents to 41 and have them finish above Manly United, thanks to a goal difference of +13 compared to Manly’ +12.

In Northern NSW, Kent Harrison’s winner (69′) guided Newcastle Olympic to a 0-1 success in their 14th round away catchup match with Charlestown Azzuri on Saturday afternoon, bringing them to 27 points in fifth.

Adelaide Olympic managed a crucial 0-1 away win over Croydon Kings in the 20th round on Saturday afternoon to greatly improve their chances for survival, with Ioannis Simosis’ goal (28′) taking them to 20 points in tenth, six points off of the bottom two.

Olympic FC fell 1-0 away to third-placed Peninsula in their 19th round encounter on Saturday evening, thanks to a penalty from Sam Cronin (31′), keeping them in second on 37 points.

Floreat Athena recorded a 3-3 home draw with Bayswater in the 18th round on Saturday evening, to remain in first on 37 points, one point ahead of their nearest challengers.

Canberra Olympic suffered a damaging 1-5 home defeat at the hands of Canberra Croatia in their 15th round meeting on Saturday afternoon, remaining on 13 points and falling to sixth place as a result.

Olympia Warriors was smashed 5-0 away against Clarence Zebras in the 16th round on Saturday late afternoon to stay in seventh with six points.