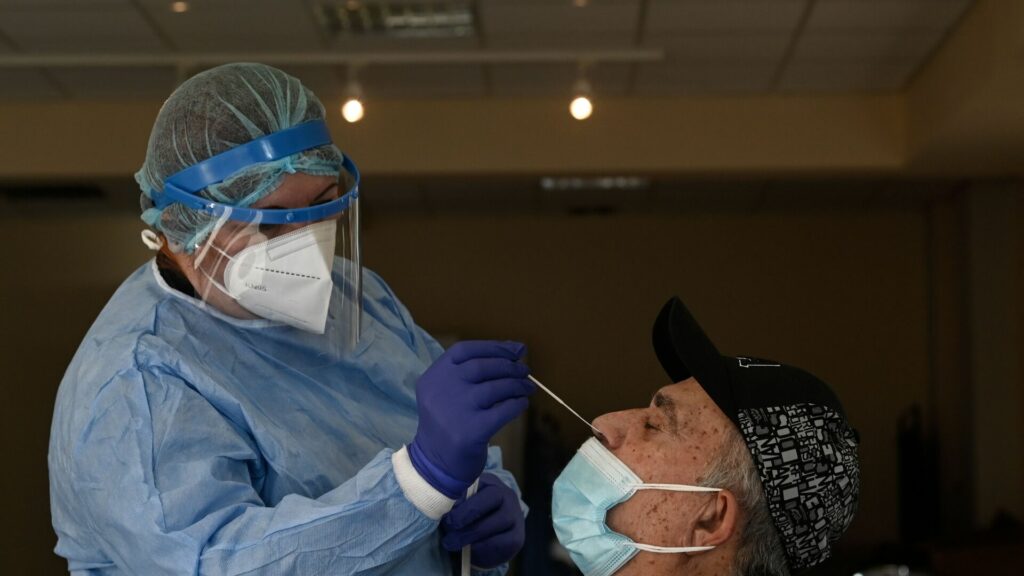 20 per cent of the weekly new infections are reinfections. All confirmed infections since the pandemic began sit at 4,474,616.

While the government is reporting upward of 20,000 cases daily, Professor of Pulmonology and Vice President of the Hellenic Respiratory Society Nikos Tzanakis talking on Open TV a few weeks ago said that it’s upward of 40,000.

A Neos Kosmos reader in their 30s, who wished to remain anonymous, said that they were infected with Covid-19 while in Greece.

The reader said they had spent “a week couped up in an apartment in Athens.”

“The first two days were terrible with headaches, fatigue, and a runny nose, but after things got better.”

“I am fully vaccinated, which I am sure stopped me getting sicker, but it wasn’t great, I still have a small residual cough… weeks later.”

The reader speaking to Neos Kosmos said that it was the Omicron variant. “It was Omicron and my throat was closed and in pain for the week and even after, I could not speak.”

Prof. Tzanakis said that the BA.5 subvariant of the Omicron strand of COVID-19 is transmitted rapidly and has “strong symptoms,” though this is not causing alarm, even though even those fully vaccinated can be infected with serious symptoms, including being put on ventilators.

“We are worried by the reinfections that some patients are experiencing as they modify our defense systems against other viruses,” he said, with mutations being new strains that vaccines don’t fully work against.

Tzanakis had predicted that the wave would peak in late July but de-escalate very slowly.

It has been likened to a “a roller coaster ride in August”, at the height of the summer tourism season.

The New Democracy conservative government is keen not to let the latest wave undermine Greece’s tourism receipts. The Greek tourism ministry has estimated that over 33 million tourists have visited Greece this summer.

Greek Australians in Greece for their summer holidays, or to visit friends and relatives, after two years of border closures are now facing the danger of infection or re-infection with the new wave of Omicron variant tearing through Greece.

There were 355 deaths from Covid-19 registered in the July 25-31 week, a ratio of 34 deaths per 1 million people, bringing the total of pandemic victims since the pandemic began to 31,377.

According to EODY of the people who died, 95.8 per cent had an underlying condition and/or were aged 70 or above.

A total of 138 patients were on ventilators in hospitals on July 31. Their median age is 69 years and 92.8 per cent had an underlying condition and/or are aged 70 or over.