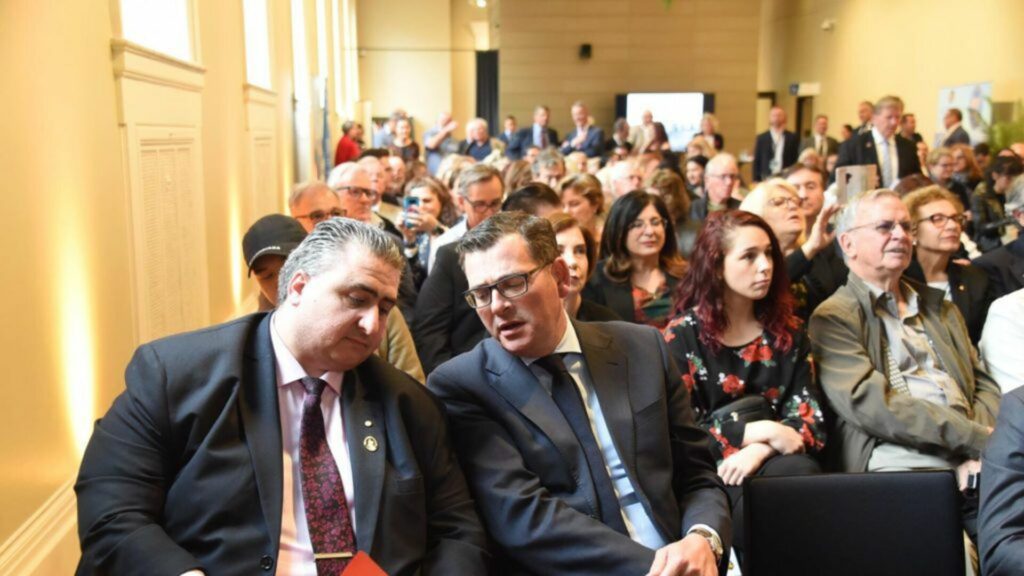 Lee Tarlamis MP is also the President of the Lemnos Gallipoli Commemorative Committee. Here, with Victorian Premier Daniel Andrews at the launch of Lemnos & Gallipoli Revealed in 2019. Photo: Jim Claven.

Member for Southern Eastern Metropolitan Lee Tarlamis was elected this week by the ALP Caucus to the position of Government Whip in the Legislative Council.

“It’s a privilege and honour to represent my community in Parliament and I look forward to serving in my new role as Government Whip in the Legislative Council, where I will continue to strive to make our state better and fairer, ” Mr Tarlamis told Neos Kosmos in a statement.

The Government Whip role was previously held by Nina Taylor MP, who will be taking over as the new Parliamentary Secretary for Health.

Mr Tarlamis returned to Victorian Parliament in 2020, having been re-elected to fill the vacancy created by the resignation of Gavin Jennings. He had previously served from 2010 to 2014.

Since 2020, the Victorian MP has also been serving as Chair of the Electoral MattersCommittee. Beyond parliamentary life, he is also the President of the Lemnos Gallipoli Commemorative Committee,