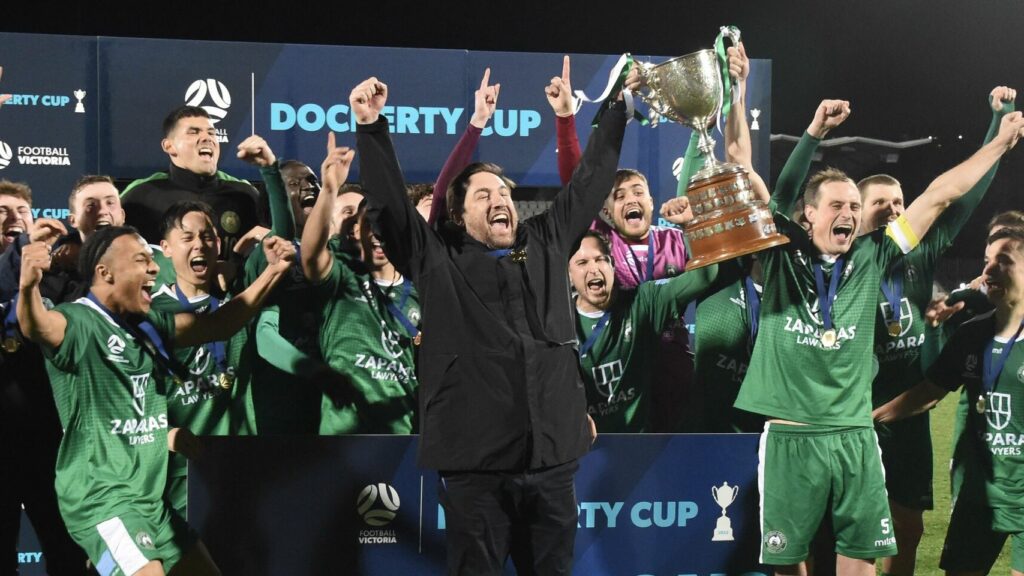 In a fiery match with late twists for the champions, the Bentleigh Greens secured a 1-2 win over the Oakleigh Cannons at Lakeside Stadium, Albert Park on Saturday.

Lifting the Dockerty Cup for the third time did not come easy for them, but late goals from Tom Strickland and Yagoub Mustafa did the job.

The Cannons performed best in the first half, but the Greens had Pierce Clark who saved several shots in the 15th, 38th, and 39th minutes.

Eventually, the Cannons took the lead with Joel Guest scoring early in the second half.

The 75th minute was a game-changer when Chris Droutsas was replaced by Mustafa who would take on the Oakleigh defenders at every opportunity.

In the 78th minute, Mitch Hore took the chance sending the ball to the back post with Strickland scoring and securing a decisive momentum for the team, before Mustafa sealed the win in the 82nd minute.

The Greens will face off next Sydney FC on Wednesday’s Australia Cup clash.