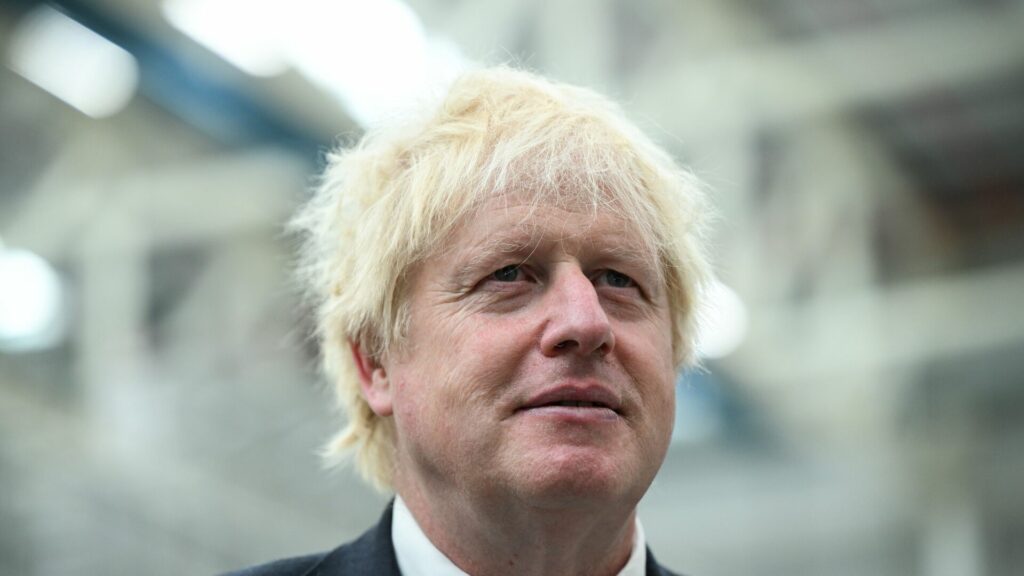 Image of a relaxed Boris Johnson during a visit to an Airbus factory in North Wales last Friday. Photo: AAP via AP/Oli Scarf Pool Photo

With the country facing a summer of discontent, of a harsh drought, rising inflation, and a leadership challenge that is turning testy, Britons are again turning on outgoing Prime Minister Boris Johnson who has embarked on a second holiday in as many weeks, this time to Greece.

Mr Johnson was spotted in Nea Makri, the Daily Mail has reported after videos showing him in a Greek supermarket shopping for groceries with with his wife, Carrie, were shown on the internet.

His critics have lambasted him for leading a “zombie” government as Mr Johnson first took his wife on their delayed honeymoon to Slovenia and is now in Greece. The opposition Labour have called the last weeks of his term “one big party” drawing parallels with the accusations that he held parties in the prime minister’s residence in Downing Street in defiance of the lockdown rules that he had imposed on the rest of the country. Those accusations led to his downfall.

The video shows the Johnsons packing their shopping into a bag and loading into a black SUV. His father, Stanley reportedly lives in villa in Horto.

The reaction on social media was not favourable with Labour MP Mary Kelly Foy stating on social media in mock entry in Boris Johnson’s diary (and a reference to the book by Lucien Young, The Secret Diary of Boris Johnson): “Thursday: Announce new help for people struggling to pay rising bills. Saturday: Holiday in Greece. ”