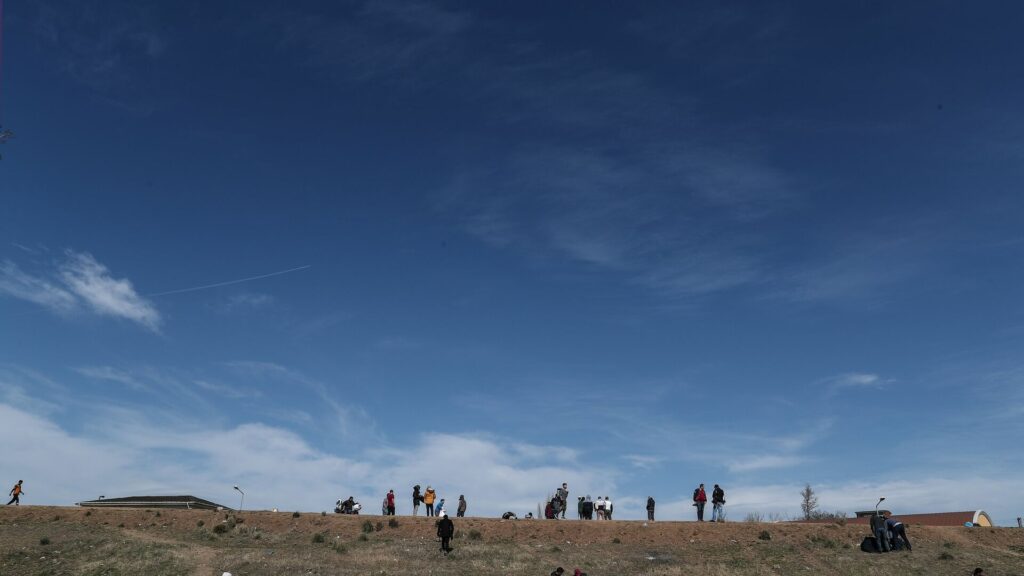 File image of a group of Syrian refugees on the Turkish side of Everos river in 2020. This week, Greek police reported they have found a group of 38 migrants on Greek soil after repeated reports that the g roup were stranded on islets on the river. Picture: AAP via EPA/Sudat Suna

Greek Police officials announced yesterday that they had found the 38 migrants who had earlier been reported to have been stranded on a small island on the Evros River on the border between Greece and Turkey.

The group consisting of 22 men, nine women and seven children – one of the children was dead – were found on Monday at a site within Greek territory that was away from the river and were about 4km from the where they had been reportedly stranded last week, reported Kathimerini.

A police source who did not want to be identified as the case was ongoing, said that officers found a dead child, a fact reported by aid organisation Greek Council of Refugees last week, but the remaining members of the group were in good health.

Police sent food and water to the migrants who said they were from Syria. They will be moved to a migrant reception centre.

Last week police said they had responded to numerous reports of migrants stranded on islets on the river and that coordinates given to them had placed the group within Turkish not Greek territory.

the head of the Greek Council of Refugees, Vassilis Papadopoulos said his organisation had first aware of the migrant group in mid-July.

Mr Papadolpolous said that about 50 people had allegedly crossed into Greece and were said to have been forced back into Turkey.

Quoting from migrants had told him, Turkish officials returned them to one islet on the river after another until they ended up on a Greek islet. Mr Papadopoulos went to say the migrants claimed they stayed on the islet because they feared physical abuse were they to re-enter Greece.

Greece has strongly repeated allegations that it carries out pushbacks of migrants to the country they entered from without allowing them to request asylum which is illegal under international law.