The exhibition opening took place on the National Remembrance Day for the Genocide of the Greeks of Asia Minor.

The project began in 2018 and is curated by Evita Arapoglou (vice-president of the Center for Asia Minor Studies, member of the Board of the Benaki Museum) and is co-organised with the Center for Asia Minor Studies, one of the most important scientific institutions for researching the history and culture of Asia Minor, which hosts the unique Oral History Archive based on the testimonies of more than 5,000 first-generation expatriates from the area.

The Benaki Museum is one of the three museums that received relics of the communities during their relocation to the Greek area and in this ode to the Hellenism of Asia Minor it takes us through 1,100 exhibits and over 500 photographs. This historical feat has come to life thanks to 88 holy metropolises, museums, archives, bodies, institutions, companies and sports clubs, custodians of the history and culture of Asia Minor Hellenism, as well as 93 individuals, who contributed treasures from their personal collections and archives, lending objects and documents to the exhibition.

Celebrating the centenary of the Asia Minor Disaster, the curation encompasses the before and after of the Catastrophe and the drama, attempting to synthesise the life of Asia Minor Hellenism before the end of its peak, as well as its population arrival in Greece after the uprooting, and the struggle of the refugees’ gradual integration into the new homeland.

The journey through the chronicle of Hellenism in Asia Minor is divided in three sections. The first part is dedicated to Ionia with a focus on Smyrna, Ayvali, and Vourla. The journey then focuses on Cappadocia and its majestic topography, the Karamanlid icons, the unique relics, the famous carpets from Sparta of Pissidia.

It also features Pontus, specifically Trebizond, monasteries and churches, as well as Kiutachia and the pottery workshops in Bithynia to arrive to Constantinople, and end in Eastern Thrace.

The second section is dedicated to the turbulent events between 1908 and 1922 showcasing military uniforms, armaments, maps, flags and pictorial documents both from the Greek and Ottoman sides. The exhibits incorporate chronicles from the settlement in Greece as the last part of the destruction took place.

The third section is dedicated to the expatriates from Asia Minor with photographic material from the reception of the refugees in Greece, scenes of daily life, the difficulties, state welfare, help from the West, the management of the exchange of populations, the work of the Refugee Resettlement Committee, the refugee settlements and refugee slums from all over Greece, refugee associations and clubs, the role of sports, arts and letters, and of course the birth and reign of the rebetiko. 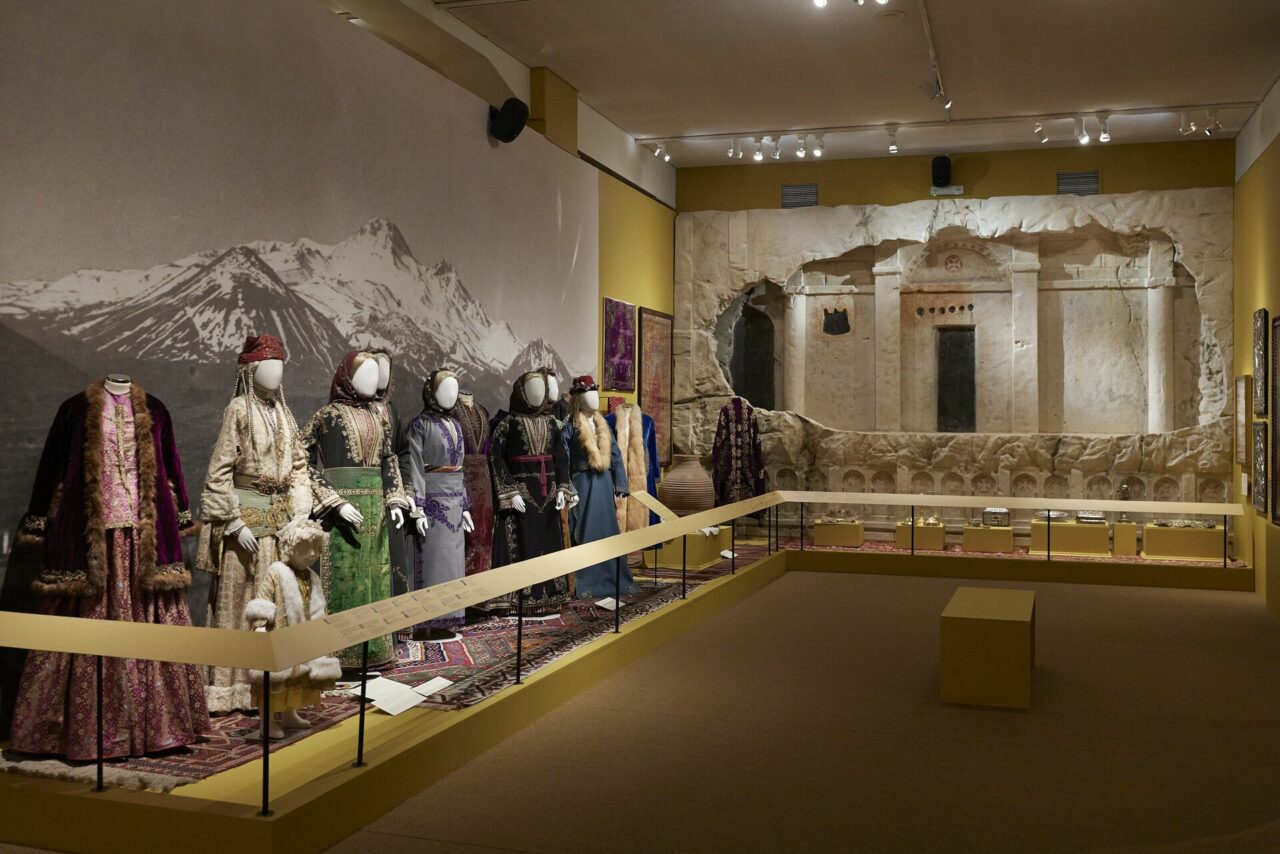 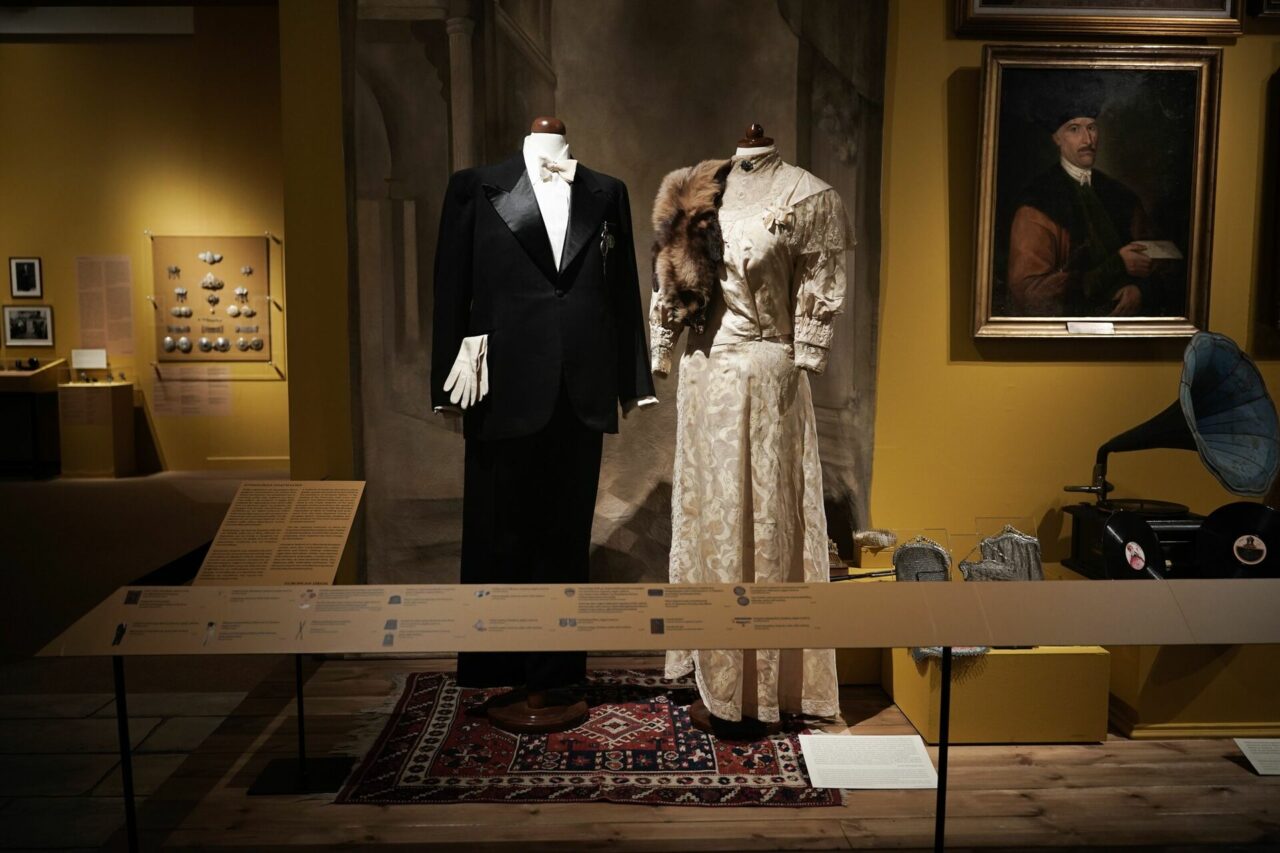 Greek Prime Minister Kyriakos Mitsotakis addressed the guests on the opening night and praised the contribution of Pontian refugees from Asia Minor to Greece at that time.

“Every great setback can be followed by a greater national success, and that today the ‘Great Idea’ is not associated with geographical possessions but with ‘Greater Greece’,” he said.

“The real confrontation of a country is with its past and its future. Hellenism may have lost one of its most creative foci in September 1922. Soon after, however, the country learned to win the battle for its prosperity.” 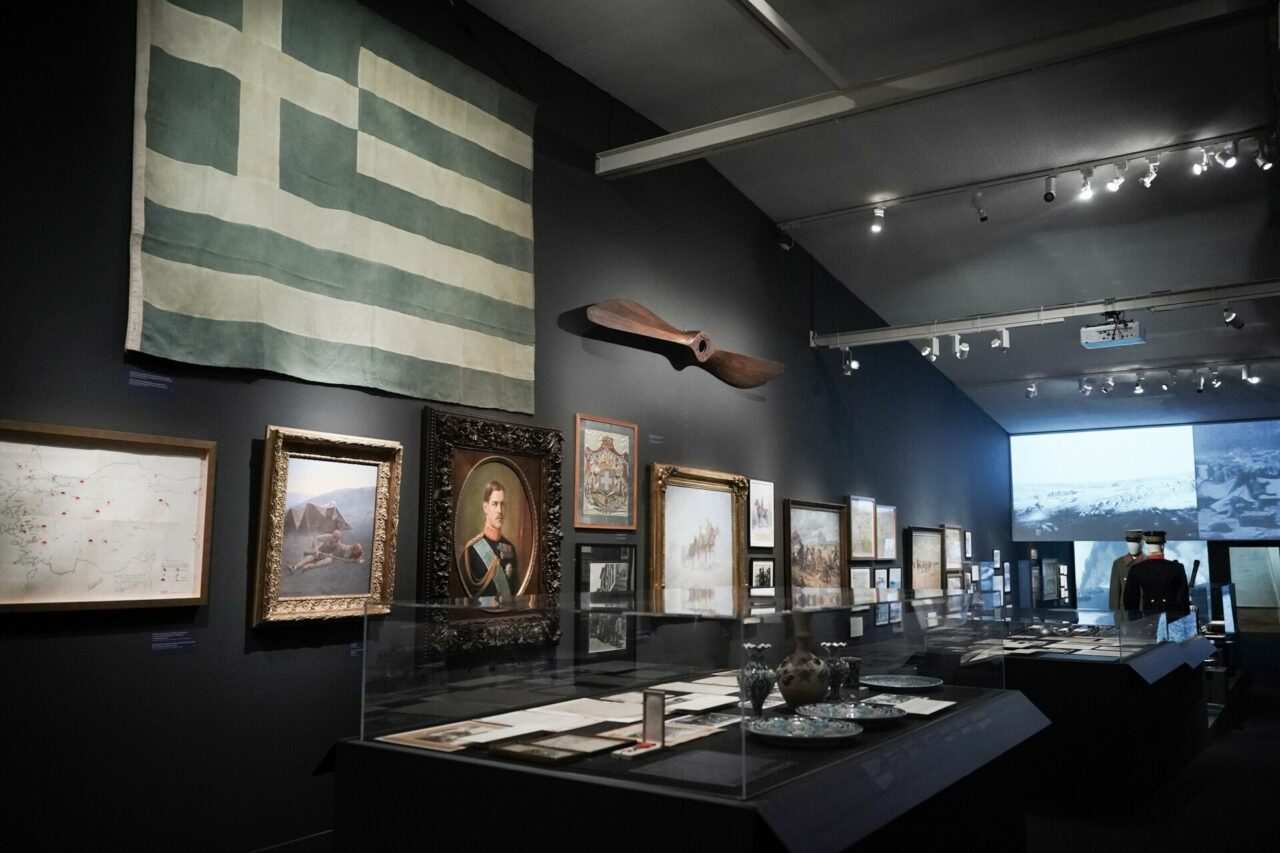 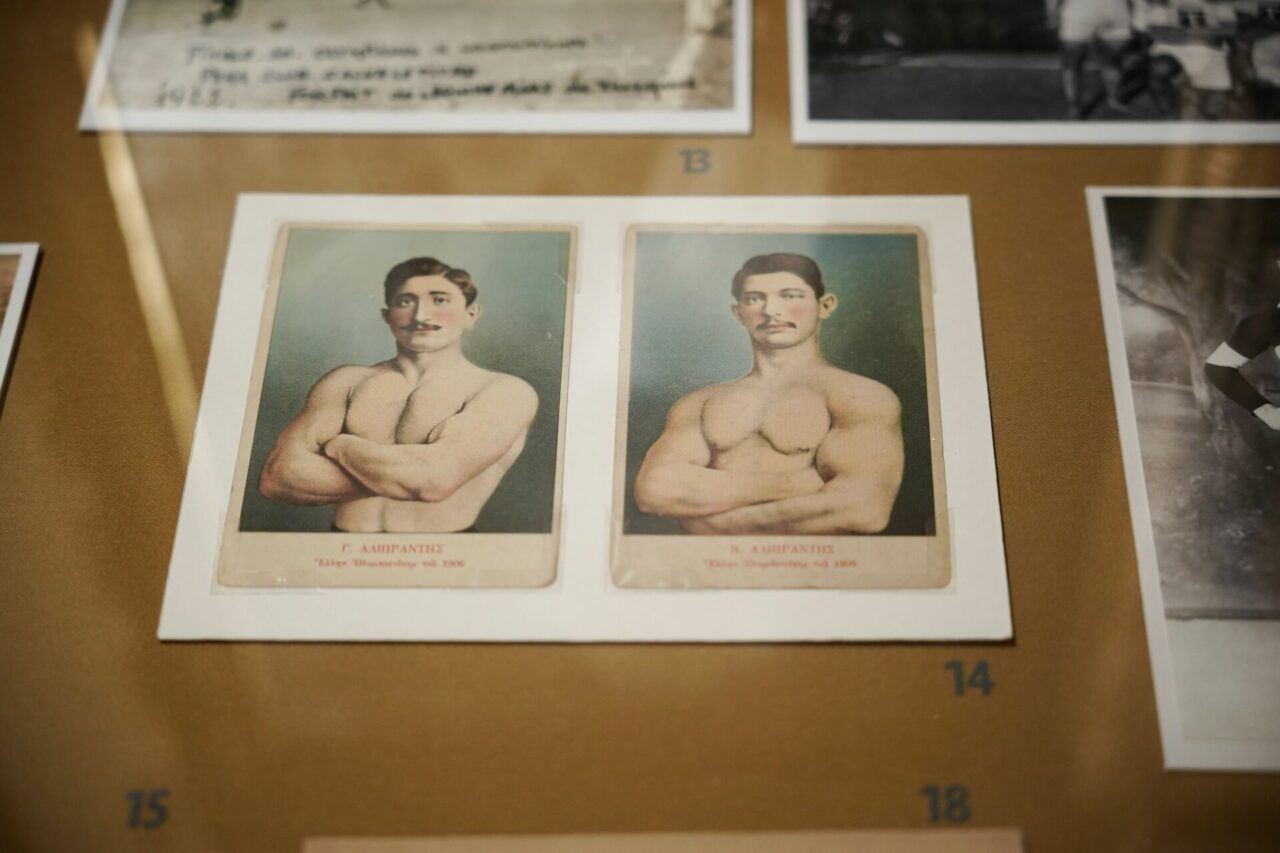 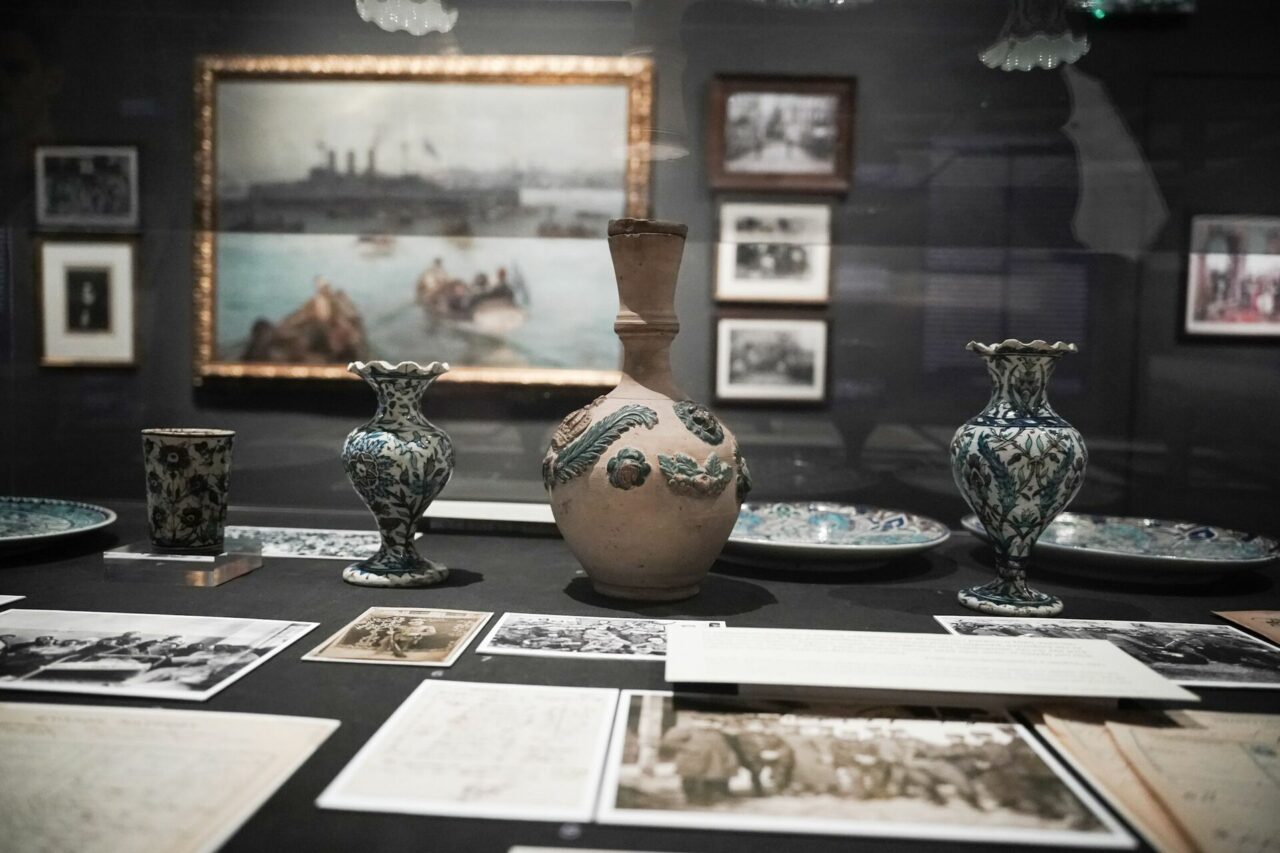 Praising the efforts of the Greek state and Eleftherios Venizelos to deal with the resettlement of millions of refugees through the Lausanne Treaty, he added:

“Since then, the Treaty of Lausanne has governed our co-existence with our neighbours… despite the fact that Turkey has violated it by uprooting the Greek element of Constantinople, Imbros and Tenedos.”

“The other side of the Aegean should realise, however, that the nearly one century of validity of this Treaty will be succeeded by many more. This is what history and geography, legitimacy and international stability require,” Mitsotakis added.

Also delivering a speech on the opening night, President of the Republic Katerina Sakellaropoulou highlighted the importance of reflecting of this crucial turning point in our history and learning from it.

“Despite the unhealed trauma of the refugee, the indescribable pain caused by the Turkish atrocities, the persecutions, the hundreds of victims, the loss of their holy places, the Greeks of Asia Minor managed to turn the heartbreak for their lost homelands into a lever of survival , rebirth, creation,” President Sakellaropoulou said.

“It is with great emotion that I inaugurate the exhibition ‘Asia Minor, Brilliance, Destruction, Uprooting, Creation’, co-organised by the Benaki Museum and the Center for Asia Minor Studies (…) The epic of the integration of the refugee population and its rehabilitation within the bosom of the Greek state, brings to mind the verse of our national poet: “The chasm opened by the earthquake immediately blossomed.”

“Because this so charming, multidimensional world of the East, the fertile civilisation of centuries in the coastal cities as well as inland, may have been violently lost, swept away by the insanity of the historical moment, but it carried to the opposite shores social concepts and symbiotic morals, cultural elements and daily practices that, even if they initially alienated or repulsed the native population, very quickly turned into a ‘gift from God’ for Greece, as the well-known American diplomat and president of the Refugee Rehabilitation Committee, Henry Morgenthau, characteristically reported to the League of Nations in 1924. The countryside was revitalised, crops were restructured and agricultural production multiplied. Industry was stimulated by the entry of a new workforce and by the action of people with keen entrepreneurial spirit, education, training and progressive orientation. The position of women improved, with their dynamic entry into the economy. A new wind blew into the country’s intellect, renewing its style and ethos. The artistic creation was enriched and expanded. Musical expression gained vigor and diversity.”

“We do not forget the people who were lost, the lives that were uprooted, the ancestral homes that were abandoned, the blood that was spilled, the mental trauma, the unspeakable pain. We do not overcome errors, delusions, idealisations, dichotomies,” she said.

“But we are proud of the fruits of the transplanting of Asia Minor Hellenism on Greek soil. The great “immigration” brought about that great mental and spiritual mutation that drastically changed the directions and orientations of Greek society. One hundred years after the disaster, an exhibition like the one we are launching today invites us to reflect on this crucial turning point in our history, without missing its emotional load, but also without underestimating its fertile power.”