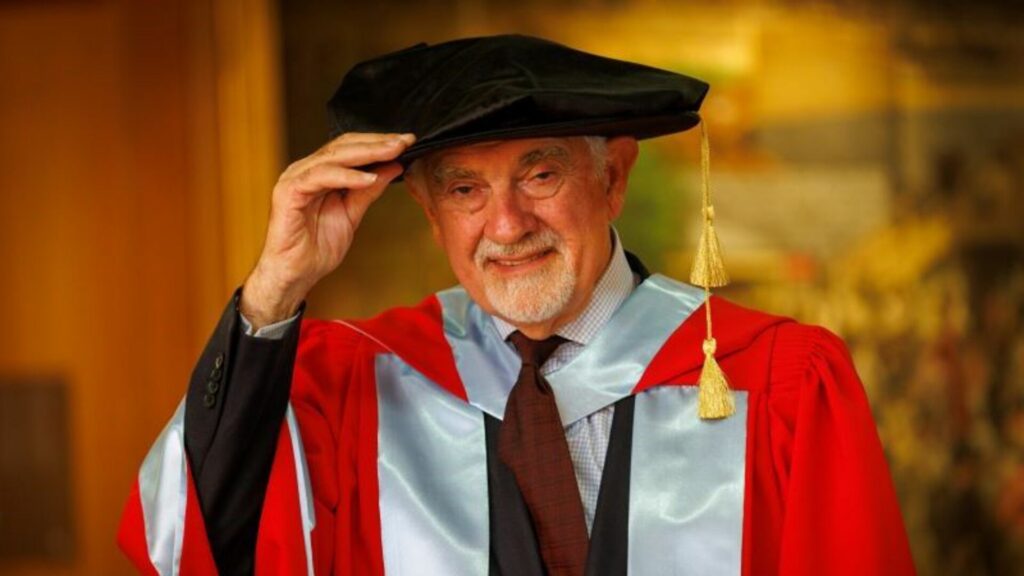 Former Victoria University (VU) Chancellor, George Pappas AO, has been awarded an Honorary Doctorate in recognition of his contributions to higher education, business, and philanthropy.

During his tenure as the university’s fourth Chancellor from 2010 to 2019, Dr Pappas had collaborated closely with then-Vice-Chancellor Professor Peter Dawkins to increase student results, retention and engagement.

He was a strong advocate of introducing the Australian-first VU Block Model of teaching and learning in 2018 and had among other causes contributed to VU research appeals and to VU’s 2016 Centenary Campaign.

Previously, Dr Pappas worked for over three decades at the international management consulting firm, Boston Consulting Group (BCG) in the USA, before returning to Australia to co-found Pappas Carter Evans and Koop (PCEK).

After retiring from consulting in 2002, he served in a number of State and Federal Government assignments, including as Under Secretary of the Victorian Premier’s Department from 2003 to 2005, and leading an audit of the Federal Defence Budget in 2008.

Among other roles he was appointed Chairman of the Committee for Melbourne in 2005 and honoured as a life member for his years-long service at the Western Bulldogs Football Club.

In 2016, he was awarded the Order of Australia (AO) for his wide-ranging contributions.

Dr Pappas migrated from the island of Rhodes, Greece to Australia with his family at age six in 1952 and graduated with with a Bachelor of Economics with First Class Honours from Monash University in 1968, and an MBA with Distinction from Harvard Business School in 1971.

A strong believer in the transformative potential of education, particularly for students from diverse cultural and socio-economic backgrounds, Dr Pappas with his wife Jill, are actively engaged in philanthropy, from contributing to VU scholarships for asylum seekers and First Nations students, to supporting whole-school improvement systems for raising education outcomes for under-achieving students.

He received the VU Honorary Degree on Friday.