Greek tanks on route to Ukraine 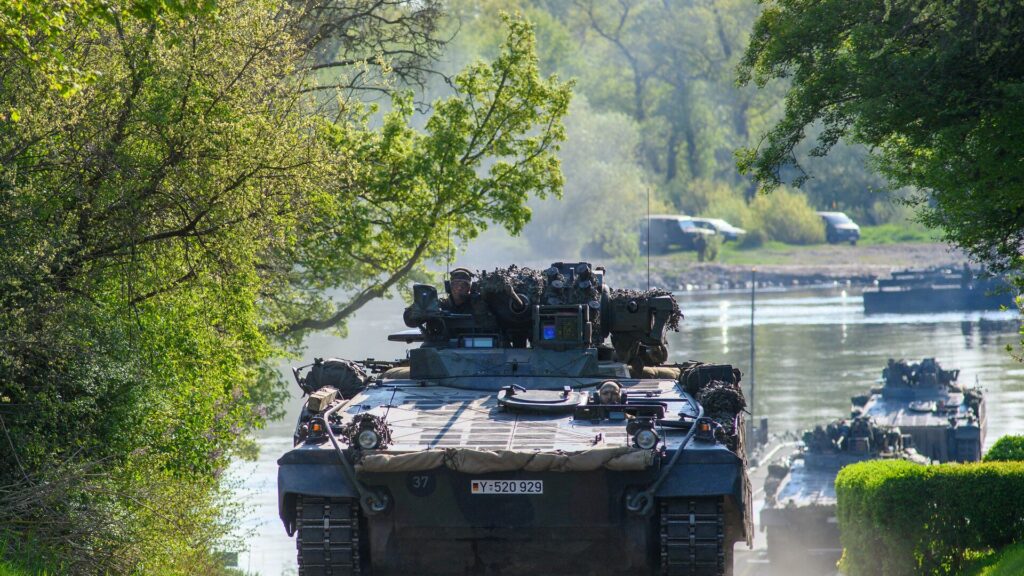 Greece will receive 40 German Marder IFV's in return for its delivery of vehicles to Ukraine Photo: AAP via DPA/Klaus-Dietmar Gabbert

Germany’s defence ministry has announced that a deal with Greece to supply the Ukrainian military with 40 Soviet era BMP-1 infantry fighting vehicles (IFV’s) will go ahead.

The exchange agreement, first mentioned in May of this year by German Chancellor Olaf Scholz, will see Greece receive 40 German Marder IFV’s in return for their military aid.

Greece ordered 501 of the Soviet designed BMP’s from Germany in 1993, of that number 140 were in active service with the Hellenic Army as of 2022.

Greece’s Ministry of the Interior issued a statement declaring that the tank-swap comes following discussions between the Greek Prime Minister and German Chancellor, alongside the two countries Defence ministers.

“in order to support Ukraine’s defence against Russia’s ongoing aggression, (they) agreed on the provision of 40 BMP-1 combat vehicles from Greece to Ukraine, which will be replaced by 40 MARDER fighting vehicles, which will be granted by Germany to Greece.”

The deal has gone ahead despite a slowdown in negotiations between the two countries. The previous arrangement for the exchange of over 100 vehicles was delayed due to disagreements about the terms.

The war in Ukraine, which has raged for almost seven months now, is thought to have claimed at least 30,000 lives, according to Reuters.