For five decades, PRONIA has guided generations of Greek immigrants who arrive in this country in search of a better life The grand formal reception to mark the foundation of PRONIA 50 years ago, and its contribution to the Greek community, was held at Hyatt Place in Essendon Fields, on Saturday.

PRONIA representatives, stakeholders and friends gathered to celebrate half a century of servicing the community.

During the evening pioneering founders of the organisation were honoured and PRONIA’s achievements and rich history were celebrated.

The evening was graced by the presence of a large number of people, representatives of business and community organisations and many dignitaries including, Federal Immigration Minister Andrew Giles, the Victorian Minister for Multicultural Affairs Ros Spence, Liberal MP David Davis, Consul General of Greece in Melbourne, Emmanuel Kakavelakis, Federal MP Maria Vamvakinou, President of the Ethnic Communities’ Council of Victoria, Eddie Micallef, Chair of the Victorian Multicultural Commission,Vivianne Nguen, patron of PRONIA, Judge Emilios Kyrou, president of PRONIA, Kris Pavlidis, Chairperson of Fronditha Care, Jill Taylor-Nikitaki and Fronditha’s CEO, Faye Spiteri, President of the Hellenic-Australian Chamber of Commerce and Industry (HACCI) Fotini Kypraiou, President of the Federation of Greek Elderly Associations, George Theodoros, and many other distinguished guests. In charge of the coordination and presentation was Spyros Alatsas, who acted as the master of ceremonies for the evening. Bertan Kaya of Bassfoods with his friends. 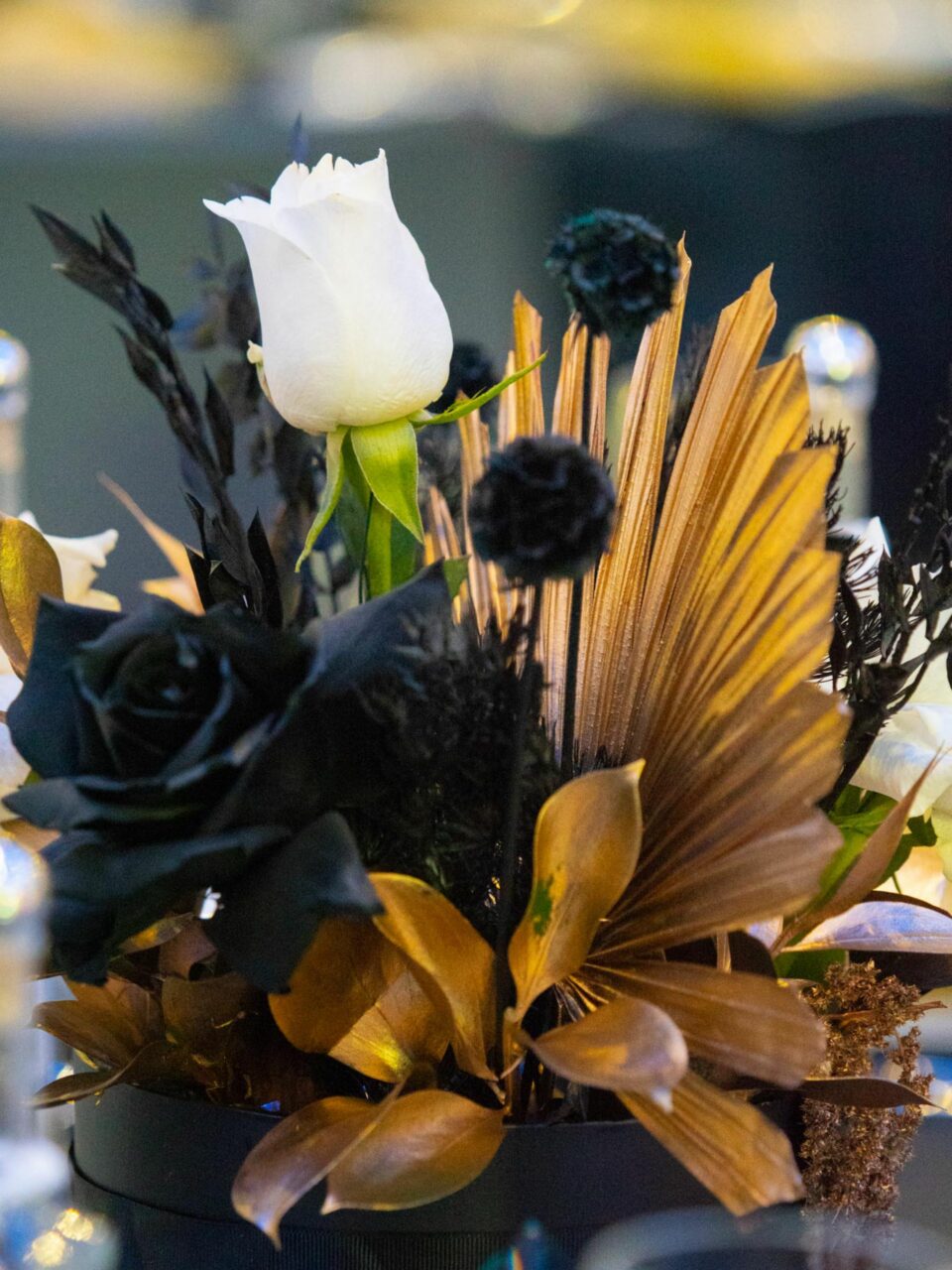 The hall was decorated for the event in black and gold. 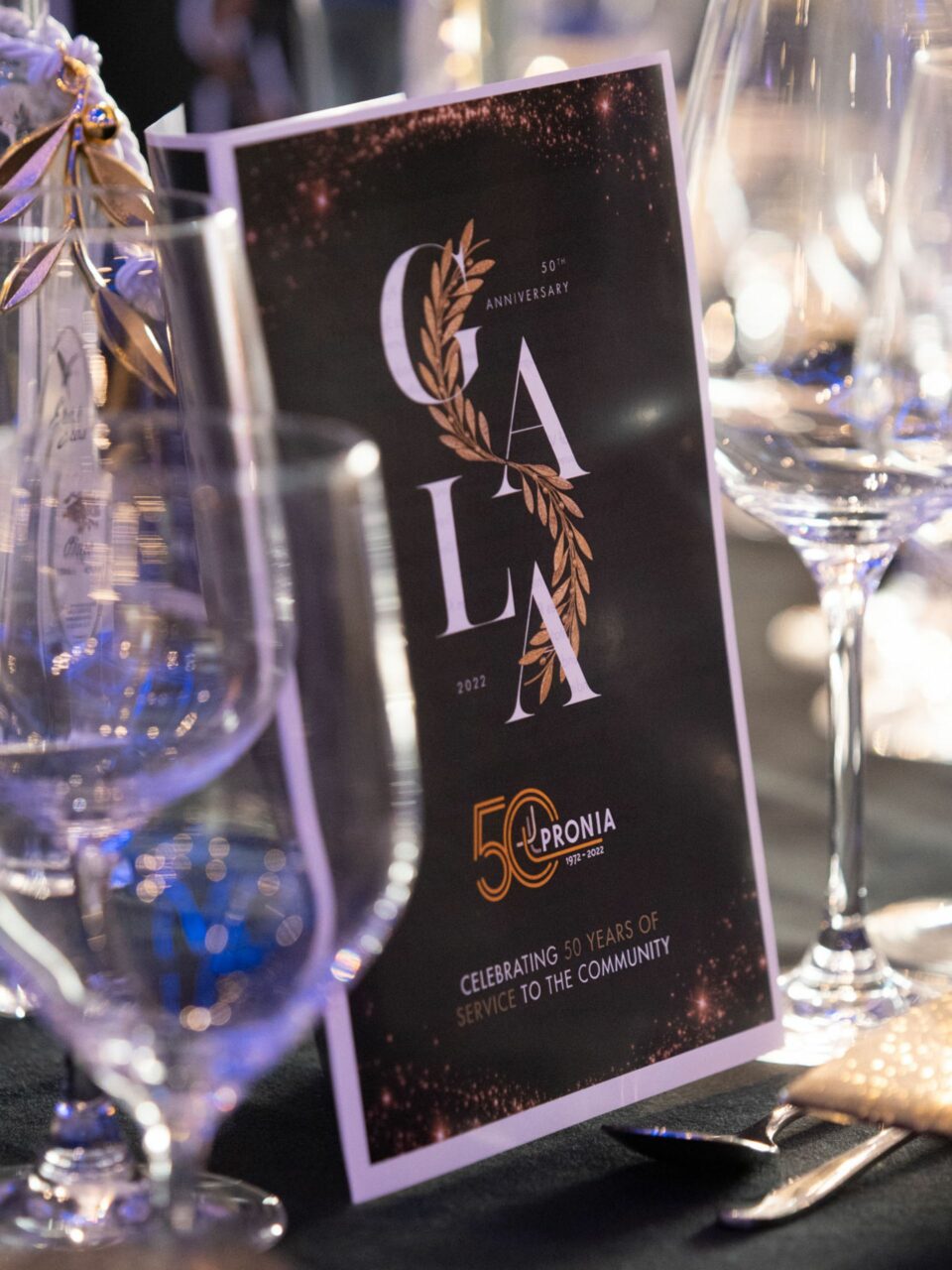 Two of the co-founders of the organisation, George Papadopoulos and Eugenia Mitraka, during their speeches referred to the first years of PRONIA, the difficulties and challenges they faced as the organisation took off.

The Consul General of Greece in Melbourne, Emmanuel Kakavelakis, spoke about the organisation’s significant contribution to the country and society, noting the support it provides to the Greek-Australian community, contributing to its progress and development.

The legacy of that 1972 meeting was addressed in an emotional speech delivered by PRONIA’s CEO Tina Douvos-Stathopoulou.

“The 50th anniversary is not just a celebration. It is also a timely reminder of the organisation’s vital history and legacy reflected in today’s Greek Australian community,” she said.

She spoke about how proud she felt celebrating this significant milestone in the history of PRONIA, and for all those people that have contributed to making the organisation what it is today. The Consul General of Greece in Melbourne Mr. Emmanuel Kakavelakis. The traditional Greek dancers on stage. 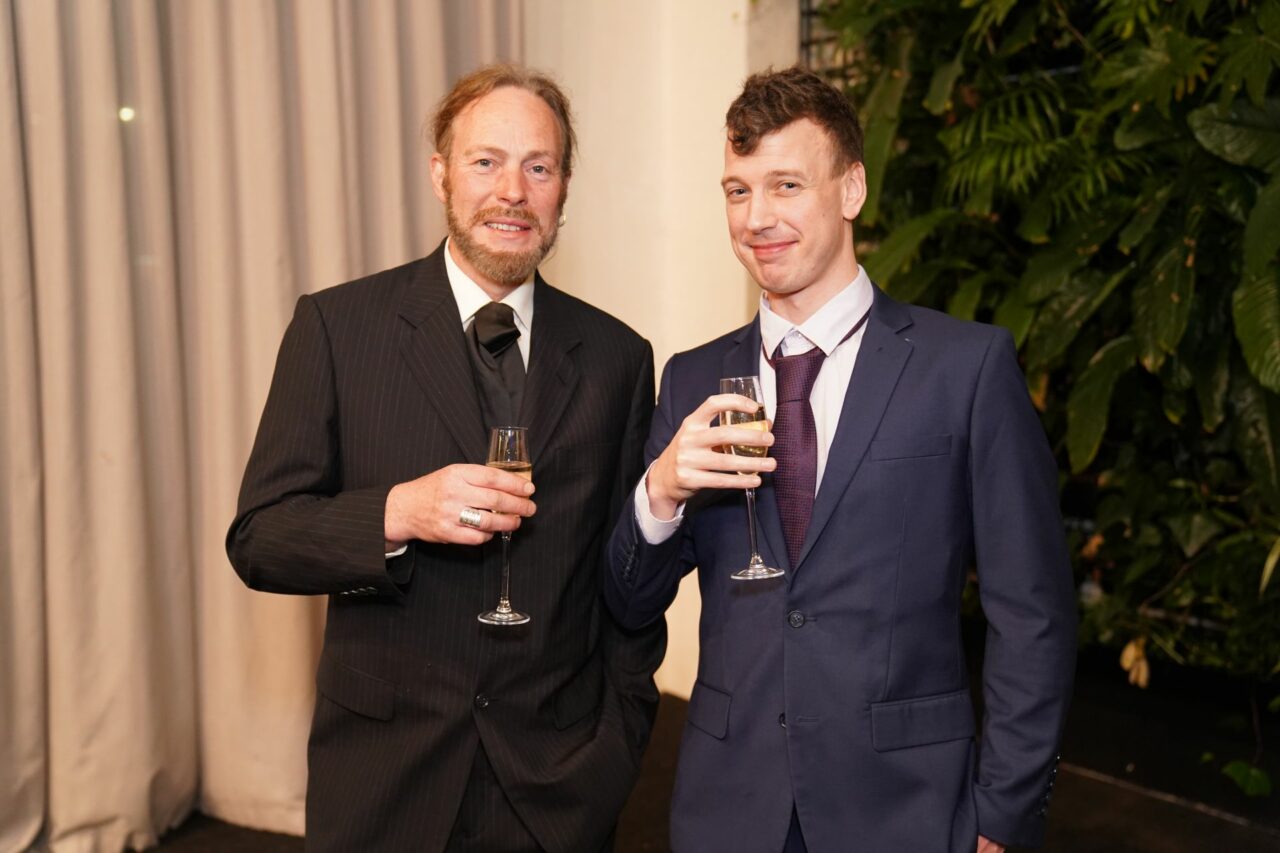 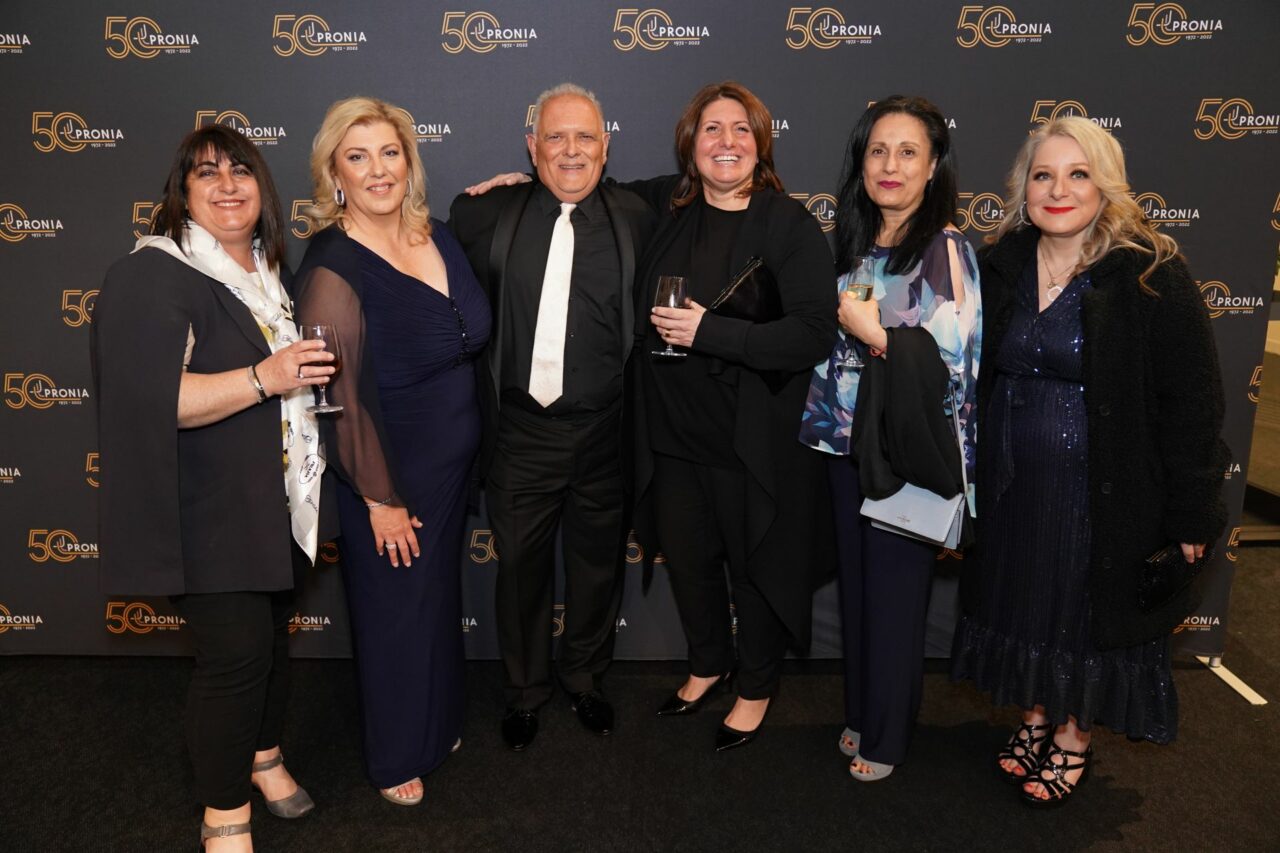 One of the first members of PRONIA, Savvas Avgoustakis.

“Each decade has had its share of achievements and challenges, however the only constant in the history of the organisation is in its strong governance and leadership, and the dedication and passion of its people – staff and volunteers” she said thanking each for their contribution. “It is amazing to think how far we have come and how much more we can achieve. I feel privileged to be leading the organisation during this time. We are continuing the work of a long line of leaders who had a vision for a better life and desired to make a difference in the lives of the people we serve.”

Ms Douvos-Stathopoulou continued by referring to the wide variety of social welfare services that span the entire spectrum – care for the elderly and disabled, family and children’s services, community services, etc. “PRONIA is the essence of the Greek community. Over five decades, the organisation has achieved its two core functions – advocacy and delivering important services.”

“While we recognise that change is inevitable given the current climate in which we operate and policy reform, the organisation has shown great flexibility and adaptability. I am confident that we will meet future challenges while seizing new opportunities.”

Among the highlights of the night was a video tribute on PRONIA’s history in the memory of one of its founders, Nick Politis OAM, and former president Margaret Moraitis OAM.

It was 50 years ago in 1972, when a group of visionary Greek-Australians met and discussed their ideas in order to help all the new migrants settle in their new country. 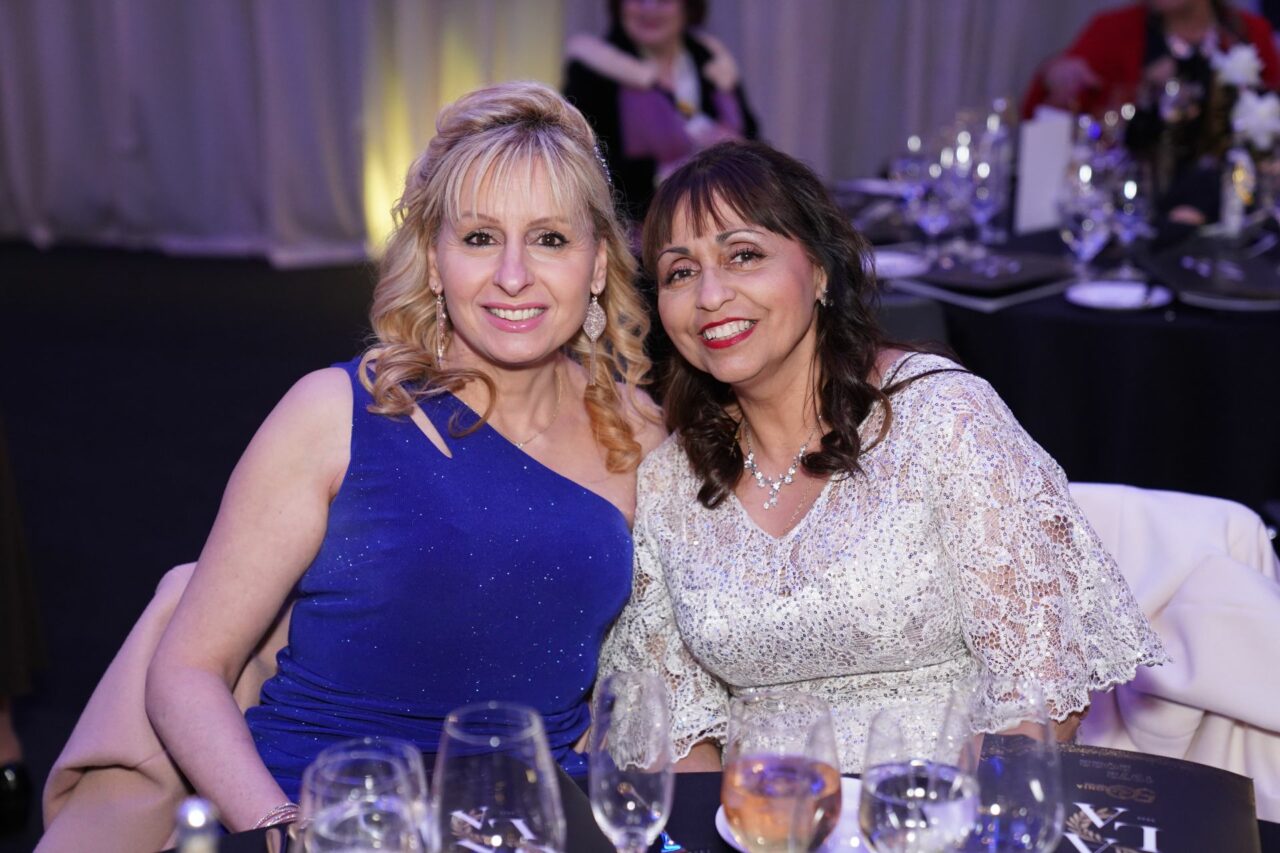 President of EEAA, Loukas Rizopoulos with his wife.