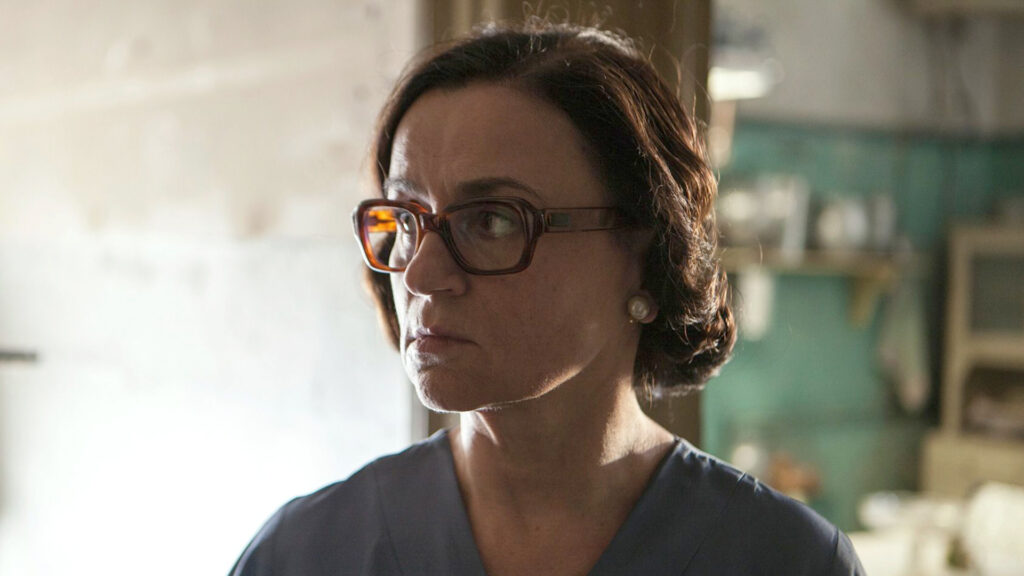 Not long to go until the opening night, featuring 'Eftihia' with Kariofilia Karabeti. Her unique personality was reflected in her lyrics that have become some of the greatest and most timeless hits, such as "Perasmenes mou agapes", "Oniro Apatilo", "Ime aitos horis ftera", and more. Photo: Supplied

The 2022 Greek Film Festival returns to Australia screening iconic films from 13 to 23 October, to celebrate the best of contemporary and classic Greek cinema.

This year’s festival, is special as it is dedicated to the 100th Anniversary of the Asia Minor Catastrophe. An event described as “changing the face of modern Greece”

“We’re thrilled to showcase another eclectic lineup that is just a small sample of the rich stories that hail from Greece,” said Festival Chair, Nia Karteris.

“This is not only a celebration of strong, Greek voices from around the world with a program that we know will resonate with, inspire and bring joy to Australian audiences; but also a reflection of the life changing events that shaped and altered many Greek lives.”

The festival will open on Thursday, 13 October with the iconic film ‘Eftihia’. Inspired by the life of lyricist Eftyhia Papagiannopoulou who took risks and vowed to live life on her own terms. Directed by Angelos Frantzis and starring Kariofilia Karabeti, Katia Goulioni, Pigmalion Dadakaridis, Thanos Tokakis, and Dina Michailidou, the film celebrates the timeless popular songs written by Eftyhia and set to music by Tsitsanis, Kaldaras, Hiotis, and Hadjidakis among other legendary musos.

Closing the festival on Sunday 23 October, is Gregoris Karantinakis’ ‘Smyrna My Beloved’ which follows Filio, an elderly Greek American woman whose family diary tells the turbulent history, shaped by international developments, and brings past and present together. The movie recounts the cosmopolitan life of Smyrna and its destruction by the Turkish army in 1922 and is based on a play by Greek actress Mimi Denissi which ran successfully in Athens for three years. The film draws parallels between the refugee crisis of 1922 and the current Syrian refugee crisis as it begins in the present when a young Greek-American woman, Helen, goes to Mytilini with her grandmother Filio Williams (Jane Laportaire) to help Syrian refugees fleeing the civil was in their country. In the process she uncovers her own family history and their experiences fleeing Smyrna a century earlier.

Eftihia and Smyrna are not the only Hellenic cinematography gems screening at the Greek Film Festival this year, there is something for every taste.

Dog (2021) – Young Dimitris, on the verge of manhood yet very much a child, has romanticised his absent father to mythic proportions. When his father is finally released from prison, Dimitris’s longing to enjoy some family happiness with him becomes even more intense, but while fighting for everything he wished for, he must face an unprecedented form of violence.

All The Pretty Little Horses (2020) – In the wake of a disaster, Aliki and her husband Petros take their young son Panagiotis to a provincial seaside town, seeking refuge. Working temporary jobs, Aliki and Petros try to put their lives back together so they can return home to Athens. When Aliki begins to realise that the plan is not working – or worse, may not even exist – the distance between her and Petros begins to grow.

Apples (2020) – As an unpredictable, sweeping pandemic causes people to develop sudden amnesia, a man finds himself enrolled in a recovery program designed to help him build a new life. His treatment: performing daily tasks prescribed by his doctors on cassette tape, and capturing these new memories with a Polaroid camera. Greek writer-director Christos Nikou’s debut feature is a surreal and enigmatic work, a beguiling exploration of identity and reality.

Broadway (2022) – Nelly is escaping from her wealthy and controlling family. As she dances in a strip club, she meets Markos, a small yet charismatic gangster, who soon becomes her protector and lover. He brings her into Broadway, an abandoned entertainment complex in Athens squatted by a small community of dancers, tramps, thieves and a captive monkey. When Markos gets arrested and imprisoned, a mysterious newcomer, wanted dead by Athens’ most dangerous mafia, will take an unexpectedly important place in the gang.

Dodo (2022) – In their luxurious villa near Athens, Mariella and Pavlos, a couple on the brink of financial ruin, are about to celebrate the long-awaited wedding of their daughter Sofia to a wealthy heir. Then a dodo, a bird that became extinct 300 years ago, appears on the scene, dragging all the protagonists into absurd situations.

Echoes of the Past (2021) – A fictional drama inspired by a true event, the massacre committed by invading German troops at Kalavryta, Greece, in December 1943. When the Greek government launches a claim for war reparations, Caroline Martin, a high-flying lawyer, visits Kalavryta to investigate. An unexpected encounter with the last survivor of the tragedy, Nikolaos Andreou, leads them both down a dark chapter of history. As the traumatic past comes to light, its painful echoes grow stronger than ever.

Eftihia (2019) – A film inspired by the life of Eftyhia Papagiannopoulou, a lyricist who created a massive volume of timeless popular songs, set to music by Tsitsanis, Kaldaras, Hiotis, and Hadjidakis, among others. She travelled from Smyrna to Greece, with only one little pillow clutched between her arms. On board the ship that took her away from her home for ever, she decided she would never let life pass her by. She vowed to live on her own terms. Her name means Happiness but destiny made sure she knew very little of it.

Fantasia (2019) – Greece, October, 1993. The Greek Socialist party (PASOK) has just won the elections, television is dominated by trashy entertainment shows, and every night you can escape reality in bouzouki clubs. Fotini, a talented young singer, arrives in Athens to work in one of these. This musical drama captures the sometimes-seedy atmosphere of the 1990s night club scene as it follows Fotini’ s rise to stardom. As her popularity grows, her personal life is shattered, due mostly to the machinations of her jealous elderly mentor, a man she naively trusts.

I Love Greece (2022) – Jean and Marina, a Franco-Greek couple, are going to Athens for their summer holiday. There they meet up with Marina’s exuberant Greek family and a country in economic crisis. As they prepare to spend a romantic getaway on a small Cyclades Island, Marina’s entire family decides to come along. Nothing will go as planned under the fiery Aegean sun.

Monday (2020) – Mikey and Chloe, two Americans in their mid-thirties living in Athens, meet in the heat of summer one whirlwind weekend. When Chloe’s time in Greece is drawing to a close, she decides to give up her high-flying job back home and explore whether one weekend’s passion can stand the reality of the inevitable Monday.

Smyrna (2021) – Filio Baltatzi, an elderly Greek American woman, goes to the island of Lesvos to help the refugees. Almost a century earlier, her family had lived on the island when they themselves were refugees, fleeing Smyrna after the destruction of the city. Flio’s grandmother’s diary records the family’s turbulent history, shaped by tragic international developments. Filio is accompanied to Lesvos by her reluctant granddaughter, and different generations of women in the same family come together in space and time, as past and present become one.

Tailor (2020) – A coming-of-old-age story of an eccentric Tailor who doesn’t quite fit into the world and has isolated himself in the attic of the family’s tailoring shop. On the verge of losing everything, he reinvents his life and his craft by creating a tailor shop on wheels. He brings style and confidence to the women of Athens and falls in love for the first time in his 50s.

The Greek Bar Jacket (2021) – The Greek Bar Jacket offers a unique glimpse into the making of Dior’s emblematic Cruise Show 2022 at the Panathenaic Stadium in Athens. The documentary captures how the worlds of haute couture and local folk art come together to produce a highly ambitious runway show, marked by a stunning display of local craftsmanship.

George Bizos Icon (2021) – An insightful chronicle of the life of legendary human rights advocate, George Bizos, made with broad access to Bizos’ s close associates, and rich with archival footage. From his early friendship with Nelson Mandela to his central involvement in the Rivonia Trial and numerous other seminal legal events, Bizos’s life was intimately linked to key political events in South Africa’s history.

Markos (2019) – A group of musicians travel to Syros to participate in a tribute to Markos Vamvakaris. In parallel to this journey, composers, musicologists and artists from around the world highlight the musician’s legacy in the 21st century. A documentary on Markos’s influence on the contemporary soundscape both in Greece and the whole of Europe.

Sundays (2020) – After thirty years of serving as a Greek Orthodox priest in the US, Tom Avramis decides to leave the priesthood, shocking his tight-knit family and admiring parishioners. When his daughter discovers an old video he made about his life detailing the burdens and secrets he carried, she turns the camera on him, revealing further secrets about her father’s past.

To book VIC and NSW tickets head to www.greekfilmfestival.com.au