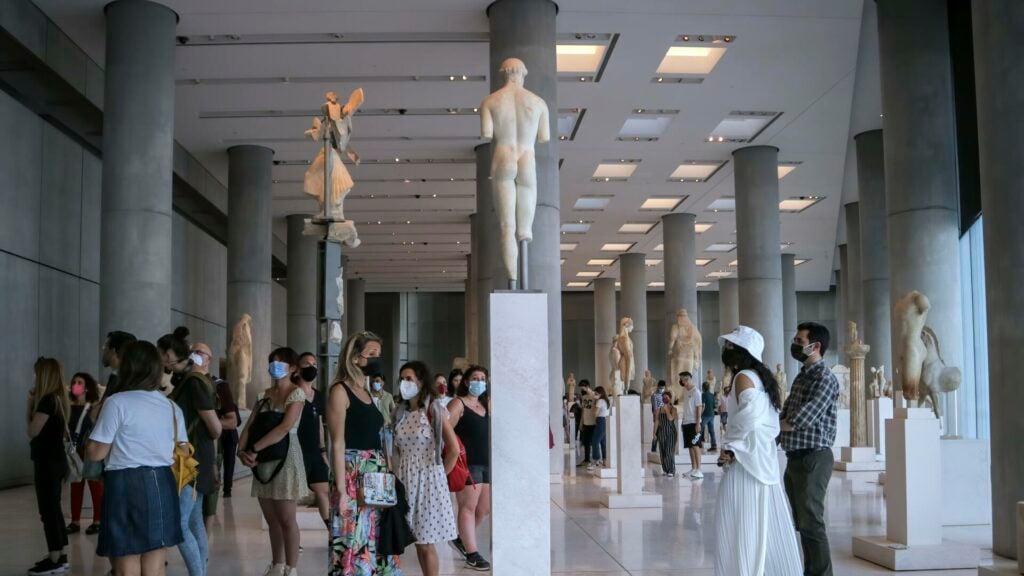 The Acropolis Museum in Athens, Greece, is the rightful institution to house the Parthenon Sculptures. Photo:AAP/Dimitris Aspiotis

As a member of the International Organising Committee, Australia, for the Restitution of the Parthenon Marbles, and being a heritage lawyer, I was asked by Neos Kosmos to comment on the omission of the Parthenon Sculptures, (Marbles as they are commonly referred to) in the new ABC series by Marc Fennell, The Stuff the British Stole.

The fact that I was asked is a reflection  of how recognised the issue of the Parthenon Marbles is, as one of the oldest and most significant cultural heritage disputes in the world. The Parthenon Marbles housed in the British Museum, and their return to Athens, is not a Greek issue only, it is a global conversation that speaks to the significance of injustice and the need for cultural restitution.

Museums are no longer 19th Century institutions in the west, replete with objects collected from across the world, often as colonial booty. They are living institutions, mediums of education and cultural representatives.

If that education is incorrect, or the object is out of context and does not reflect the truth, then injustice is being done. There is a new reckoning of how western museums – Berlin, London, Paris, New York and even here, represent other peoples’ histories and cultures. And to that effect, the ABC series The Stuff the British Stole, is a good for edging on the conversation for all peoples who’ve had their cultural heritage stolen.

The Parthenon Sculptures, symbolic of Athens’ birth as a democracy, are a universal legacy. Greece may not own the conversation, but it drives it, and Greece will ultimately be the one to correct the injustice. The British Museum leveraging on that argument, concludes that the Parthenon Marbles are owned globally. They are, according to the Museum, ‘safe’ in Britain. The British Museum are thus self-proclaimed gate-keepers of Hellenic and universal cultural heritage.

Underlying the British argument are a number of dubious strands. One, is that Britain is the natural apotheosis of ancient Greek culture – it isn’t. And that Greeks, and Greece, is still an underdeveloped state unable to protect its own heritage.

Over 35 million tourists visited Greece in 2022, the new Acropolis Museum, built in 2004, is a contemporary purpose-built institution that authenticates Ancient Hellenic heritage. There’s no legitimate reason for the Marbles to be stuck in British Museum’s grey mausoleum, they need to breathe Athenian air and be bathed in Athenian light. Like all nations, it is for Greece to tell its own cultural story.

The Return of the Parthenon Marbles reflects a shift in the telling of history and invites a challenge of truth-telling now required by the British Museum.

What has changed in recent history is the growth and momentum of public opinion. Australia was the first International Committee for the Restitution of the Parthenon Marbles. Western museums as institutions were once thought to be untouchable. The last 100 years have shown these establishments of history have lying about the provenance of much in their collections. The British Museum has often pressed that Greece is incapable of looking after its cultural heritage, claims are now collapsing

The truth is, that the thief Lord Elgin kept the sculptures in his garden in Scotland while he tried to palm them off to the British Government so he could pay his mounting debts. The Duveen Gallery is poorly lit and not temperature controlled, and the Marbles have resulted in irreversible damage.

The Parthenon Marbles in the British Museum were scrubbed by harsh brushes to make them white, this, in turn, aided the British notion of whiteness, given that Hellenic sculptures were colourful not unlike Indian or Egyptian. The British destroyed all the paint fragments and caused irreplaceable damage. The idea that more will see them in the British Museum is also not true, a recent survey shows that only 33 per cent of total visitors enter the Duveen Gallery.

On the other hand, the restoration of the Parthenon is the best in the world. These techniques learnt in the restoration and conservation of the Parthenon have been used in conserving the Tomb of the Holy Sepulchre. Greece has built a state of the Art museum temperature, humidity and light control. Greece has always been more than capable of looking after its cultural heritage.

The Parthenon was meant to be read as a whole, not separate pieces of art detached from their cultural ecology. We will never understand the Parthenon in all its complexity unless the Sculptures are back to make it whole. The world can not gauge the Parthenon’s mysteries without them.

The refusal to return the Parthenon Marbles is the greatest act of cultural vandalism outside the Taliban, blowing up the Banyama Buddhas.

Theodora Gianniotis is a member of the International Organising Committee, Australia, for the Restitution of the Parthenon Marbles and the Engagement and Outreach Officer for the Australian Archaeological Institute Athens, University of Sydney.