Author, educator and graphic designer Constantinos Emmanuelle will welcome the launch of his second book ‘The Corsica’ on Sunday 27 November from 2-4pm at Saint John’s College Auditorium in Preston.

A follow up to his 2018 book, ‘Tales of Cyprus: A Tribute to a bygone era’, it documents the journey of the migrant ship named ‘The Corsica’ and its maiden and only voyage from Cyprus to Australia in 1951.

“My new book is all about a dilapidated migrant ship called the Corsica and its maiden (and only) voyage from Cyprus to Australia in 1951. On board was the largest group of Cypriot migrants to ever leave the island at one time,” the Cypriot Australian author says about the amazing stories of migration and first-hand accounts about that journey.

The creative process, which began in 2019 saw the author travel extensively seeking interviews with those who had been onboard. Some of the vintage photographs included in 'The Corsica'. All photos: Supplied 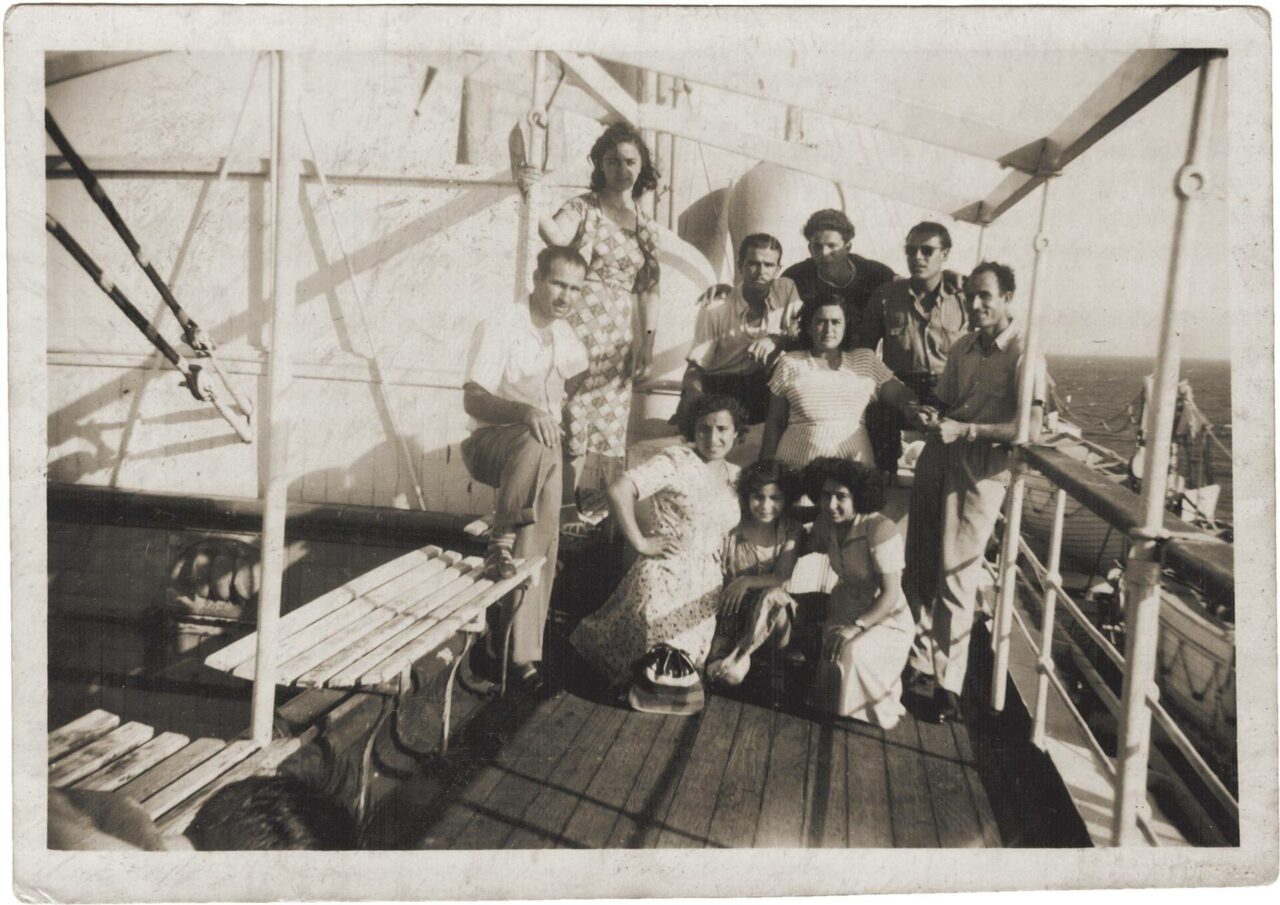 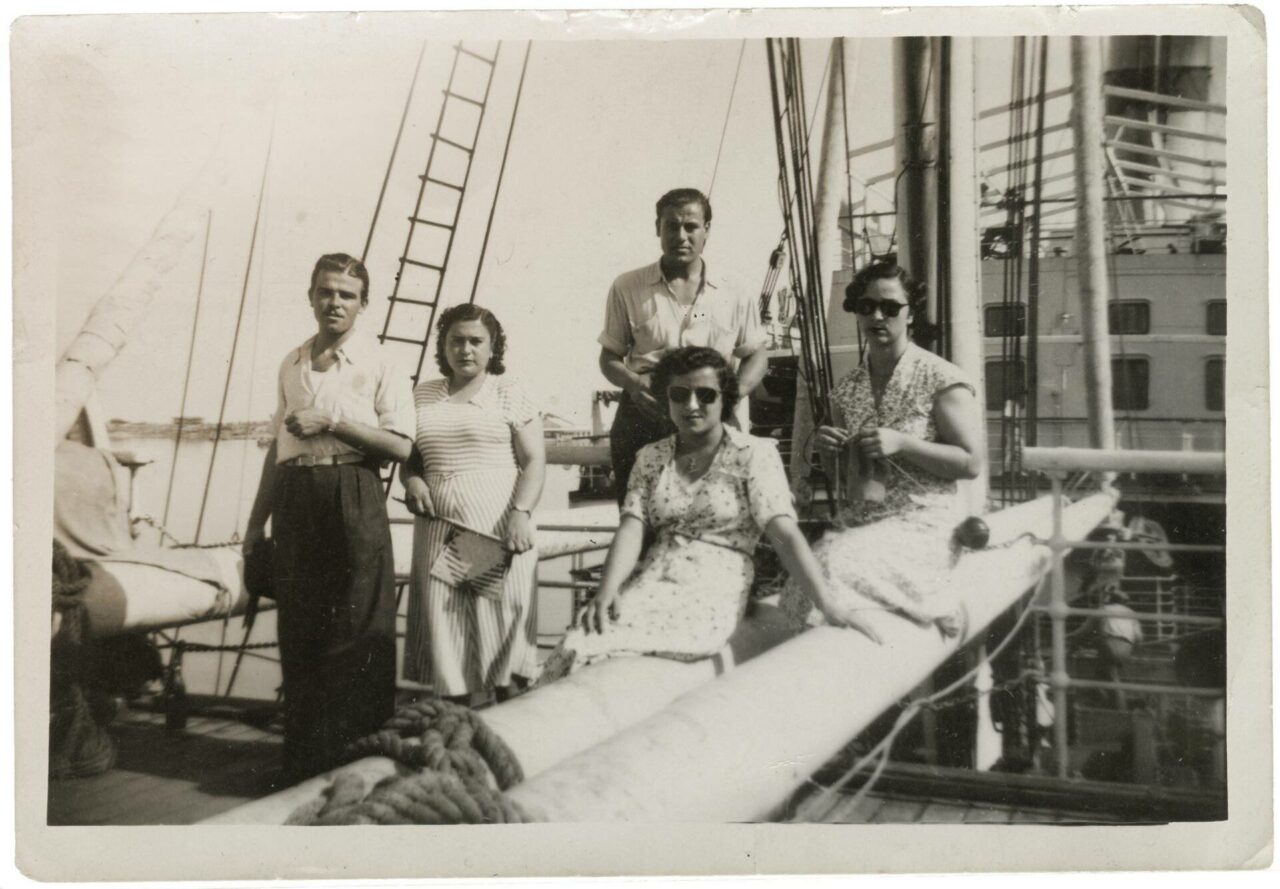 The recounting, informed by 56 interviews conducted by Constantinos with Cypriot migrants who arrived on the ship, details the lives, trials and tribulations of Cypriots who left their island in the hopes of migrating to the opportunity of greater prosperity abroad.

Specifically, the uncertain journey they faced aboard ‘The Corscia’ which by 1951 had become a “dilapidated” vessel “unsuitable for passenger travel” as described by Constantinos.

“As one person stated, ‘it was the ship from hell.'”

“In January 1951, the Corsica, (then known as the Liguria), broke down near Fremantle and had to be towed to port where it was arrested and held by the Australian authorities for repairs. It is therefore astonishing, that ten months later, renamed as the Corsica, she was commissioned to bring over 780 unsuspecting Cypriot passengers to Australia.”

Constantinos said that he had always planned to publish this book about the Corsica in 2022 to mark the seventieth anniversary of her journey to Australia, that sailed in the Port Melbourne in February 1952.

The first large-scale migration of Cypriots to Victoria began after World War II in response to political instability on the island. According to Museums Victoria, the Victorian Cypriot population “increased from just 169 in 1947 to 2,396 in 1954.”

Constantinos highlights that “with each story of migration I have tried to include some background information about the passenger, such as their family life, upbringing and schooling.”

This includes the recording of their reasons for leaving Cyprus, their memories of the journey aboard ‘The Corsica’ as well as details on their life in Australia in the time following their migration.

All passengers interviewed, he mentions, recall the stench of rotten potatoes and onions. Many remembered it as a slow and uncertain voyage, with a poor quality of food, even lacking in the availability of fresh drinking water.

Though Constantinos notes he was careful not to edit the comments made by those passengers he interviewed.

“More than anything, I wanted to preserve their living memories, even though at times, they were at odds with the facts. After all, they are trying to recall events that occurred seventy years ago,” he says.

Above all, this addition to Mr. Emmanuelle’s Tales of Cyprus series, is a celebration of the resilience and determination of those migrants who made the harrowing journey across the sea; arriving in an unknown land with an unknown tongue only to forge a new life for themselves and their loved ones.

As he puts it “I am sure that you will agree that the sacrifices made by these early Cypriot migrants have ensured that their descendants will be able to live a richer and better life. They are my heroes.”