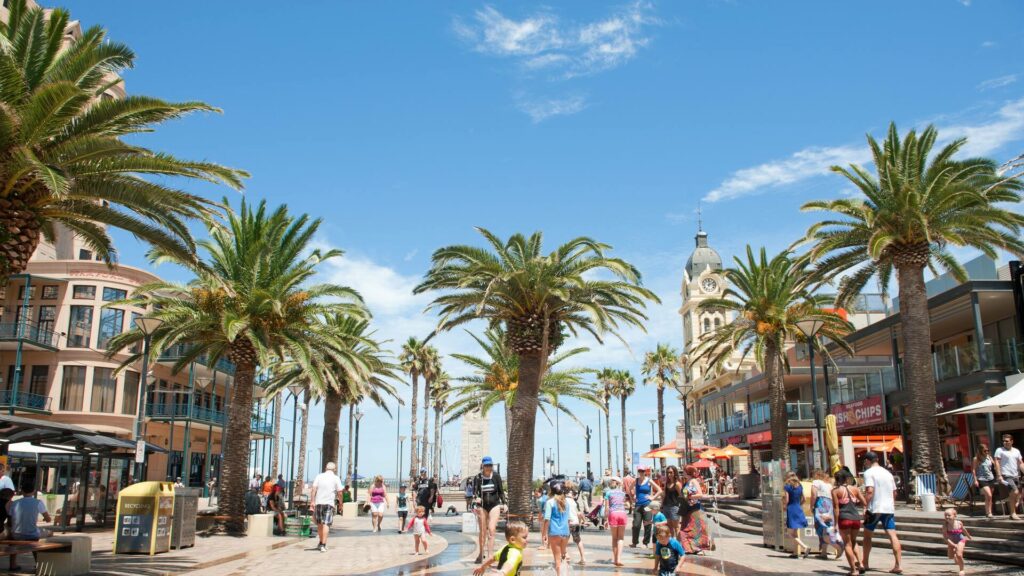 The winter record comes as the state prepares for a spate of major events and festivals in the spring and summer.

Forward booking data from Smith Travel Research shows a surge in CBD hotel reservations for the upcoming inaugural Harvest Rock, a two-day music, food, wine and brew festival in Rymill and King Rodney Parks, the Australia v West Indies day-night Test Match at Adelaide Oval, and the four days of the VALO Adelaide 500, when the Supercars will return to the city streets.

“The last month of winter and the best month we’ve seen in more than two and a half years,” Minister of Tourism Zoe Bettison said after South Australia saw the fifth consecutive month in which visitor expenditure was above or near pre COVID levels.

“This is an incredible achievement, and it puts us in terrific position as we come into the peak summer and festival period,” Ms Bettison said, adding that we are seeing an increase in interstate visitor spend of over 30 percent on pre-pandemic levels.

Latest national visitor survey data for August 2022 from the South Australian Tourism Commission shows that interstate spend was $280 million, a 32 per cent increase on 2019 levels. One of the most significant drivers of interstate visitation that month was the international rugby double-header at Adelaide Oval on 27 August.

At the same time, airlines continue to show strong recovery, with international airline schedules currently at 65 per cent of pre-pandemic levels and domestic airlines sitting at 105 per cent compared to the same period in 2019. With boosts to airline schedules by Qatar Airways, Malaysia Airlines, Singapore Airlines and Virgin Airlines, weekly international flights to Adelaide, are predicted to rise above 90 per cent by January.

“It has been terrific to see the city hotels fill up for big events – the atmosphere is amazing, and I’m hearing so many good stories of visitors to our city and state loving what they are discovering here,” said Ian Horne, General Manager, Australian Hotels Association SA.

Events such as the ICC T20 World Cup, he explained, are a massive boost for hotels, and with Harvest Rock and the Adelaide 500 just around the corner, we’re seeing a really big spike in forward bookings and a lot of positivity to help finish the year with a bang.

“To see a packed summer calendar is an early Christmas gift for hoteliers, their staff and the whole hospitality sector.”