A sold out screening for Cotsis and Genimahaliotis’ Magna Grecia documentary The sold out event was co-hosted by AHEPA NSW Inc’s Chapter Antigone and the Australian Hellenic Educators’ Association.

Australians of diverse backgrounds answered the call to support the promotion of the Hellenic dialect of Calabria, the Greko, a dialect spoken continuously for almost 2,800 years.

A traditional Pontian music performance by Kostas Papoulidis on the lyra and Peter Tsenkas on the daoulikicked off the event, MC’d by Themis Kallos, executive producer of the Greek Program on SBS Radio, who stressed the significance of multilingualism and knowledge of the Hellenic language in modern society.

“What the Greko speakers of Calabria seek is support, recognition of their efforts to continue the living tradition of Greko,” Billy Cotsis told the audience. “With our documentary, we are assisting their efforts.”

The key theme of the event was given by Consul-General of Greece in Sydney Ioannis Mallikourtis in his brief address. 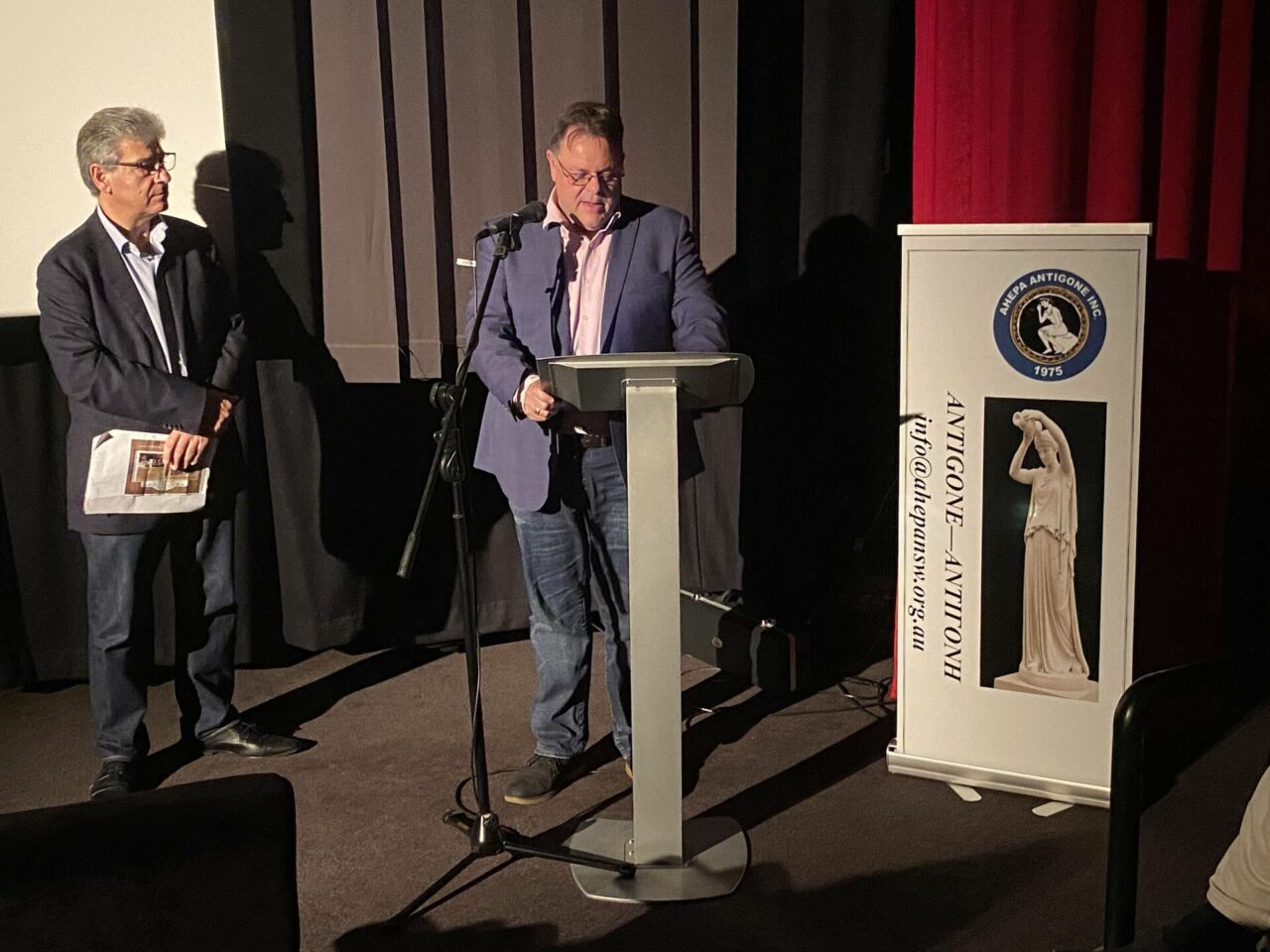 “Our concern is for the Hellenic language to continue to be spoken in Australia. As the Greko-speakers have managed for 2,800 years, then we are also able to do so,” he said.

The film, which runs for 53 minutes, is the result of visits by Cotsis and cinematographer Basil Gennimahaliotis to the Greko-speaking villages of Calabria between 2002 and 2016.

Greko, English, Modern Hellenic and modern Italian are all being spoken throughout the film, a multilingualism reflecting the situation in Calabria.

The film screening was followed by a discussion coordinated by young Calabrian-Sicilian Australian, Belinda Fiori.

The Q&A session included Cotsis, Gennimahalitois and historian Dr Panayiotis Diamadis, who responded to a stream of questions from the audience.

AHEPA NSW INC President Bill Skandalakis also gave a brief address, emphasising the pride of the organisation in being a sponsor of the film, part of AHEPA NSW INC’s efforts in support of Hellenic education.

Last but not least, Chapter Antigone’s President Mrs Charoulla Themistocelous added that “a number of members of our Chapter are also members of the Australian Hellenic Educators’ Association. In other words, involved in Hellenic education in Sydney. This is why it was our honour and our duty to screen this documentary, in their turn, the other documentaries produced by Billy Cotsis about the Hellenic dialects of Calabria and Apulia. These films contain significant lessons for Australian Hellenism”.

Additional screening dates due to demand to be announced.