It all began with a slug 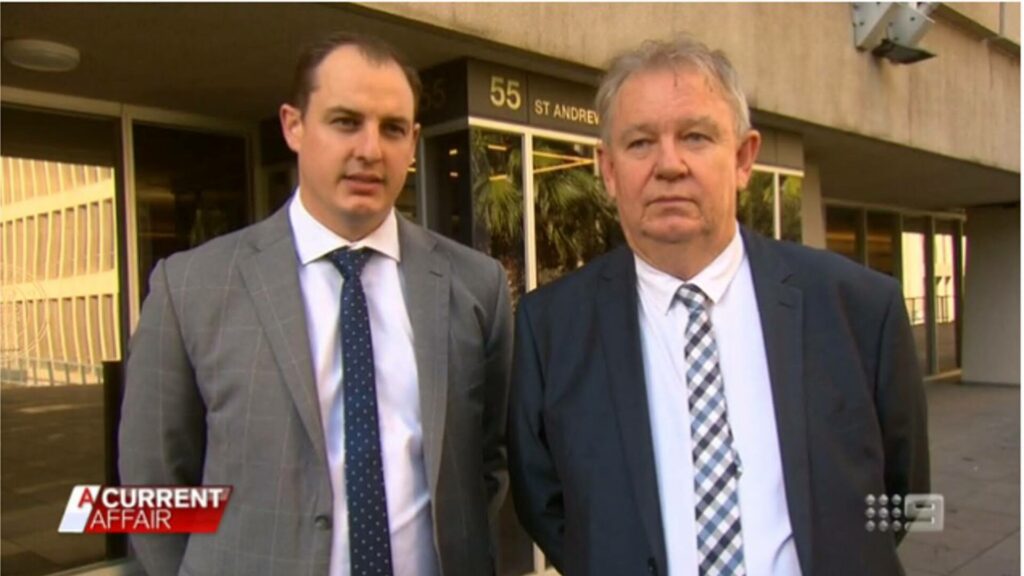 Ben Cook and father Ian Cook are suing the Department of Health and Human Services for tens of millions of dollars. Photo: Screenshot from 9News/A Current Affair

I never wanted to be a politician, and yet now I am running as an independent in the seat of Mulgrave. I am appealing to Greek Australians in the electorate to support me.

February 2019, my family-owned catering business, I Cook Foods, was closed by the then Acting Chief Health Officer, Professor Brett Sutton who said a slug had been found in my business. It later was revealed that it was not true. There is no way the slug could have gotten in the kitchen on its own.

I fought for three years to prove successfully that the slug could not get in the kitchen. And in the process I lost everything.

Forty-one workers lost their jobs and my family lost everything we had worked for over the last 25 years.

I Cook Foods was a direct commercial rival to a state government and local government-owned catering company called Community Chef.

I do not believe the slug issue was a coincidence. Community Chef was going broke, and the closure of my business seems to have been a way of them taking over I Cook Foods’ contracts.

I felt I had to do more to protect small business families, like many of the Greek ones in the area. So, I decided to run as an Independent in Mulgrave.

The people of Mulgrave deserve a local member who believes in integrity and democracy, and who listens to the electorate and meets their needs.

My children were born at Mulgrave hospital and attended a local school. My business was in Dandenong, and I lived in Mulgrave until I was forced to sell my home when my business was closed. Through my business, and my family I have developed close ties to this community and many of the Greeks in the community.

I Cook Foods provided services for Meals on Wheels, in Mulgrave and across Victoria. I also developed new food technology out of respect for the elderly so that their meals, which needed to be pureed, would taste good and look appealing, so they could eat with dignity.

Elders in the Greek community, and all communities, build strong foundations for their children and grandchildren. However, they can be left behind especially when services and information require a computer or a smartphone.

Older people find it hard to access support and resources. It’s important to me that these people, are treated with respect and not left behind, or ignored by politicians from the two main parties.

As a family man and small businessman, I know how difficult it is to provide for our families and manage the increasing cost of living.

Having blown billions during the pandemic, from 2020 to 2021, the Labor government is increasing our very high land tax rates. These taxes are a huge burden on people. Labor won’t admit that this will again drive up the cost of everything.

If elected, I will fight these tax increases to help keep the cost of living down. I will focus on services for the elderly and will do my best to support small business – the cornerstone of the Greek community in the area.

I care about issues that affect the people of Mulgrave. The door to my electorate office will always be open and I will listen.

I will do everything I can to show Greek Australians in Mulgrave how hard-working, caring, and effective a true local member of state parliament can be.